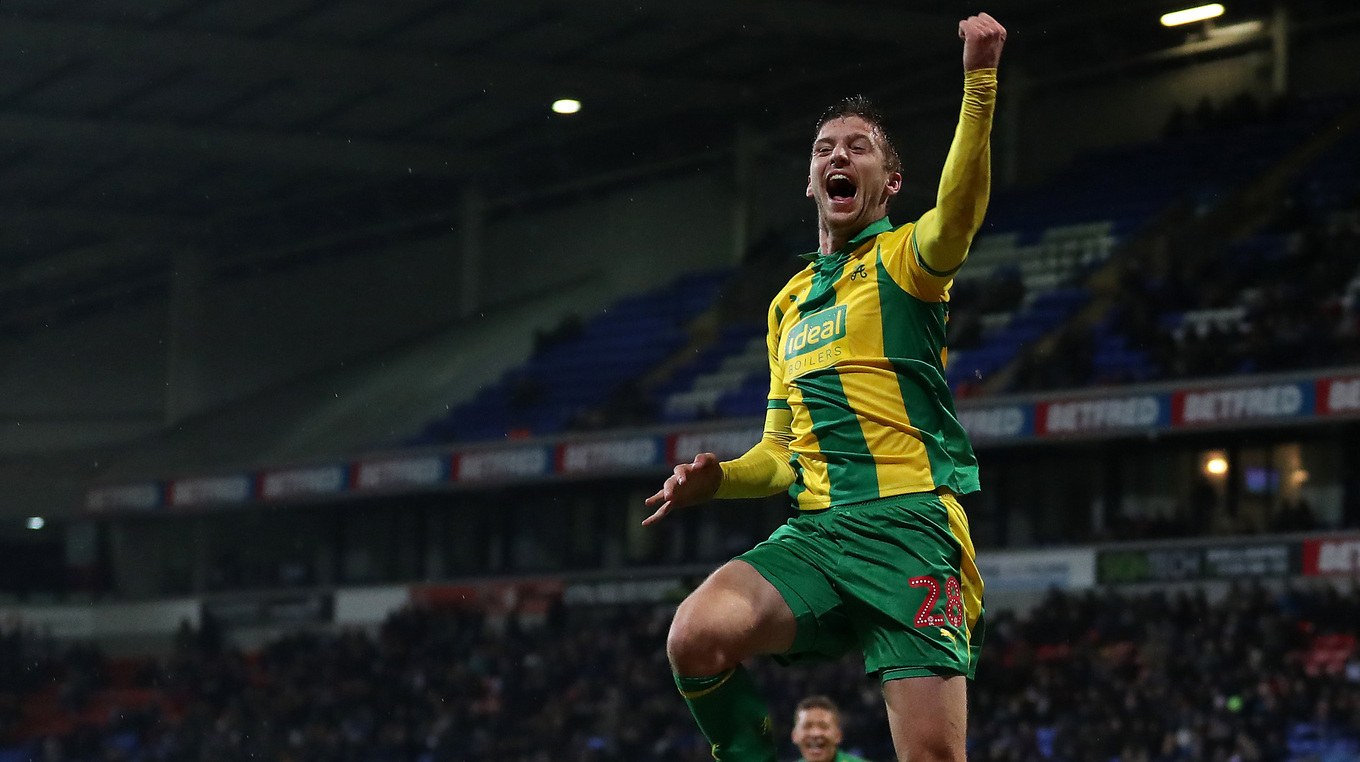 Albion moved up to third place in the Sky Bet Championship with a 2-0 away win against Bolton Wanderers.

A well-earned victory at The University of Bolton Stadium moves the Baggies just three points off the automatic promotion places, with Jay Rodriguez and Sam Field netting for the Baggies in either half.

Darren Moore's side opened the scoring through Rodriguez's 14th goal of the season, as he met Craig Dawson's header across goal after a Chris Brunt free-kick.

The Baggies wrapped up the points in a hard-fought contest with 15 minutes to play, as Gareth Barry passed to Rodriguez, who slipped Field in to score his second-ever senior goal in front of the travelling supporters.

The hosts went close to opening the scoring early on as Gary O'Neil met a cross with a header that was just wide of the post.

Albion's first chance of the evening fell to Dwight Gayle after a superb goal-kick from Sam Johnstone kickstarted a move for the Baggies, but Albion's number 16 couldn't find the target and his volley fizzed wide.

However, it wasn't long before the Baggies put themselves ahead. A Brunt free-kick was headed back across goal by Dawson at the back post, with Rodriguez making certain the ball had gone over the line from close range.

The hosts nearly found a leveller but Johnstone did well to tip a Sammy Ameobi effort over the bar after Pawel Olkowski had crossed from out wide.

Moore was forced into an early change as Brunt, who appeared to be struggling with an injury, made way for Field.

The Baggies came close again as Gayle stung the fingertips of Ben Alnwick in the Bolton goal with a powerful drive from a free-kick.

Shortly after the restart, Jason Lowe hit a testing volley from a well-worked corner for the Trotters, but Johnstone rose once more to turn it over the bar.

The Baggies rallied again, with Field whipping in a low corner to the penalty spot which allowed Ahmed Hegazi to swing a left-footed shot narrowly over the bar.

Then, with quarter of an hour to play, Albion secured the points.

It was a moment to remember for Field as Rodriguez played a pass into Gayle, who dummied and left it for the young Baggies midfielder to poke home underneath Alnwick. A Josh Magennis header late on was caught by Johnstone to keep the Trotters at bay as Moore's side held on to win by two goals.