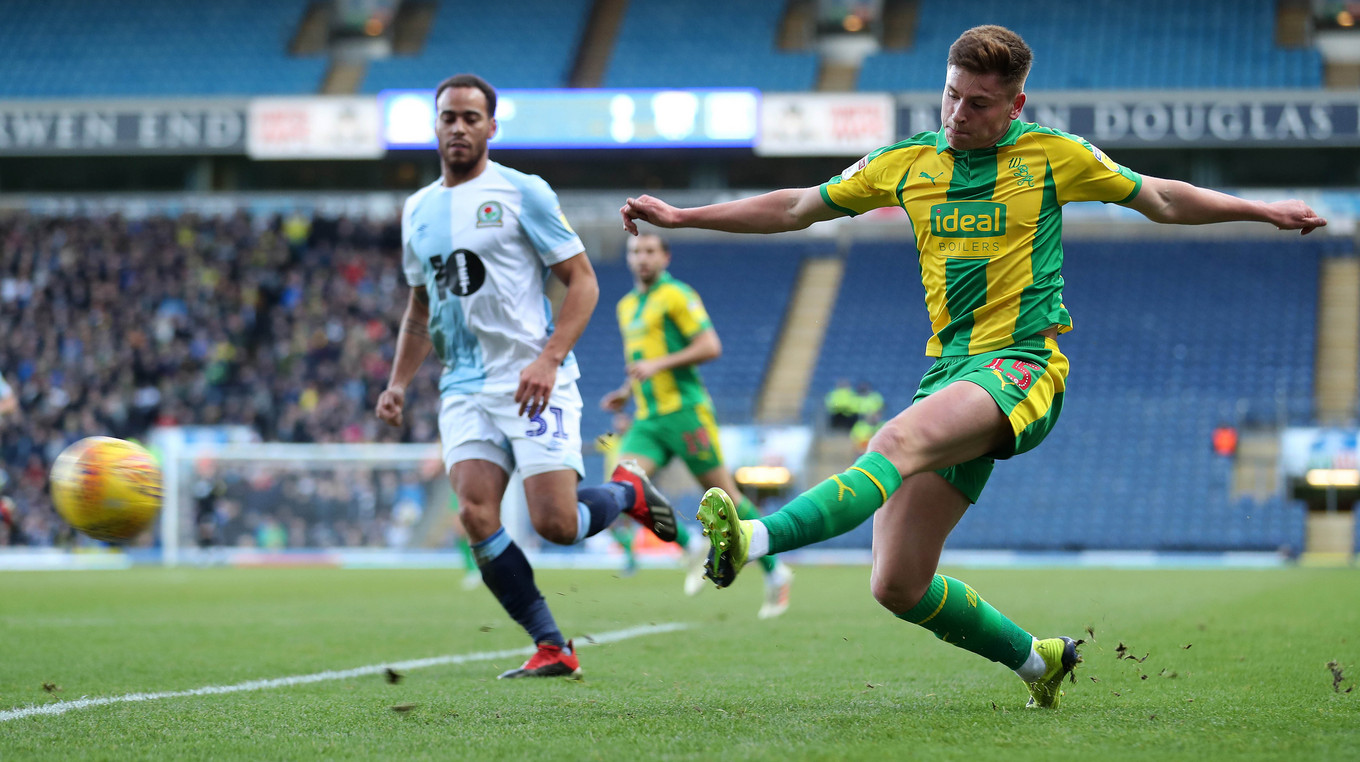 ALBION's nine-match unbeaten run came to an end as they opened 2019 with a 2-1 defeat to Blackburn Rovers at Ewood Park.

Two goals in the space of five early second-half minutes did the damage as Charlie Mulgrew's whipped inswinging corner evaded everyone and found the net before Bradley Dack added a quickfire second for Rovers on the break.

Jay Rodriguez, cleared to play after Saturday's red card was rescinded, put Albion back in contention from the penalty spot, his 13th goal of the season.

But the Baggies, who saw substitute Jake Livermore sent off late on, were left to taste defeat for the first time since early November, ending a sequence of four successive away victories in the Sky Bet Championship.

Sam Johnstone was called upon after just five minutes to make a smart save from Danny Graham as the hosts applied early pressure.

Albion grew into the game and threatened the Rovers defence more than once before Harvey Barnes broke clear down the left to force a save from David Raya after 15 minutes. An open and free-flowing first half continued, albeit with openings hard to come by until Craig Dawson's header brought a stop out of Raya in the 39th minute.

Johnstone then got down quickly to keep out Dack's long-range strike as it remained goalless at the interval.

Yet that all changed just eight minutes after the restart as Mulgrew swung in a corner which flew over everyone in the six-yard box and nestled in the far corner.

And matters went from bad to worse just five minutes later as Rovers broke and Adam Armstrong sent Dack clear, he subsequently cut back inside to evade Kyle Bartley and found the top corner.

Moore turned to Livermore and Brunt off the bench to spark a response.

And it paid immediate dividends.

Barnes was brought down in the penalty area, leaving Rodriguez to step up and convert the resulting spot-kick. Kieran Gibbs came close to levelling soon after, sending an effort narrowly wide, as Albion pressed for an equaliser.

However, Livermore was given his marching orders in the 87th minute following an off-the-ball incident.

And, despite Saturday's injury-time drama against the Owls, it was not to be in Lancashire as the Baggies were left still without an away league win on New Year's Day since 1972.