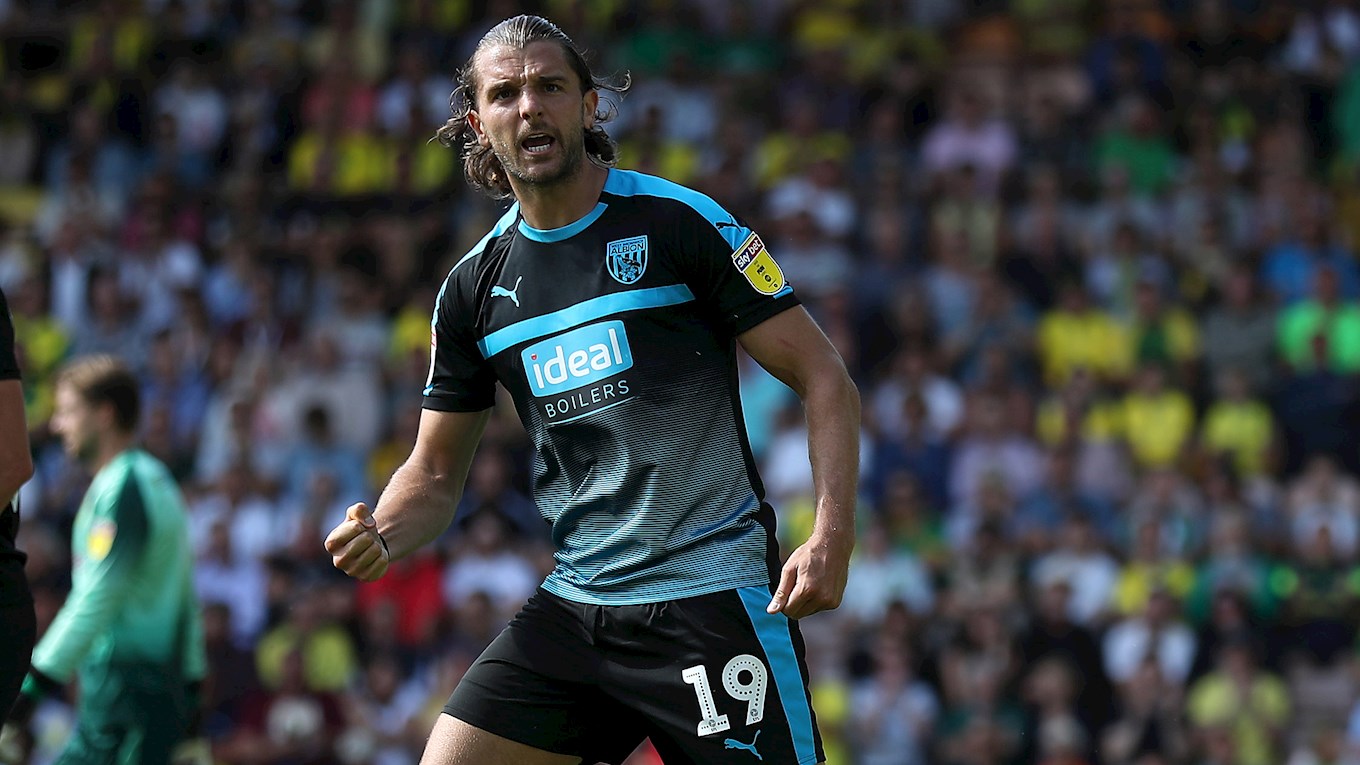 Norwich currently sit second in the Sky Bet Championship, two points off the top of the table having claimed 49 points from their 26 games.

They are managed by Daniel Farke, who has been in post since May 2017 and guided them to a 14th placed finish last season.

The Canaries have won just one of their last five games, drawing three and losing the other, picking up six points out of a possible 15.

The last time Albion faced Norwich was in an entertaining game in August as the Baggies came out 4-3 winners at Carrow Road.

Jay Rodriguez scored a brace, with Harvey Barnes and Hal Robson-Kanu also getting on the scoresheet for the Baggies. • Albion have lost just one of their last 10 league matches, winning six of those games.

• The Baggies come into the game having beaten Wigan Athletic 1-0 in the FA Cup last time out.

• Albion are the top scoring team in the Sky Bet Championship so far, scoring 54 goals.

• Last time out, the Canaries lost 1-0 at home to Portsmouth in the FA Cup third round.

• Norwich have lost just one of their 13 away games this season, with the Canaries also winning six and drawing six on the road.

• This season, Norwich have played in four Sky Bet Championship games that have had six or more goals - one of those matches being Albion’s 4-3 victory at Carrow Road in August.

Here are the highlights from Albion’s 2-1 win against Norwich at The Hawthorns in December 2012.

It was the Canaries that took the lead through Robert Snodgrass, but Albion fought back with Zoltan Gera making the scores level just before half-time and Romelu Lukaku sealing the points for the Baggies with under ten minutes left to play.

Of the 62 matches that have been played, the Baggies have triumphed 26 times, there have been 15 draws and Norwich have won on 21 occasions.

The referee for Saturday’s match is Scott Duncan, and he’ll be assisted by Sam Lewis and Mark Russell - with Darren Bond as the fourth official.

This will be the second Albion game that Scott Duncan has refereed this season, having reffed the Baggies’ 1-1 draw with Blackburn Rovers at The Hawthorns in October.

Comprehensive coverage of the clash with Norwich is available in our Match Centre, where you can listen to live commentary on WBA Radio or follow our live text feed.