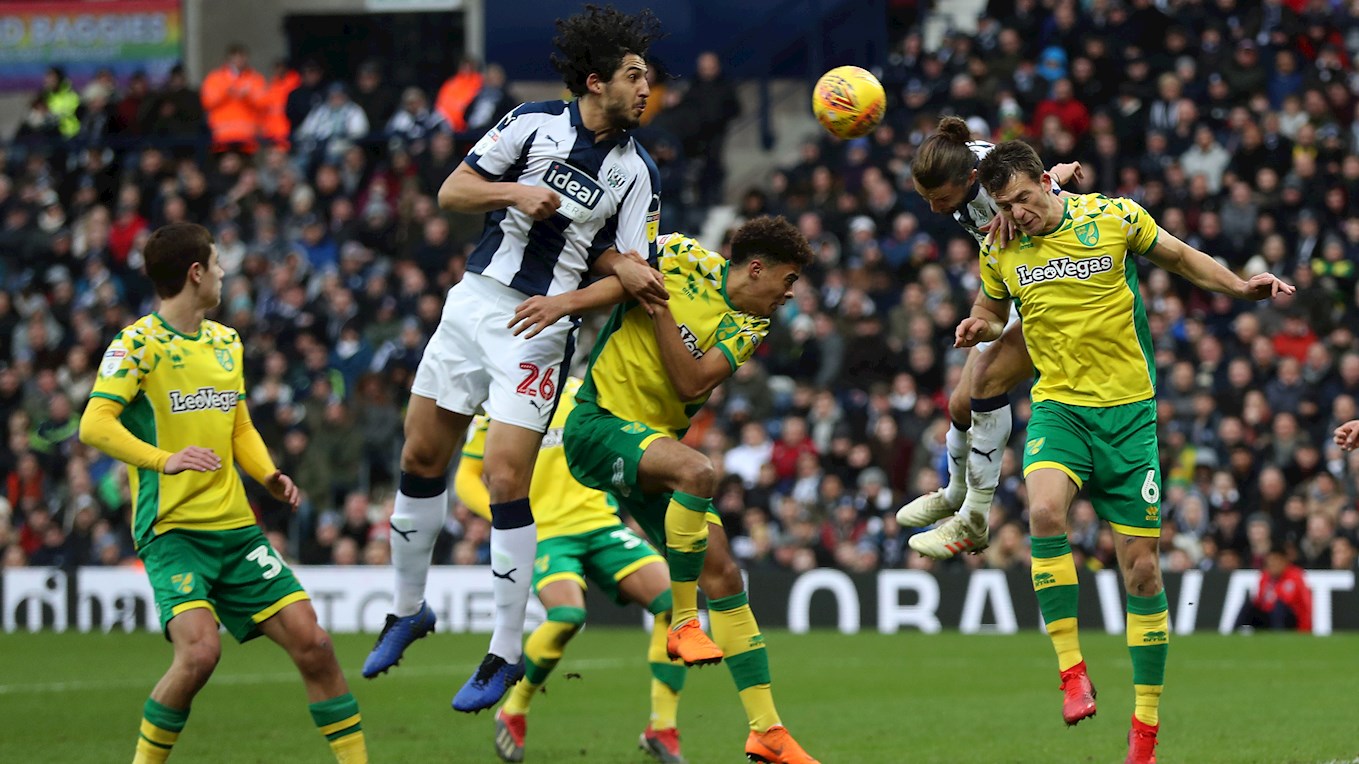 Fit-again frontman Dwight Gayle pounced with a predatory finish to convert an inch-perfect cross from Mason Holgate in the 12th minute and register his 14th goal of the season.

Yet Canaries substitute Jordan Rhodes levelled in the 83rd minute to ensure the spoils were shared after an entertaining encounter in front of 26,544.

The point extends Albion's impressive run to just one defeat in 12 matches in all competitions and they remain unbeaten on home soil since the end of October.

It came against a Norwich side who had not tasted away defeat in 11 league matches heading into the encounter, with Hal Robson-Kanu denied by Tim Krul in injury time.

The Baggies, who found the net for the 23rd consecutive league match at The Hawthorns, will now fly out to Dubai for a warm-weather training camp ahead of next Monday's trip to Bolton Wanderers.

Albion showed five changes from their last league outing at Blackburn Rovers on New Year's Day - Holgate, Rekeem Harper and Chris Brunt coming in along with Gayle and Ahmed Hegazi, who both returned from injury.

Matt Phillips and James Morrison missed out due to injury while Harvey Barnes was recalled by parent club Leicester, with Kyle Bartley and Tosin Adarabioyo on the bench.

And it was Gayle, missing since Boxing Day due to injury, who handed the Baggies the perfect start. Holgate, making his league bow, delivered a low cross to the front post which was met by the onrushing Gayle, who got ahead of his marker to poke the ball home.

Yet it was Sam Johnstone who came to Albion's rescue just after the half hour to make a fine save to keep out Teemu Pukki's header.

Academy graduate Harper, making his first league start for the club, tested Krul as a high-tempo and well-drilled Albion held an advantage at the break.

A furious start to the second half saw Robson-Kanu and Gareth Barry both force impressive saves from Krul, before Pukki sent an effort narrowly over at the other end. A swift Albion move saw Gayle drill over in the 55th minute before Johnstone got down well to parry from Canaries substitute Dennis Srbeny.

Pukki fluffed his lines for the visitors when well placed in the 70th minute, Holgate sending a fine strike just over the crossbar for the Baggies.

Yet it was Rhodes who pounced late on to snatch an equaliser for the visitors at the near post, with Robson-Kanu going close to an injury-time winner as Albion pushed forward in response.