‘They were absolutely brilliant’ - Johansen 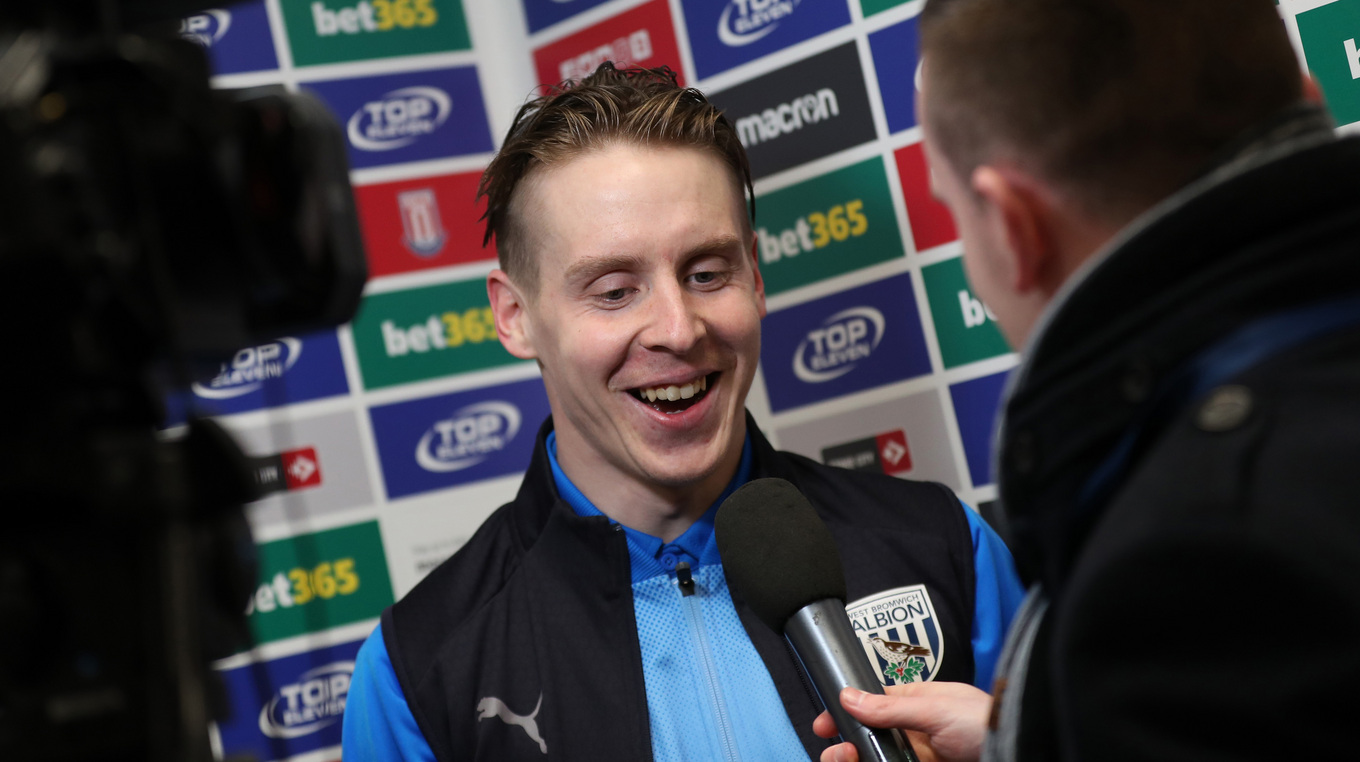 Stefan Johansen was blown away by the support he received from Albion fans at Stoke City and says he’s been welcomed with open arms since arriving at The Hawthorns.

The January deadline-day signing impressed on debut as the Baggies claimed their first 1-0 win of the Sky Bet Championship season on Saturday.

And the Norway international captain insists players, staff and supporters have made it a pleasurable first ten days at the club.

“They were fantastic, absolutely brilliant,” he replied when asked about the contribution of the 2,900 Albion supporters at the bet365 Stadium. “The only fans I could hear throughout the game was them so credit to them. They were absolutely fantastic.

“There was a little kid there that had come on the trip so the least I can do is give him my shirt. “The boys have been brilliant and the coaching staff as well. It has been quite easy for me to get to know the boys and to fit into the group.

“I feel I have a bit to do on match fitness and I started to feel a bit tired the further we went in the game. That’s normal, I haven’t really played much football this season. That will come. It was an okay debut.”

He added: “The most important thing is that we got what we came for which was the win. We got the three points.

“The boys said they have played better football than this but it’s about winning and three points.

“The games come so quickly it’s important to get three points and then focus on the next game.

“I think it was a deserved win and it’s a huge three points.”