Scott: FA Youth Cup run a decade in the making 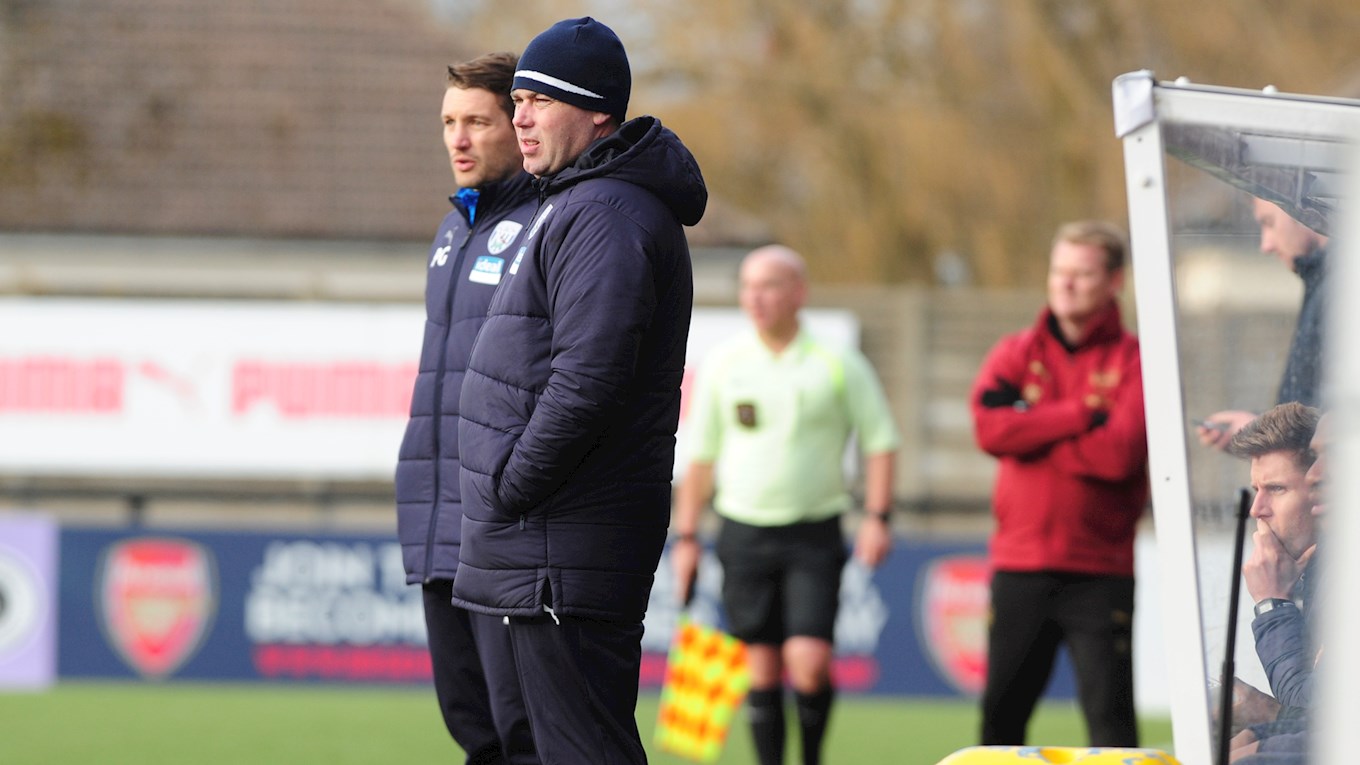 Albion Under-18 boss Mike Scott says his side’s progress to the FA Youth Cup quarter-finals is an achievement ten years in the making.

The Baggies beat Arsenal 2-1 at Meadow Park to secure a spot in the last eight of the competition - Albion's best run in English football's premier youth tournament this century.

And Mike believes the Academy's dedicated staff have been key to the development of the players who starred against the Gunners, many of whom have been with the Baggies for the best part of a decade.

“We know that this group of players have developed together since an early age. Over the last ten years I’ve seen their pathway and journey all the way through.

“I’ve seen that as a group they have always got that ability to have really good cup runs, since their schoolboy years. We’ve always competed against teams with bigger budgets than us. “I’m pleased they have shown what they are capable of doing as a group. What helps is so many of them getting the opportunity to play in the under-23s with Jamie Smith.”

Scott is confident his side have the potential to progress further if they are at their best.

“I’ve said from day one with this group that I honestly believe we are capable of winning it - that’s not arrogance, but from looking at what they have done in their journey in the Academy.

“I think they have a belief in themselves that they can go as far as possible in the competition. The further the lads go in the competition the more our Academy is being talked about and it is raising the profile of the Academy.

“A lot of credit needs to go to the staff such as under-18s coach Peter Gilbert, who has worked wonders to prepare this team tactically for the cup run, we’re delighted to have Mark Naylor back from the first team and Jimmy Shan has been brilliant.

“The support staff have worked hard behind the scenes to make sure we have every player available and to keep them fit and fresh for us, which is no small task, when they are having to play a lot of under-23s games."

The Baggies will host Everton or Brighton - who play on Tuesday evening - in the FA Youth Cup quarter-finals.