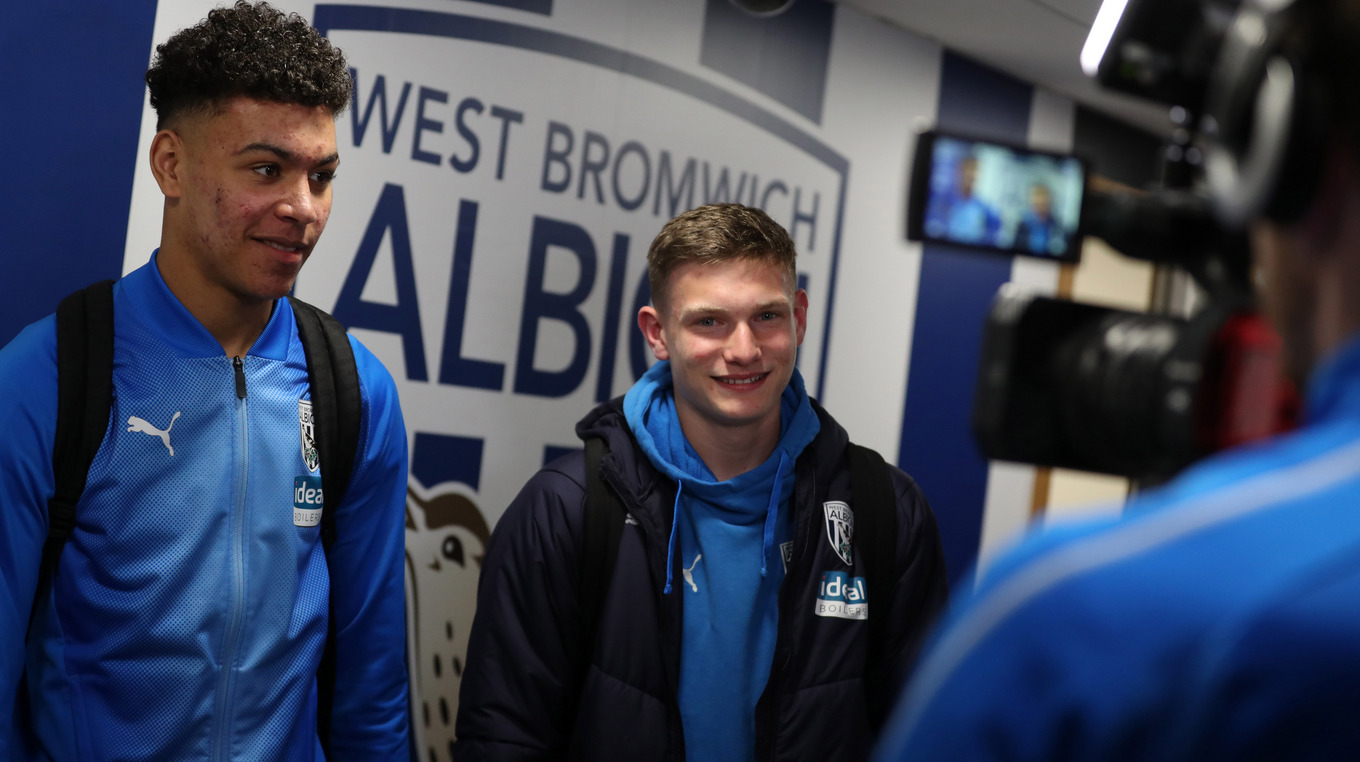 Goalscoring duo Taylor Gardner-Hickman and Morgan Rogers heaped praise on the ‘courage and desire’ of their teammates after they twice came from behind to beat Everton 4-3 and reach the FA Youth Cup semi-finals.

The victory sets up a mouthwatering last four clash away at Manchester City as Albion attempt to win English football’s most prestigious youth competition for the first time since 1976.

And Gardner-Hickman, who has been at the club since he was just seven, says the young Baggies will go into the clash full of confidence and belief after they’ve reflected on a special night at The Hawthorns.

“What a feeling. I’m just delighted to get the winning goal, the boys were class,” said Taylor.

“I just saw the opportunity open up and went for it, and luckily it went in. I’ve done it in training but in-game is where it counts, so I’m just happy to help the team out.

“Man City is going to be a big game. But I think if we play anything like tonight, in which we have shown courage and desire, then I think we can beat anyone.”

Another youngster who’s made his way up the Albion ranks over the last decade, Rogers was also delighted to get on the scoresheet and believes experience at Premier League 2 level for most of the Under-18 squad played a key part in Tuesday night’s comeback.

“It helped us to get through the game, overcome the deficit and pull through it as a team," he added.

“Coming through as a group from the start until now, it’s a great feeling to be able to get to the semi-finals. I'm very happy to contribute to the win."