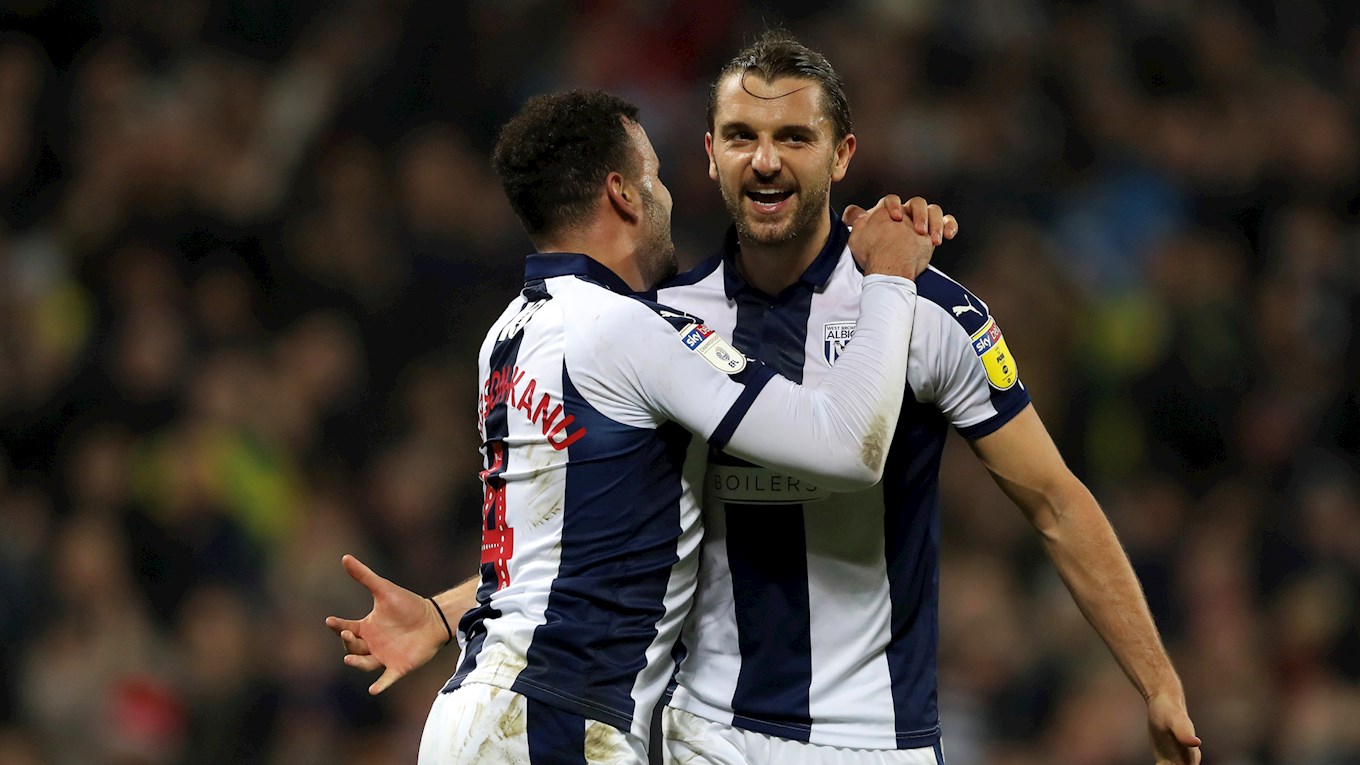 Aston Villa are currently in 10th place in the league, and come in to this game after a 1-0 loss at manager Dean Smith's former club, Brentford.

The Bees scoring the only goal of the game in the 91st minute to condemn Villa to their eighth loss of the season.

Smith took over from Steve Bruce in October - he had previously been at Brentford.

Their top goalscorer is Tammy Abraham, who has bagged 19 league goals this season.

Our last meeting was in December, as Albion twice came from behind to steal a late point at The Hawthorns in a 2-2 draw.

Villa took the lead through a deflected Anwar El Ghazi shot, which was cancelled out through a brilliant goal by Dwight Gayle from an Albion counter-attack.

Just before the hour mark, El Ghazi fired in a superb strike from the edge of the box, but the Baggies came from behind once more with a last-gasp equaliser from Jay Rodriguez in front of the Birmingham Road End. • Darren Moore's side are the highest scorers in the league so far, with 62 goals.

• The Baggies have won six of their last seven games away from home.

• Albion have the best goal difference in the league, scoring 22 goals more than they have conceded.

• Villa have won just two of their last twelve games.

• Dean Smith's side have drawn 14 league games this season, the most in the league.

• This season Villa have won just six of their 16 home games.

Here are the highlights from Albion's 2-1 victory at Villa Park in 2011, as the Baggies came from behind to win all of the points in front of the delighted travelling support.

Darren Bent fired Villa in front from the penalty spot, but after a Chris Herd sending off, Albion were in the ascendency. The man advantage paid dividends as Jonas Olsson scored a header to equalise and Paul Scharner fired in the winner for the Baggies.

Of the 168 matches that have been played, the Baggies have won 54 times, there have been 37 draws and Villa have won on 77 occasions.

The referee for Saturday's match is James Linington, and he'll be assisted by Mark Russell and Robert Merchant - with Stephen Martin as the fourth official.

James Linington has refereed the Baggies once this season, officiating for Albion's 2-1 win at Swansea City.

Albion's game at Villa is a complete sell-out. There will be 2,167 Baggies cheering on Darren Moore's men.

Supporters that don't have a ticket to watch the game at Villa Park can watch it at The Hawthorns on the big screens for £5. To buy a ticket for The Hawthorns screening, click here.

WBA Radio is the only service that allows Baggies fans around the world - from Smethwick to the Sahara - access to uninterrupted live commentaries from every one of our competitive games. iFollow subscribers can join Gez Mulholland, former Albion player Andy Johnson and Dave Bowler for Baggies-biased live commentary on Saturday.