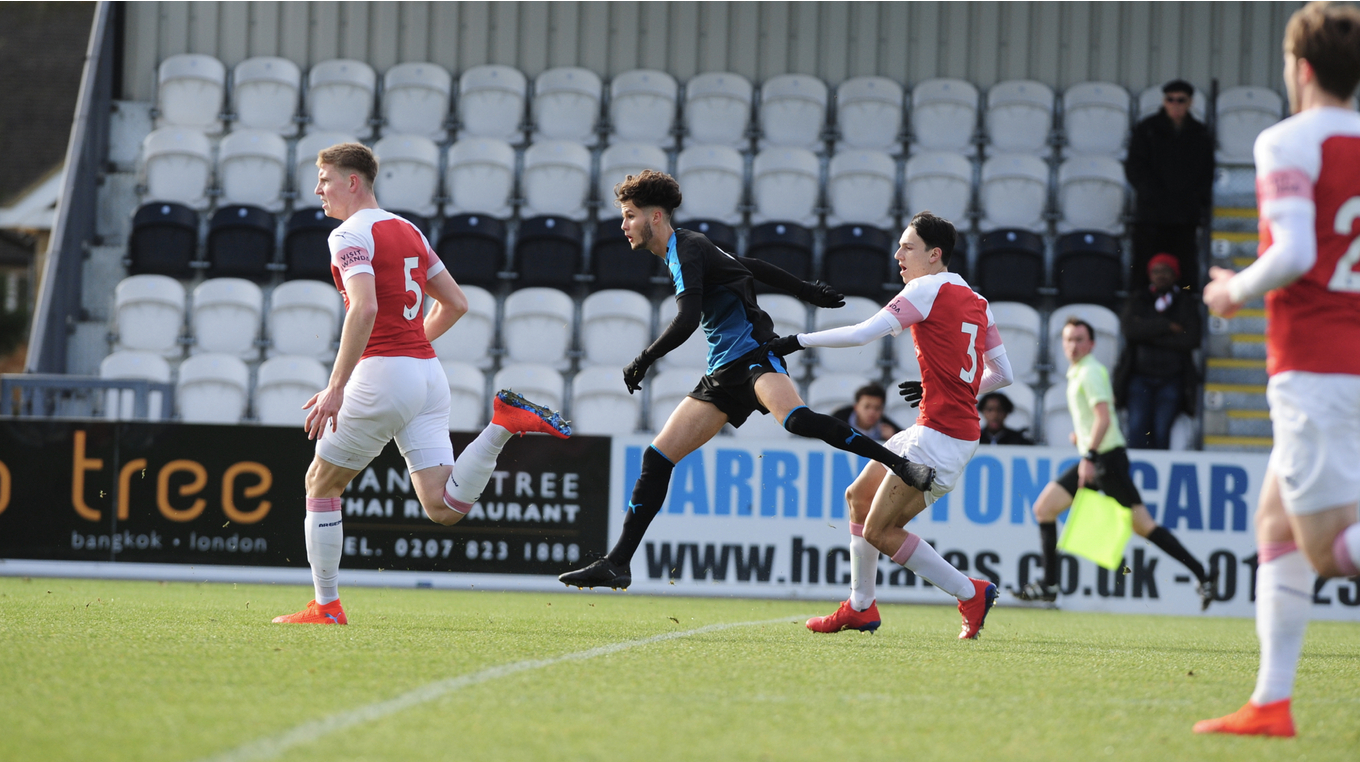 Albion Under-18s secured their spot in the FA Youth Cup quarter-finals after an impressive 2-1 win against Arsenal Under-18s in a tight encounter.

Goals from Jamie Soule and Finn Azaz saw the young Baggies progress to the last eight of the competition, setting up a tie with either Everton or Brighton.

Albion took the lead early on, as an Azaz pass slipped through Soule on goal, who hit a low right-footed shot into the bottom corner.

The Gunners retaliated, and it wasn't long until they had a promising chance themselves. Ben Cottrell played through Bukayo Saka, who hit a left-footed volley goalwards - only for Josh Griffiths to tip his effort onto the bar.

However, just after the half-hour mark, Arsenal were level. The ball dropped loose in the Albion penalty area following a free-kick, and Saka was the quickest to react, firing home from close-range.

Both teams searched for a way through the other, but each side were denied time after time.

But then, heading towards the last 20 minutes, the Baggies smelt blood.

16-year-old Morgan Rogers emerged in the Arsenal half with the ball and ran at the heart of the Gunners' defence, before passing to Soule. Albion's goalscorer played the ball to his left, where the oncoming Azaz rifled a strike past Arthur Okonkwo in the Arsenal net.

With the game drawing to a close, Arsenal forced Albion back into their own half.

The Baggies had to live life dangerously; Griffiths was forced into action, making a collection of excellent saves to stop the tie from going to extra-time.

He said: "It was the kind of display that had a bit of everything and was very mature. They did themselves and the Club proud."