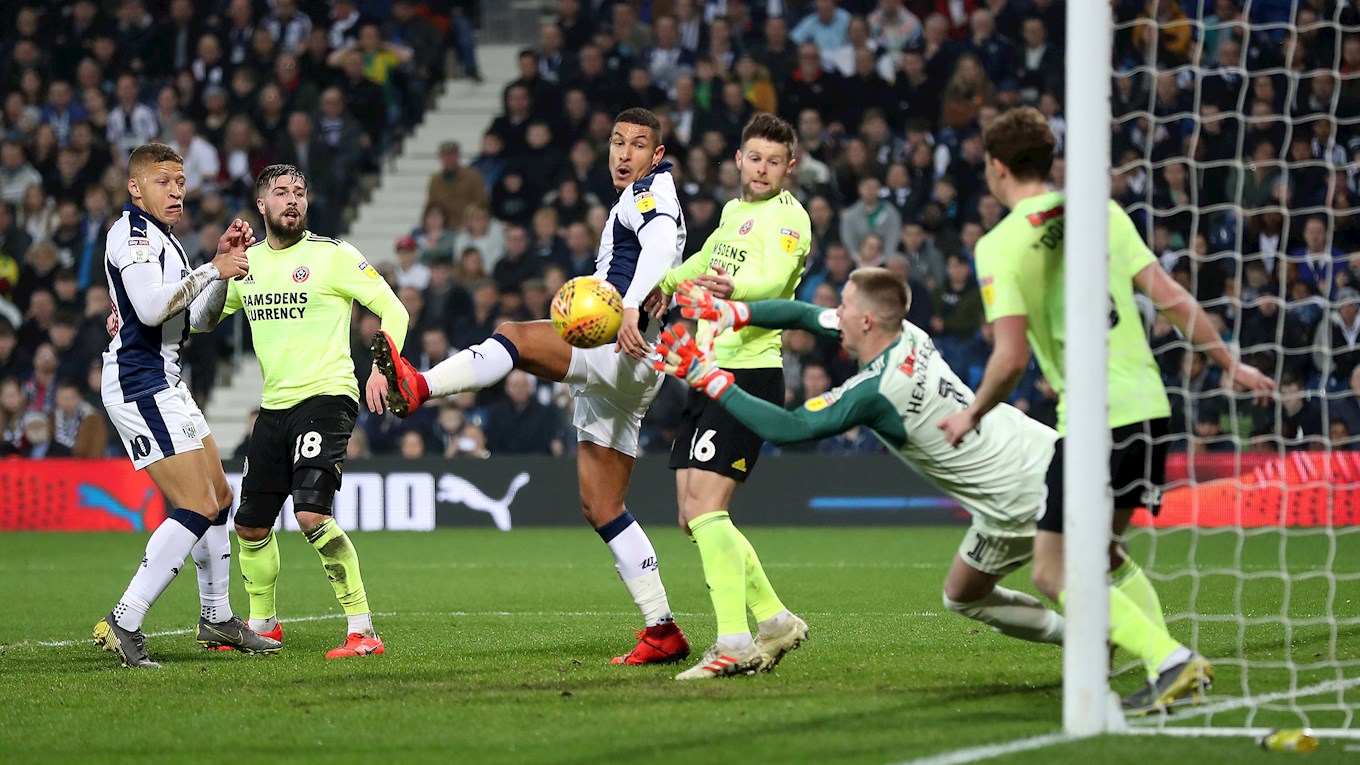 Albion suffered a 1-0 Sky Bet Championship defeat against Sheffield United at The Hawthorns.

Kieran Dowell headed home the only goal of the game for the Blades in the 14th minute to end Albion's four-match unbeaten sequence and inflict only a third defeat in 18 league matches.

It was just the fourth time this season the Baggies have drawn a blank and the first time their attacking threats have been thwarted on home soil.

Darren Moore's side will be looking to make amends when they travel to fellow high-fliers Leeds United next Friday.

Yet it was the visitors who struck the first blow on the counter-attack, Martin Cranie capping off a break with a sliding cross for Dowell to send a looping header over Johnstone.

The Baggies goalkeeper was called upon to make a superb one-handed save to deny Marvin Johnson just minutes later.

Mason Holgate curled an effort wide after 24 minutes before Johnstone, again, had to be at his best to deny David McGoldrick from a tight angle.

Gayle narrowly failed to connect with Harper's attempted shot before Craig Dawson's header, from another corner, was collected by Dean Henderson, with the Blades leading at the interval.

Clear-cut openings were few and far between at the start of the second half, with defences firmly on top.

Jefferson Montero and Tosin Adarabioyo were introduced shortly after the hour mark, replacing Phillips and the injured Hegazi respectively.

Gayle could not fully connect with Kieran Gibbs' left-wing cross before United substitute Gary Madine sent a tame effort straight at Johnstone at the other end.

Jay Rodriguez saw a late goal disallowed for handball and Gayle was denied by Henderson as the Baggies tasted defeat.