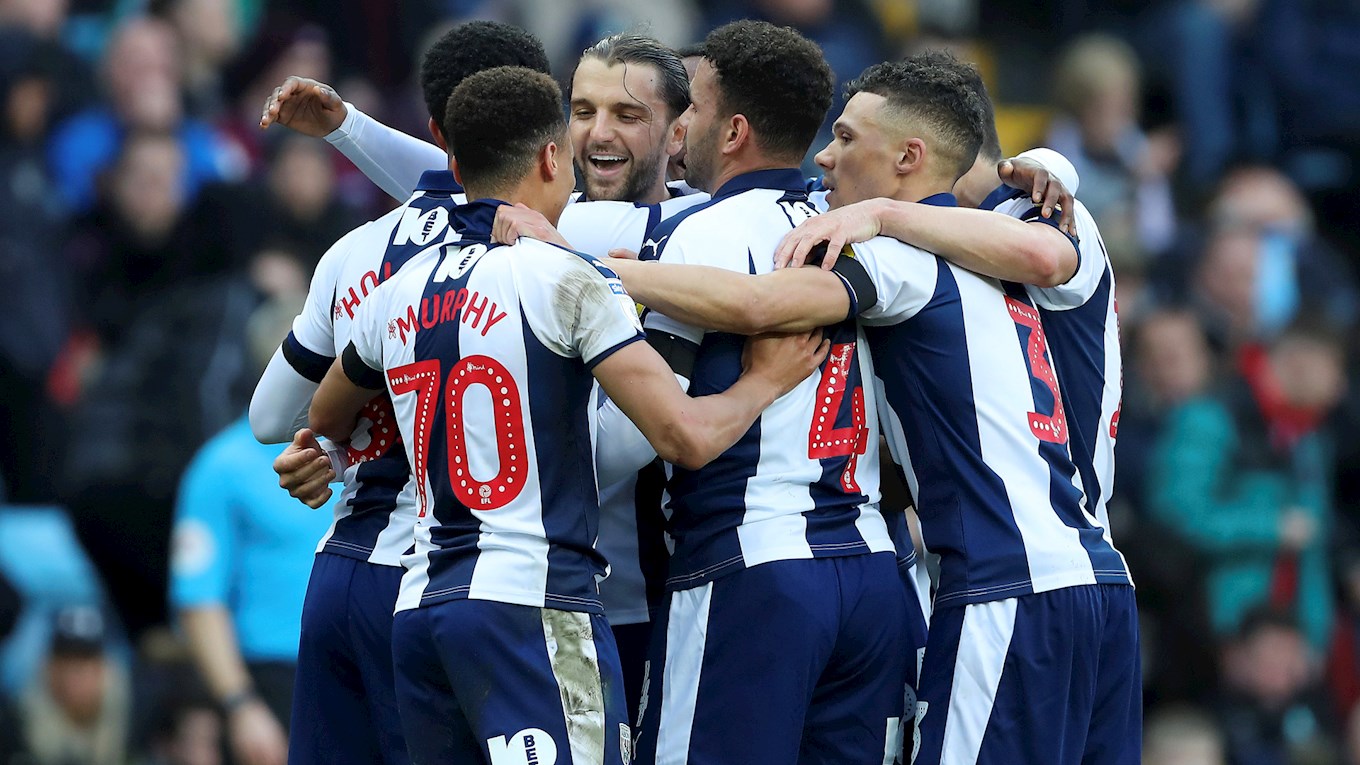 Albion will host Sheffield United to The Hawthorns this Saturday for an important clash at the top of the Sky Bet Championship table (ko 5.30pm).

Sheffield United are currently second in the league, one point ahead of the Baggies, who are fourth.

They are managed by Chris Wilder, who is a former player of theirs.

Billy Sharp is the Blades' top goalscorer, with 22 league goals to his name.

Our last meeting was in December, as the Baggies came from behind to take all three points in a 2-1 victory at Brammall Lane.

David McGoldrick struck first for the Blades, but Gareth Barry levelled the scores before half-time, meaning that when Kieran Gibbs fired a shot past Dean Henderson into the back of the net, it secured the victory for Albion. • Sheffield United have picked up just two points from their last three away games in the league.
• Of the four games that the Blades have played against the other top-four teams, they have picked up just four points.
• Wilder's side have lost eight times this season - with five of their losses coming on the road.

Here are the highlights from Albion's 3-1 victory against Sheffield United at The Hawthorns in January 2010.

A Graham Dorrans penalty put Albion in front with Roman Bednar extending the Baggies' lead before half-time. The visitors managed to pull one back from a Darius Henderson penalty after the break, but Jerome Thomas made sure that it made little difference as he restored Albion's two goal lead a minute later to seal the points.

Of the 112 matches that have been played, the Baggies have triumphed 44 times, there have been 27 draws and the Blades have won 41 of those matches.

The referee for Saturday's match is Oliver Langford, and he'll be assisted by Akil Howson and Philip Dermott, with Darren Bond as the fourth official.

Oliver Langford has refereed two Albion games this season. This will be his first game this season at The Hawthorns, having previously officiated as Albion drew 2-2 at Sheffield Wednesday and lost 2-1 at Blackburn Rovers.

Tickets for Albion's clash against the Blades are on general sale.

Comprehensive coverage of the clash with the Blades is available in our Match Centre, where you can listen to live commentary on WBA Radio or follow our live text feed.

WBA Radio is the only service that allows Baggies fans around the world - from Smethwick to the Sahara - access to uninterrupted live commentaries from every one of our competitive games. iFollow subscribers can join Gez Mulholland, Dave Bowler and former Albion player Andy Johnson, who is once again linking up with our team for Baggies-biased live commentary on Saturday.