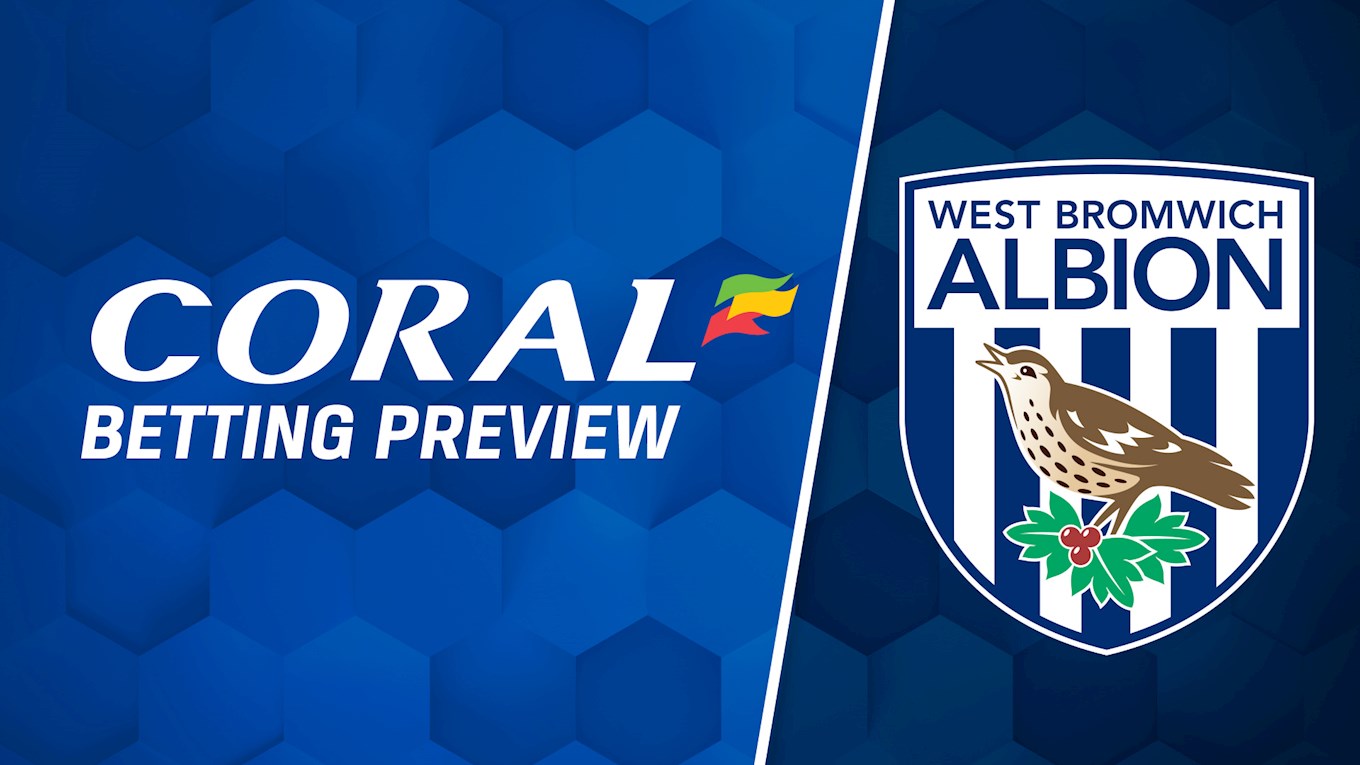 As well as Livermore scoring for the first time this season, Jefferson Montero capped a fine team move with an early strike, Jacob Murphy rifled home his second goal in his fourth appearance, and Holgate supplied a second assist in as many games, his third in total.

With Matt Phillips also back in action and Dwight Gayle available again, all bodes well heading into Saturday’s clash with Sheffield United at The Hawthorns – let’s see who the smart money’s on according to our official betting partner Coral.

Darren Moore could restore Dwight Gayle alongside Jay Rodriguez, and you can back either of those two to score first at 9/2.

For your own unique bet combining multiple match scenarios, tweet the bet you want #YourCall@Coral. Or, choose from the existing #YourCall markets already priced up.

Remember that you get a 10% bonus on your winning accumulator bets with Coral’s Acca Bonus. Land a winning acca with 4+ selections, and they boost your winnings by an extra 10%, up to £100.

If you don’t yet have an account with Coral, you can get their Bet £10 Get £30 special, exclusive to new customers – bet £10 on any football match and get another 3 x £10 bets for football.

Going into this weekend, just three points separate the top four who are now threatening to pull away from the rest. Albion are the evening kick-off so, if earlier results go their way, a win could leave them leading the Championship by Saturday night. Bring it on!