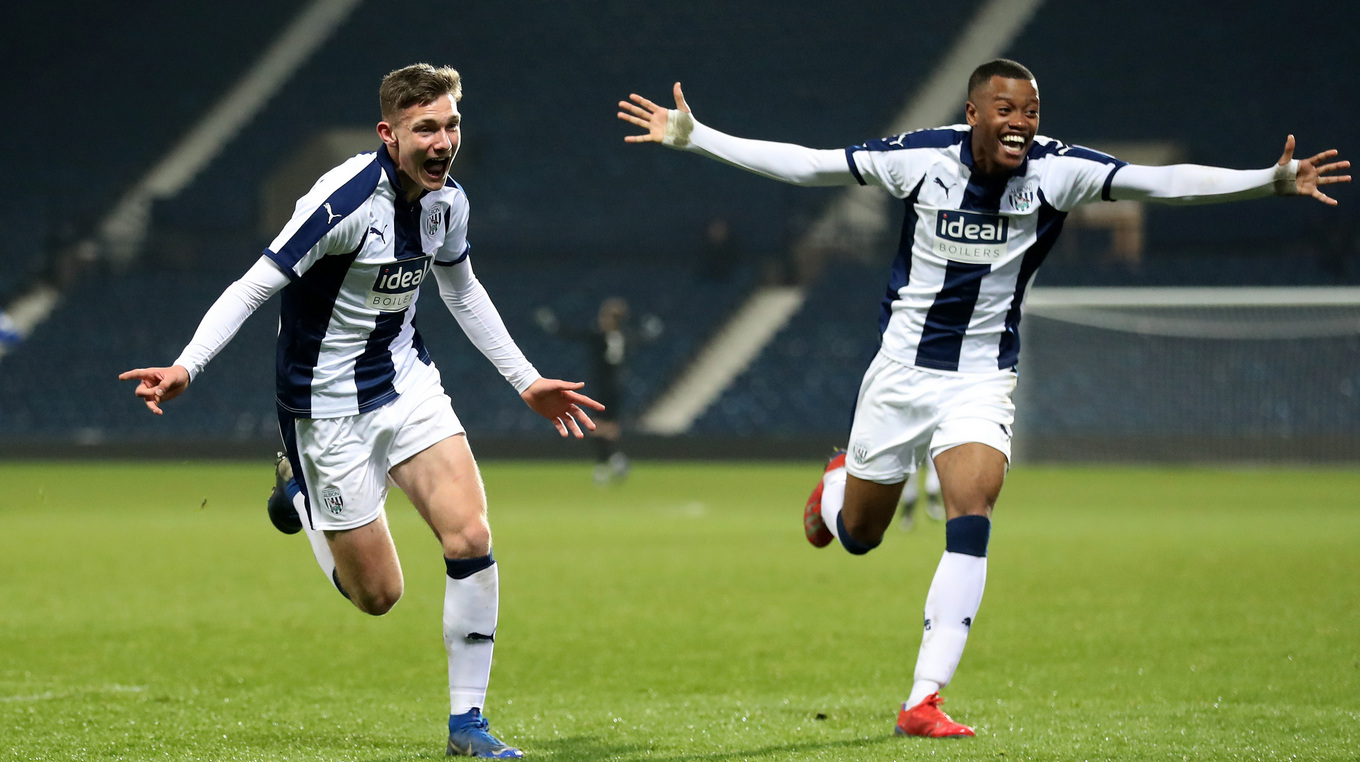 Albion Under-18s twice came from behind to earn a brilliant 4-3 win over Everton in their FA Youth Cup quarter-final at The Hawthorns.

The young Baggies found themselves two goals down after Bobby Carroll and Korede Adedoyin had put Everton in an early commanding position.

Rayhaan Tulloch and Tom Solanke hauled Mike Scott’s side back level with goals either side of the break, and despite Ellis Simms restoring Everton’s lead in the second-half strikes from Morgan Rogers and Taylor Gardner-Hickman saw Albion complete a magnificent turnaround.

They will now face Manchester City in the last-four for a shot at a place in the final.

The away side went in front inside seven minutes when Carroll took advantage of a defensive mishap to fire past Josh Griffiths from the edge of Albion’s penalty area.

Everton had the better of the opening quarter of the game, going close when Anthony Gordon smashed a free-kick against the crossbar, and doubled their lead through Adedoyin’s deflected effort on 20 minutes.

Albion finished the first-half strongly, though. Morgan Rogers had a close-range effort saved and George Harmon curled over before Rayhaan Tulloch halved the deficit nine minutes before the break.

Within three minutes of half-time the young Baggies were level - Tulloch again playing a key part in the goal as his run and cross was swept home by Solanke.

But it didn't take long for Everton to re-establish their advantage, Simms following up a long-range shot to tap in the rebound.

Albion didn't allow the goal to halt their flow as they continued to battle under the lights. Rogers’ low strike was kept out well by Harry Tyrer and Jamie Soule had a cheeky attempt from a tight angle cleared off the line.

The Baggies’ pressure then finally paid off with 76 minutes on the clock as Rogers netted into the bottom right corner from the just outside the six-yard box.

A couple of minutes later the turnaround was complete when substitute Gardner-Hickman cut inside from the left and curled home a stunning effort to spark fantastic scenes of celebration.

Mackenzie Hunt was sent off for Everton with nine minutes remaining, and Albion comfortably saw the game out to earn a place in the semi-finals.