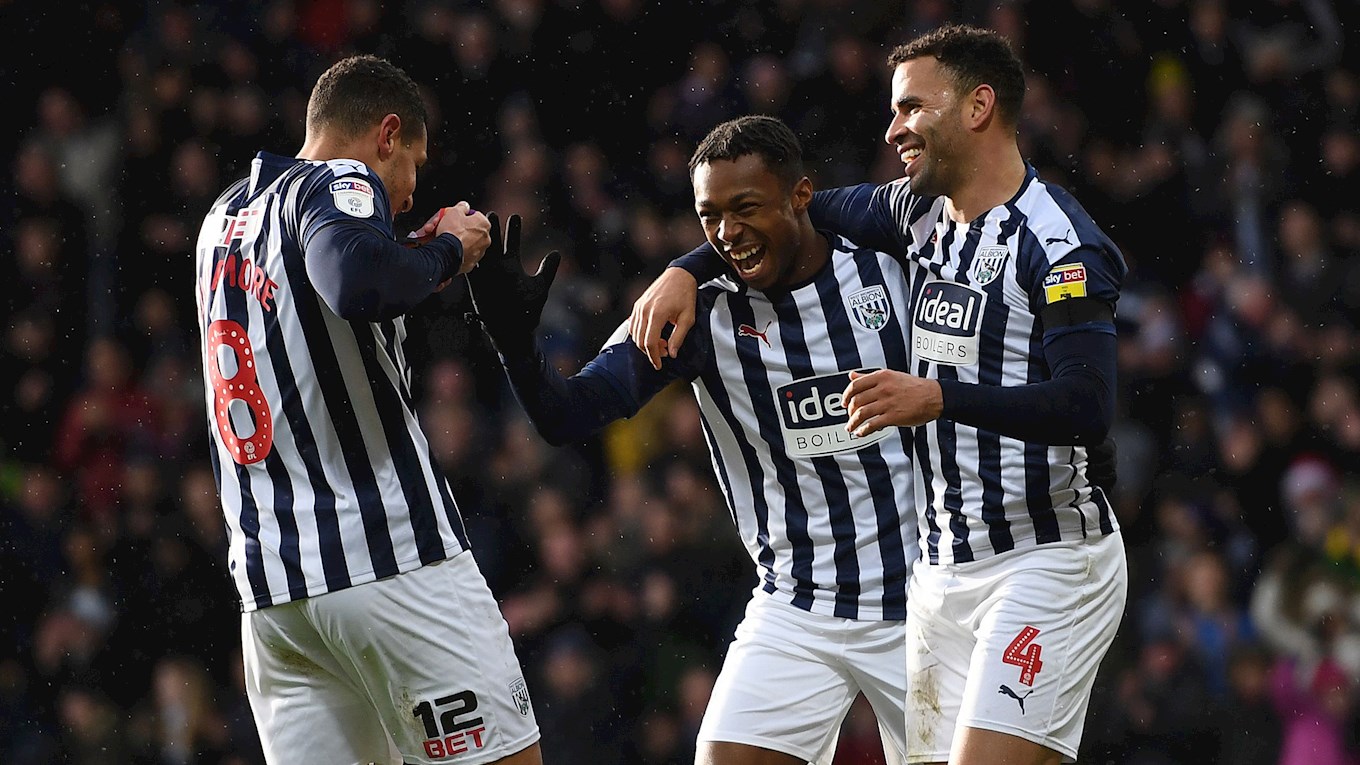 Albion will look to extend their unbeaten run to 13 games with a victory against Brentford at The Hawthorns on Saturday (ko 3pm).

Bryan Mbeumo netted for the fourth game in a row to help Brentford win the west London derby against Fulham at Griffin Park in their most recent game.

The result moved the Bees up to fourth in the Championship, and Mbeumo took his tally for the season to eight.

Thomas Frank has had an encouraging first 14 months in charge at Griffin Park.

The Danish boss stepped up from Assistant Head Coach to take the reigns in October 2018 and despite a tough start that saw him win one of his first 10 matches, a strong second half of the season meant they ended up 11th.

Frank’s maiden senior management job was at Brondby where he achieved 4th and 3rd placed finishes to qualify for Europe, but was dismissed following just under three years in charge towards the end of the 2015/16 term.

Ollie Watkins has already netted double-figures in the Championship so far this season scoring 13 goals in 22 games and is yet to go more than three games in a row without a strike, even chipping in with a handful of assists too.

He grabbed a combined 23 goals in his first two campaigns after making the step up from League Two Exeter City in 2017, where he attracted attention by notching 26 times in 78 appearances as a teenager.

The most recent clash between the Baggies and the Bees was at Griffin Park in March.

Albion eventually ran out as 1-0 winners in a fast-paced battle thanks to Kyle Edwards who made a mazy run before chopping inside, dodging a duo of defenders and firing into the net.

• Bilić’s Baggies are the top scorers in the Championship - and have scored ten more goals than any other team in the division, finding the net 45 times.

• Albion have now recorded 16 league matches without defeat at The Hawthorns stretching back to February, the club's longest unbeaten home run since 1920.

• Ollie Watkins is the third top scorer in the Championship, with 13 goals to his name.

Last time out Charlie Austin came on as a substitute and fired in twice to help the Baggies win 3-2 at St Andrew’s.

The Albion forward has now scored six goals in his last five games. In total, Charlie Austin has netted seven Sky Bet Championship goals for the Baggies - and every single one of them has come in the second half.

Our support at St Andrew's was just superb. We look forward to hearing this at The Hawthorns on Saturday.

If you watch one video today then make sure it's this one. 🔊🎶 pic.twitter.com/4H76ytxm2A

Albion have made additional tickets available for the game following the move of the Smethwick End divide.

The fixture is on course for a sell-out in the home sections but more seats are now on sale after Brentford returned tickets from their allocation.

Blocks A3 and A6 in the Smethwick End are now available to home supporters online, in-person at The Hawthorns ticket office, or by calling 0121 227 2227.

Comprehensive coverage of the clash with Brentford is available in our Match Centre, where you can listen to live commentary on WBA Radio or follow our live text feed.