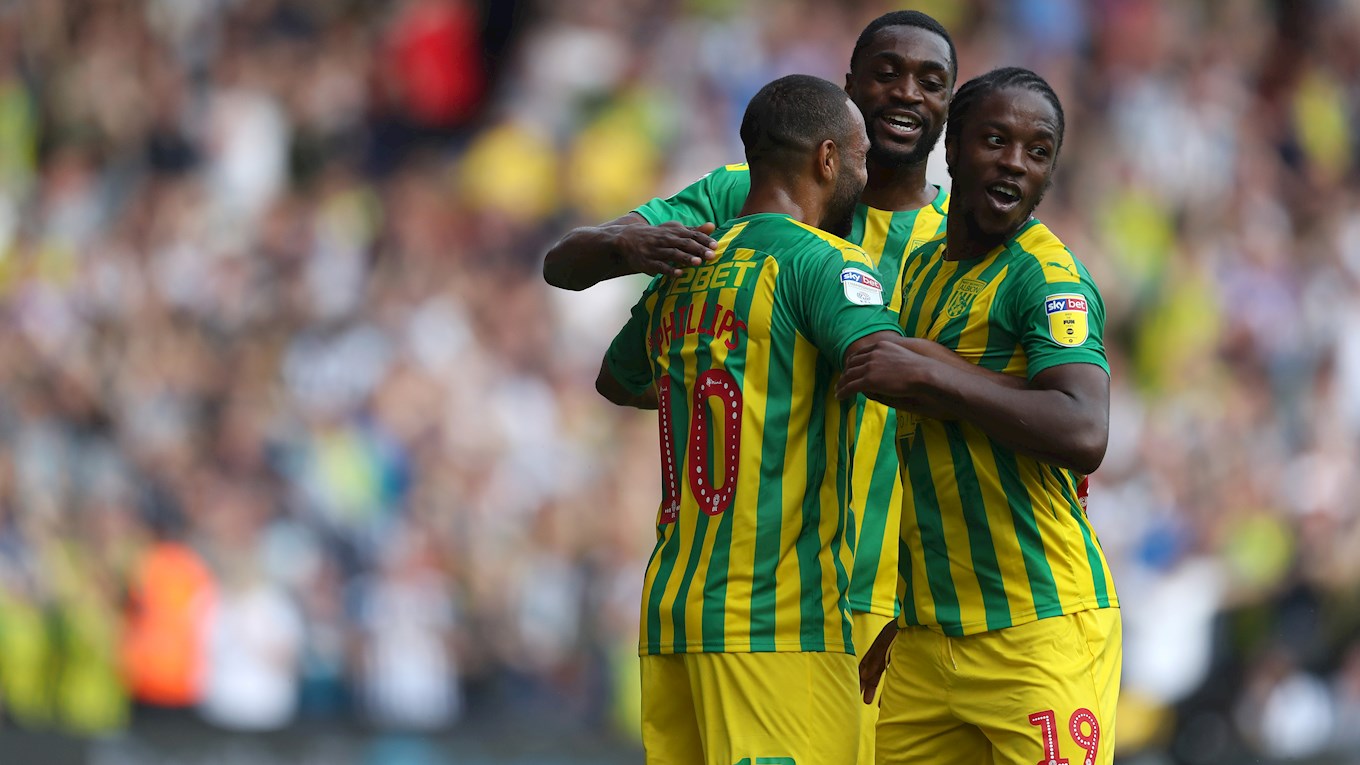 Slaven Bilić’s Baggies will look for a second away win of the season when they head to Kenilworth Road to play Luton Town on Saturday, August 17 (ko 3pm).

Last time out the Hatters fell to a 2-1 defeat against Cardiff City. Aden Flint handed the advantage to the Bluebirds early in the second half which kick-started an eventful finale.

Luton looked to have snatched a point through Matty Pearson when they scored with less than five minutes to play, but an Issac Vassell goal deep into stoppage time resigned the Hatters to defeat.

Luton are managed by Graeme Jones, who was unveiled as their new boss in the summer following promotion to the Championship.

Nathan Jones began last season at the helm for the Hatters but made his move to Stoke City in January, leaving Mick Harford to lead the Hatters to the League One title.

Graeme’s most recent vocation prior to his appointment at Luton was as Darren Moore’s assistant manager at The Hawthorns, spending eight months with the Baggies until his departure in March.

James Collins has scored 20 or more goals in his last trio of campaigns and has enjoyed successive promotions with the Hatters.

The 28-year-old striker fired in 25 goals last term and netted on the opening day against Middlesbrough with five minutes to play to salvage a point for the Hatters.

The last time we locked horns with Luton was last season. Albion beat the Hatters 1-0 in the Carabao Cup, with Oliver Burke scoring the only goal of the game just after the hour mark.

• The Baggies have won their only away trip of the season so far, beating Nottingham Forest 2-1 at the City Ground.

• Albion are unbeaten in their last five games against the Hatters, winning three times at The Hawthorns and drawing twice at Kenilworth Road.

• Slaven Bilić's side have netted four goals in three games with the goals coming courtesy of four different goalscorers.

• Luton have beaten Albion ten times in the league, while the Baggies have got twice the amount of league wins to their name against the Hatters.

• Graeme Jones' side have scored two goals in the last five minutes of normal time in the two league games they have played so far.

• The Hatters haven't beaten Albion in their last four home fixtures against the Baggies.

Here are the highlights from the last time Albion met Luton in the Championship, with two late Kevin Phillips goals snatching a late victory for the Baggies.

Charlie Austin netted his first goal for the Baggies on Tuesday night as he nodded home from close range against Millwall in the Carabao Cup.

Finding the back of the net is a feeling that the Albion forward is familiar with; he arrived at The Hawthorns with a record of 150 goals in 325 professional games.

You can read more about Austin here.

Albion's croatian midfielder discusses life at The Hawthorns ahead of the trip to Luton.

"I feel like I have been here 15 years. Everything is perfect."@fkrovinovic10 on why he loves life at the Albion, messages of support from the fans and our start to the season... 💬

The referee for Saturday’s match is Andy Woolmer, and he’ll be assisted by Adrian Waters and Michael George - with Stephen Martin as the fourth official.

Andy Woolmer refereed the Baggies once last season, during the 1-1 draw with Ipswich Town at The Hawthorns in March.

Kenilworth Road will be a sell-out on Saturday with more than 1,000 Baggies making the trip to back Slaven Bilić’s boys in Bedfordshire.

Thank you as always for your brilliant support.

Comprehensive coverage of the clash with the Hatters is available in our Match Centre, where you can listen to live commentary on WBA Radio or follow our live text feed.