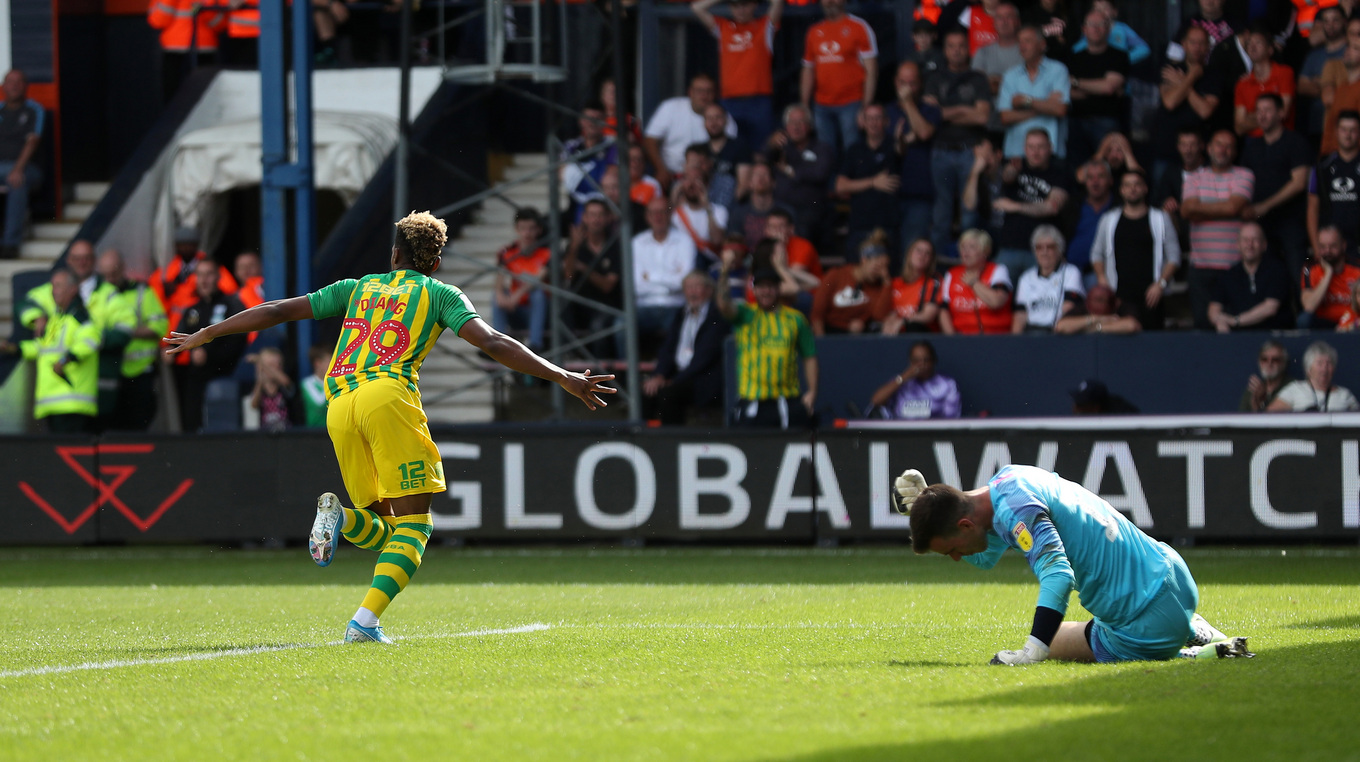 Town led early on through Harry Cornick’s header but an inspired half-time substitution from Slaven Bilić was crucial in turning the game around.

Grady Diangana came on for his league debut and he made a tremendous impact - scoring twice in three minutes straight after the break to put Albion ahead.

And the away side comfortably held on to earn all three points in Bedfordshire and remain unbeaten from their first three fixtures, also bringing an end to Luton's 28-game home unbeaten record.

Albion remained unchanged for the third consecutive league game but named new signings Matheus Pereira, Diangana and Charlie Austin on the bench for the first time.

And it was the Baggies who had the better of the opening 10 minutes, though couldn’t turn their domination of possession in to clear-cut opportunities - Kyle Edwards’ blocked shot the only real sight of goal.

The home team were more clinical with their chances, taking the lead on the 15-minute mark when Cornick found space in the box and powered a header past Sam Johnstone.

Slaven’s side, after an initial Luton barrage following their goal, then pushed forward again. Matt Phillips flashed an effort wide, Jake Livermore stung the palms of Simon Sluga and Kenneth Zohore could only guide his header over as half-time approached.

Slaven made a change at the interval, replacing Edwards with Diangana, and it had a near-immediate impact.

The West Ham loanee equalised with a superb low long-range shot into the bottom corner three minutes after the break before soon completing the turnaround, heading home from Filip Krovinović’s deflected strike.

Albion remained in control for the majority of the second-half, keeping the ball well and attacking with pace, skill and power. Austin, who replaced Zohore for the final 11 minutes, went closest to finding a third goal when he smacked the post from no more than six yards out.

The home side rarely troubled Johnstone as the clock ticked down, and Bilić's men saw the game out despite three minutes of added time.