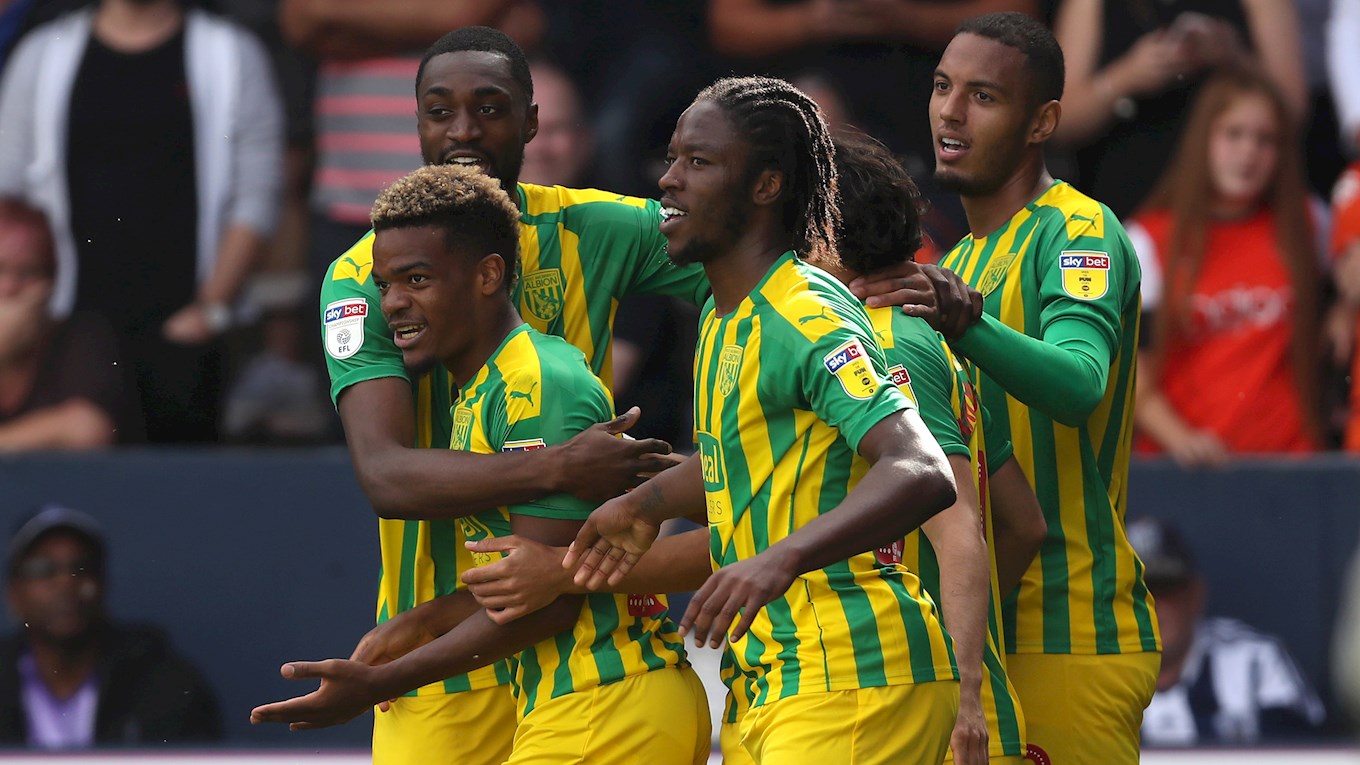 Albion will be looking for a third Sky Bet Championship away win on the bounce when they head to Derby on Saturday (ko 12.30pm).

County were beaten 2-1 at home to Bristol City in midweek.

And, despite pulling one back with five minutes left through Jack Marriott’s individual effort, Derby couldn’t force a share of the points and were handed their first defeat of the season to leave them with five points from four games.

The former PSV and Fenerbahce boss, who has finished fourth at the World Cup with the Netherlands as both a player and assistant coach, has three Eredivisie titles to his name as a manager. Versatile attacking midfielder and winger Tom Lawrence is certainly a player who the Baggies will need to keep an eye on this weekend.

He’s started all four of Derby’s league games, scoring twice, and has been included in the Wales squad for next month’s international fixtures.

Lawrence netted at The Hawthorns during the 2018/19 campaign and grabbed a total of eight goals en route to their Play-Off final defeat.

The Rams got the better of Albion in both fixtures last season, with the 3-1 win on the final day securing their place in the top six.

• Albion have come from behind in three of their four league matches to pick up points.

• The Baggies won their last August visit to Derby, a 1-0 triumph at the beginning of the 2003/04 Division One campaign.

• County have won the last three meetings between the sides in all competitions.

• Their last victory over Albion in August was back in 1969.

• Cocu's men haven't yet won at home this season, drawing 0-0 with Swansea in their first Pride Park outing before the loss to Bristol City.

Zohore could be a key player for Albion on Saturday after netting his first goal for the Club since signing in the summer.

The striker said he felt confident in his post-match interview, and promised Baggies fans that there is "plenty more to come".

The referee for Saturday’s match is Gavin Ward, and he’ll be assisted by Mark Pottage and Sam Lewis - with Ross Joyce as the fourth official.

Ward refereed the Baggies once last season, the goalless draw at Reading in April.

Tickets remain on general sale for the game and are available to purchase on Saturday at Pride Park.

The ticket cabin will be open from 11am on Saturday morning.

A place on a Baggies Travel coach will cost £15 and can be booked here.

Comprehensive coverage of the clash with County is available in our Match Centre, where you can listen to live commentary on WBA Radio or follow our live text feed.