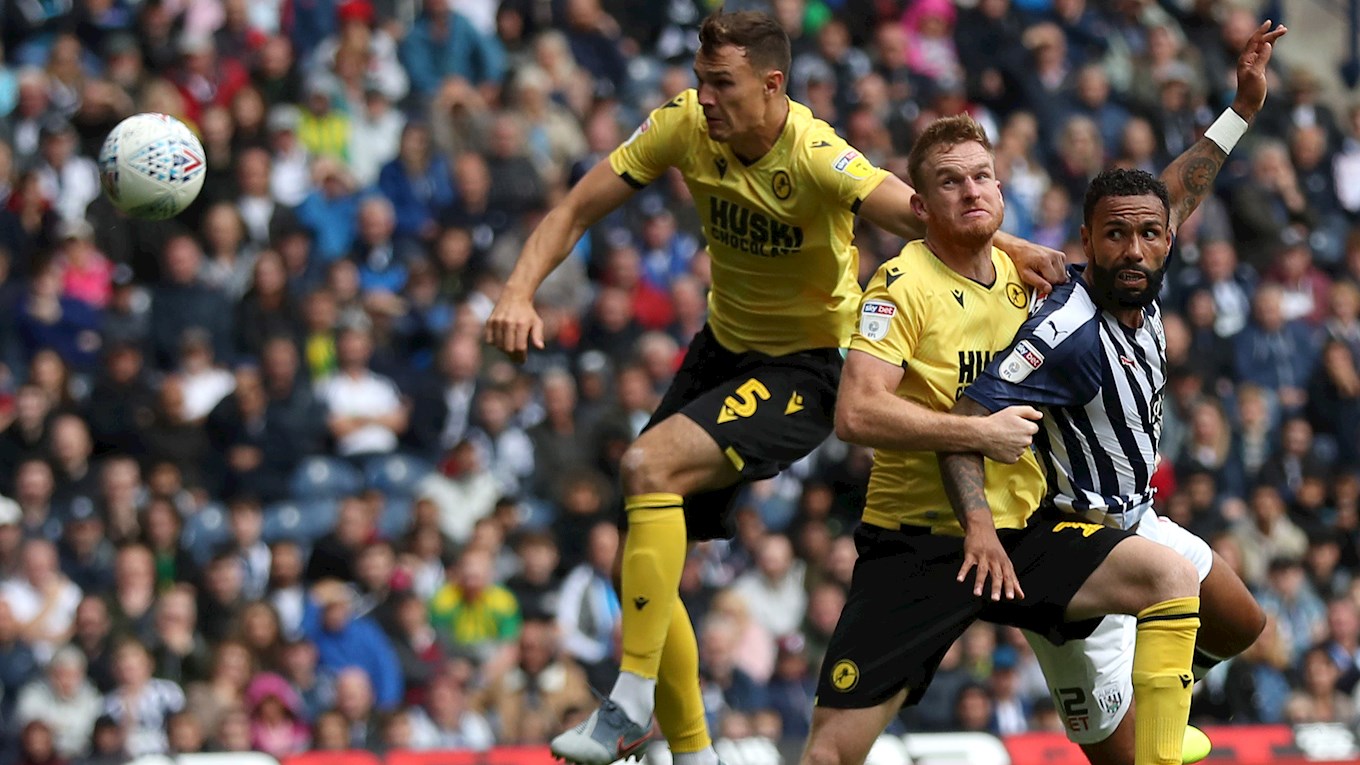 Dominant Albion were pegged back and held to a 1-1 draw by Millwall at The Hawthorns.

The Baggies took a deserved lead in the 57th minute courtesy of Kyle Bartley's header from Matt Phillips' inswinging free-kick, although Lions captain Alex Pearce was credited with the final touch.

It came with the hosts having bossed large parts of the Sky Bet Championship encounter, the first on home soil of the new 2019/20 campaign.

However, Albion were punished in the 75th minute when Millwall substitute Matt Smith converted from close range to ensure it finished all square.

Head Coach Slaven Bilić named an unchanged starting XI from the opening-day victory at Nottingham Forest, and it was the hosts who started positively in front of a 24,305 home crowd.

Filip Krovinović found the net with an early long-range strike, only to be thwarted by the offside flag, although Ben Thompson went close with a 14th-minute header for the Lions.

But it was Albion who created the best opening of the first period just after the half hour, Phillips winning possession in a dangerous area, surging forward and squaring to Kenneth Zohore, who saw his shot blocked by goalkeeper Bartosz Bialkowski six yards out.

Phillips himself then came within inches of connecting with Kyle Edwards' cross as the Baggies enjoyed close to 80 per cent possession in the first half.

Academy graduate Ferguson, man of the match at The City Ground last weekend, went close with an acrobatic effort soon after the restart.

And Bilić's side finally got their reward in the 57th minute, a combination of Bartley and Pearce nodding home Phillips' set-piece.

Albion continued to enjoy the better of proceedings but could not find a crucial second goal, and they were punished 15 minutes from time.

Smith's header was turned behind for a corner and, from the resulting set-piece, the Millwall sub converted from close range to level matters.

Oli Burke and Chris Brunt were introduced off the bench in a bid to find a winner but it was not to be as both sides claimed a share of the spoils, with Millwall the visitors again on Tuesday night in Carabao Cup Round One.