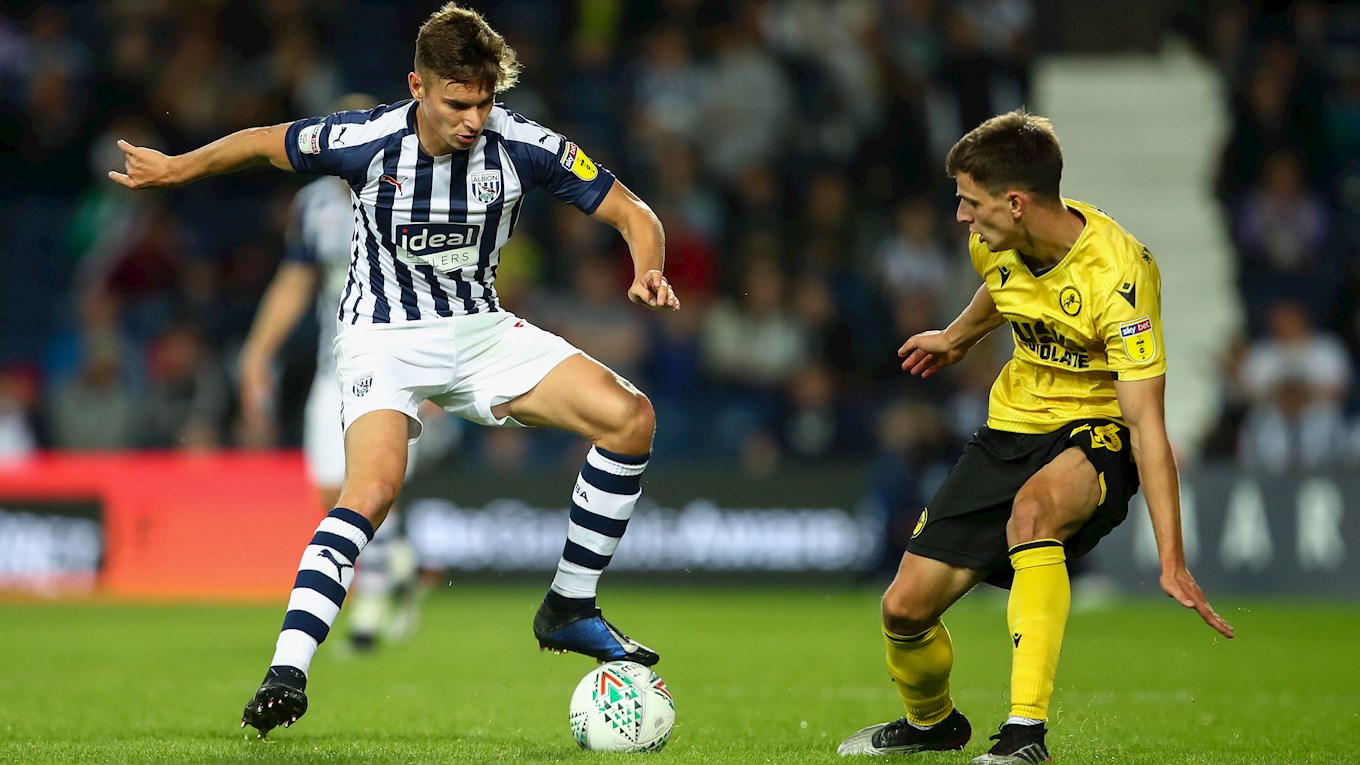 Albion bowed out of the Carabao Cup in Round One following a 2-1 defeat to Millwall at The Hawthorns.

Debutant Charlie Austin enjoyed a dream start as he headed the Baggies into a ninth-minute lead to open his account for the club.

Yet Tom Bradshaw nodded home from Jiri Skalak's free-kick to level matters just before the half-hour mark, with Aiden O'Brien converting a second-half winner from another Skalak set-piece to send the visitors into Round Two.

The Baggies will be looking to get back on track when league action resumes with this weekend's trip to Luton Town.

And it was the latter duo who combined for Albion's early opener, Austin heading home from close range after Millwall goalkeeper Luke Steele could only parry Diangana's long-range strike up and on to the crossbar.

Kyle Edwards stung the palms of Steele after 16 minutes, yet it was the visitors who levelled with their first sight of goal, Bradshaw heading home Skalak's inswinging free-kick.

Semi Ajayi thought he had opened his Baggies account, only to see his header from Chris Brunt's corner disallowed for an infringement.

Instead, it was Jonathan Bond who came to Albion's rescue shortly after the half hour, making a superb double save to deny Skalak and O'Brien, before Jon Dadi Bodvarsson headed over from a subsequent corner when well placed.

Albion started the second period brightly, however the visitors took the lead in the 55th minute, capitalising on another set-piece as O'Brien bundled home Skalak's corner at the back post.

Bilić turned to debutant Matheus Pereira and Filip Krovinović off the bench on the hour mark, and it was the hosts who came close to a leveller when Diangana narrowly failed to connect with Furlong's teasing low cross.

The home side, with Romaine Sawyers also introduced, pressed in search of a leveller as they continued to largely dominate proceedings, Ajayi hitting the side-netting in injury time, but it was Millwall who stood firm to book their place in the next round of the competition.