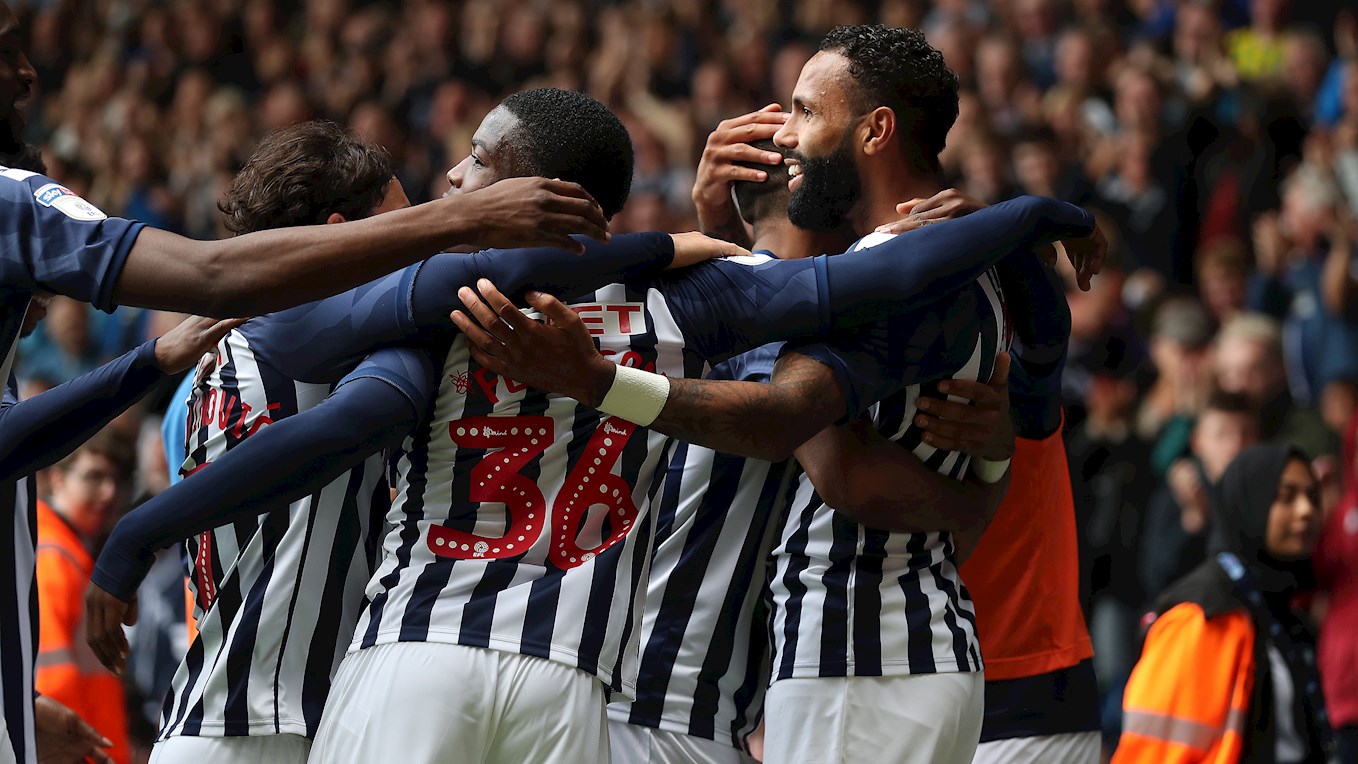 Albion will look to extend their unbeaten run to six Sky Bet Championship games with a win against Blackburn Rovers at The Hawthorns on Saturday (ko 3pm).

Blackburn’s last game was on Tuesday night as they exited the Carabao Cup with a 2-1 loss at Sheffield United.

Richard Stearman and Oliver Norwood fired the Blades into a first-half lead before Sam Gallagher’s goal with just under 20 minutes to play ensured a tense finale.

Rovers’ last league match was a 0-0 draw with Cardiff City at Ewood Park.

Blackburn are managed by former Baggies boss Tony Mowbray, who has been at Ewood Park since February 2017.

During his time at the Hawthorns helm Mowbray’s first season ended with a play-off defeat at Wembley, but the following campaign he guided Albion to the Championship title.

Upon the Club’s relegation the year after, Tony moved to Celtic and has since managed Middlesbrough, Coventry City and Blackburn.

Derrick Williams scored the winner against Hull City just after the hour mark during their last away league game. He also hit the post late on for Rovers during their 0-0 draw against Cardiff City.

After coming through the ranks at Aston Villa, Williams moved to Bristol City where he managed more than 100 appearances before joining Blackburn in August 2016.

Our last Hawthorns meeting with Blackburn Rovers was a 1-1 draw. Craig Dawson had put Albion ahead, but Harrison Reed fired Rovers level with just under 20 minutes to play.

David Raya suffered an injury late on and having used all of their substitutes the visitors had to play out the final moments with ten men, but they held on to gain a point.

• No team have scored twice against the Baggies in the league this season.

• The only scorelines Albion have had during this campaign are 2-1 wins and 1-1 draws.

• Blackburn have had six goalscorers this season in all competitions, but none of their players have scored twice during this campaign.

Here are the highlights of Albion's 3-0 victory against Blackburn Rovers in 2012...

Kenneth Zohore netted from the spot for the Baggies against Reading and Derby County last week, clocking up his first two Albion goals.

A summer signing from Cardiff City, Kenneth has started four of five league games for the Throstles and will be searching for his third goal for the Club against Blackburn.

Slaven's men trained on home turf ahead of Saturday.

Tuesday's training session in the sun at The Hawthorns.

The referee for Saturday’s match is Tony Harrington, and he’ll be assisted by Mark Dwyer and Nigel Lugg - with Savvas Yianni as the fourth official.

Tony Harrington refereed the Baggies during three wins last season; the 7-1 triumph against Queens Park Rangers, the 4-0 win at Rotherham and an exciting 3-2 victory at Preston North End.

Comprehensive coverage of the clash with Rovers is available in our Match Centre, where you can listen to live commentary on WBA Radio or follow our live text feed.