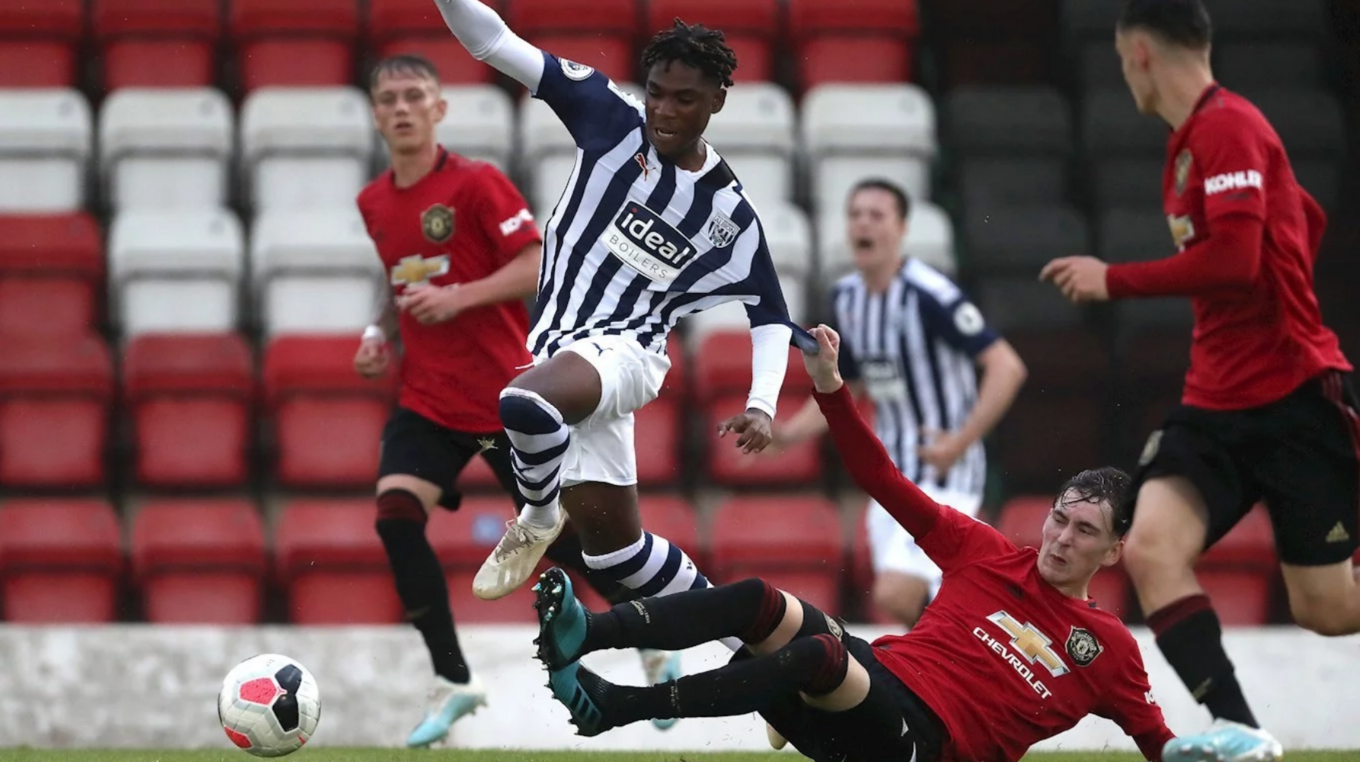 Albion’s Under-23s succumbed to defeat at the hands of a strong Manchester United side at Aggborough on Friday night.

The visitors established a three-goal lead at the halfway stage with goals from Largie Ramazani, D’mani Mellor and James Garner, with Dylan Levitt netting a penalty and Garner adding a second to his tally after the break.

Albion nearly took the lead early on as Stanley Asomugha burst infield from the left and chipped a pass over the visitors backline, which Soule met with a powerful volley, but he could only find the side netting.

Just before the 20 minute mark, the Red Devils took the lead as Ramazani hooked the ball home with a powerful drive past Brad House in the Albion net.

Before the half-hour mark the visitors scored their second. Mellor volleyed home from the edge of the box through a crowd of bodies into the bottom corner.

Garner added a third in spectacular fashion, striking a superb effort from distance into the top corner.

After the break, Dan Meredith brought down Williams with a late tackle, allowing Levitt the chance to tuck away a penalty right into the corner of the goal.

With slightly more than ten minutes to play, Garner dropped his shoulder on the edge of the Albion box and drove forward before rifling in a second terrific goal.