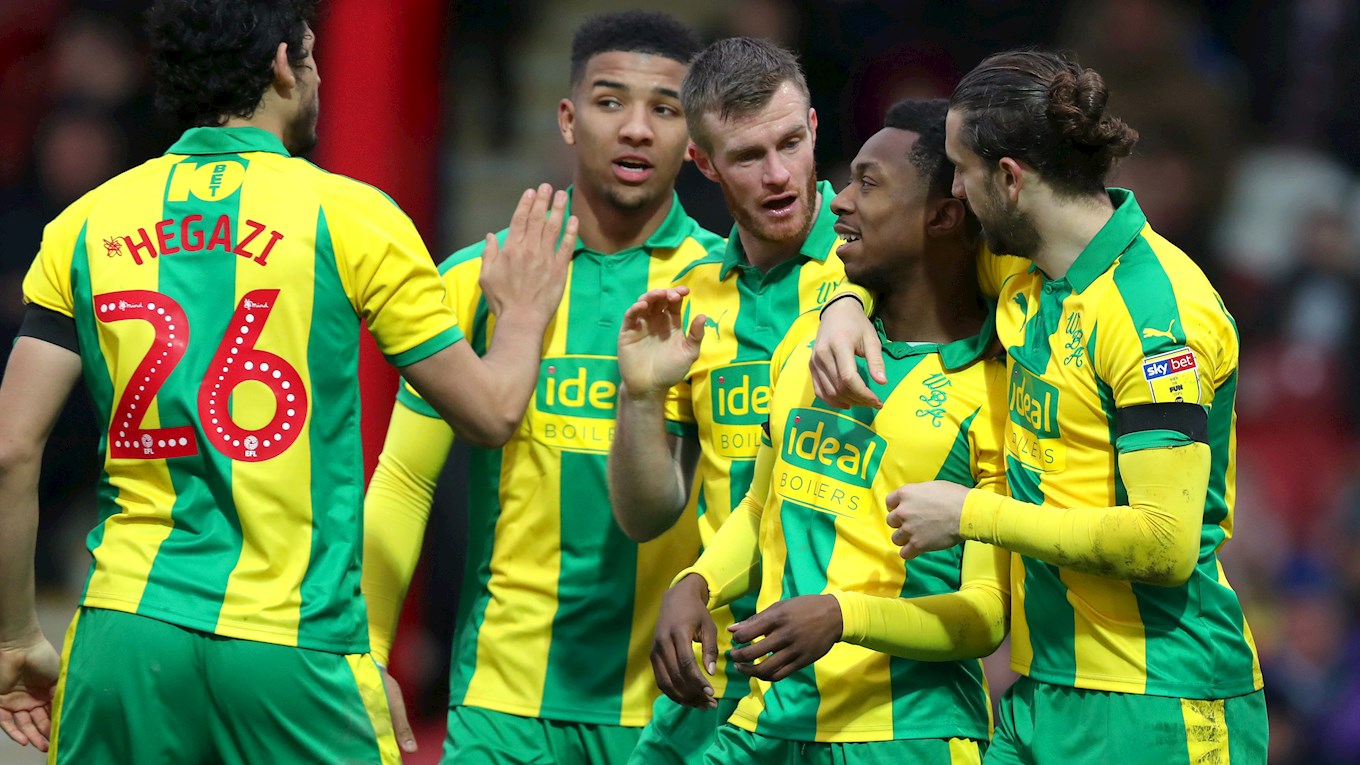 Albion will face Reading at the Madejski Stadium in the Sky Bet Championship on Easter Monday (ko 3pm).

The opposition
Reading are managed by José Manuel Gomes, who has been at the club since December. This season, the Royals have won 10, drawn 15 and lost 18 of their 43 games and are 19th in the league table.
The top goalscorer for the Royals is Yakou Meite, who has scored 13 times this season. They are captained by former Albion defender Paul McShane.
Last time out
The last time that Albion went head-to-head with Reading was in October at The Hawthorns. The Baggies put four past the Royals, coming out as 4-1 winners.
The visitors took the lead when Leandro Bacuna scored within the first ten minutes and went in ahead at the break. However, Albion came out a different side after the break, scoring four.
Dwight Gayle grabbed a brace to put the Baggies back in front, leaving Harvey Barnes and Kyle Bartley to add their names to the scoresheet to ensure a comfortable end for the hosts. Stats
Albion
• The Baggies have won five of their last seven, scoring 16 and conceding 10.
• Albion's attacking duo of Jay Rodriguez and Gayle have got an impressive 44 league goals between them. That's six more than the next highest pair - Sheffield United's Billy Sharp and David McGoldrick.
• In all-but one of their last 11 games against Reading, the Baggies have hit the back of the net.
Opposition
• Reading have won two of their last seven, drawing three times and losing twice.
• The Royals have kept just one clean sheet in their last 12 league games.
• Whilst José Manuel Gomes' side are yet to face Albion and Middlesbrough for a second time this season, currently they have failed to beat any of the sides that are in the top six league positions.
From the archive
Here are the highlights from Albion’s last win at the Madjeski Stadium...
Head to head
Albion boast a better record than the Royals when the sides go head-to-head.
Of the 41 matches that have been played, the Baggies have triumphed 19 times, there have been 9 draws and Albion have won on 13 occasions.
Man in the middle
The referee for Saturday’s match is Gavin Ward. He’ll be assisted by Mark Pottage and Sam Lewis, with Nigel Lugg as the fourth official.
Gavin Ward is yet to referee an Albion game this season. In the 36 games he has reffed this term, he has dished out 120 yellow cards and seven reds.
Ticket news
Albion have sold out there allocation and will be backed by just under 2,200 supporters when they face the Royals.
Thank you for your fantastic support.
Follow the game
Comprehensive coverage of the clash with Reading is available in our Match Centre, where you can listen to live commentary on WBA Radio or follow our live text feed.
WBA Radio is the only service that allows Baggies fans around the world - from Smethwick to the Sahara - access to uninterrupted live commentaries from every one of our competitive games. iFollow subscribers can join Gez Mulholland and former Albion player Andy Johnson for Baggies-biased live commentary on Saturday.
International supporters who have an iFollow subscription may be able to live stream the game depending on where they are located around the world. To find out, click here.