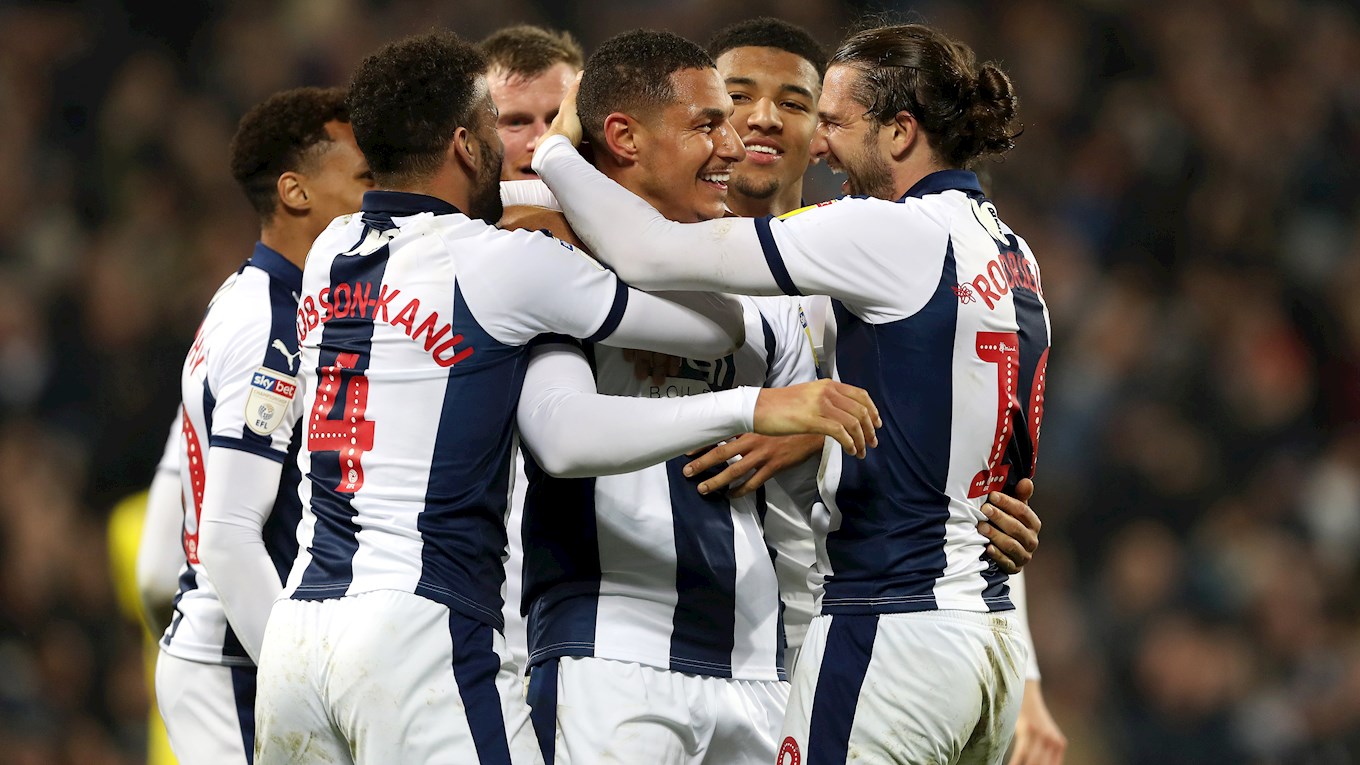 Albion travel to The Den on Saturday hoping to make it four successive Sky Bet Championship wins with a victo Millwall (ko 3pm).

The opposition
Managed by Neil Harris, Millwall currently sit in 21st place in the league, just above the relegation zone.
The Lions gave Harris the job in April 2015, and his four years of service so far make him the longest serving manager in the Championship.
Millwall's top goalscorer is Lee Gregory, who has 11 goals to his name this season.
Last time out
The last time Albion faced Millwall was at The Hawthorns earlier this season in September, as the Baggies came out victorious.
It took until the 68th minute for Dwight Gayle to break the deadlock for Albion - but once the Baggies had one, a second quickly followed through Kieran Gibbs to finish the job off. Stats
Albion
• The Baggies can make it ten wins from 12 games on the road if they beat Millwall
• Albion have won their last three games and can make it four wins from four with a victory against the Lions - which would be the best winning streak the Baggies have put together this season
• Of their last 26 games, the Throstles have lost just four times
Opposition
• The Lions have won just once in their last seven games
• Millwall haven't won any of their last five home games in the league
• Neil Harris' side have beaten just three teams in the top half of the table this season, winning against Aston Villa and Nottingham Forest - and doing the double over Derby County
From the archive
Here are the highlights from Albion’s last trip to Millwall, in 2004, which ended in a 1-1 draw.
Danny Dichio put the Lions ahead in the first half, with Jason Koumas getting sent off for the Baggies just before the break. Andy Johnson would level the scores in the second half and Albion managed to hold on for a draw despite finishing the game with nine men after a late Thomas Gaardsoe red card.
Head to head
Both teams are level in the head-to-head record.
Of the 37 matches that have been played between the sides, the Baggies have won 14 times, there have been nine draws and Millwall have won in 14 of the games.
Man in the middle
The referee for Saturday’s match is James Linington and he’ll be assisted by Steven Meredith and James Wilson - with Ian Cooper as the fourth official.
James Linington has refereed Albion during two away wins this season, firstly at Swansea City in a 2-1 victory for the Baggies, and then in a 2-0 win at Aston Villa.
Ticket news
Tickets for the game are on general sale. Albion have been handed an allocation of more than 2,000 for the game - and you can join the travelling support by clicking here.
Prices

Tickets are available online by clicking here, by visiting the East Stand Ticket Office, or by calling 0121 227 2227.

A place on a Baggies Travel coach will cost £18 and can be booked by clicking here.

Follow the game
Comprehensive coverage of the clash with the Lions is available in our Match Centre, where you can listen to live commentary on WBA Radio or follow our live text feed.
WBA Radio is the only service that allows Baggies fans around the world - from Smethwick to the Sahara - access to uninterrupted live commentaries from every one of our competitive games. iFollow subscribers can join Gez Mulholland and Drew Williams for Baggies-biased live commentary on Saturday.
International supporters who have an iFollow subscription may be able to live stream the game depending on where they are located around the world. To find out, click here.