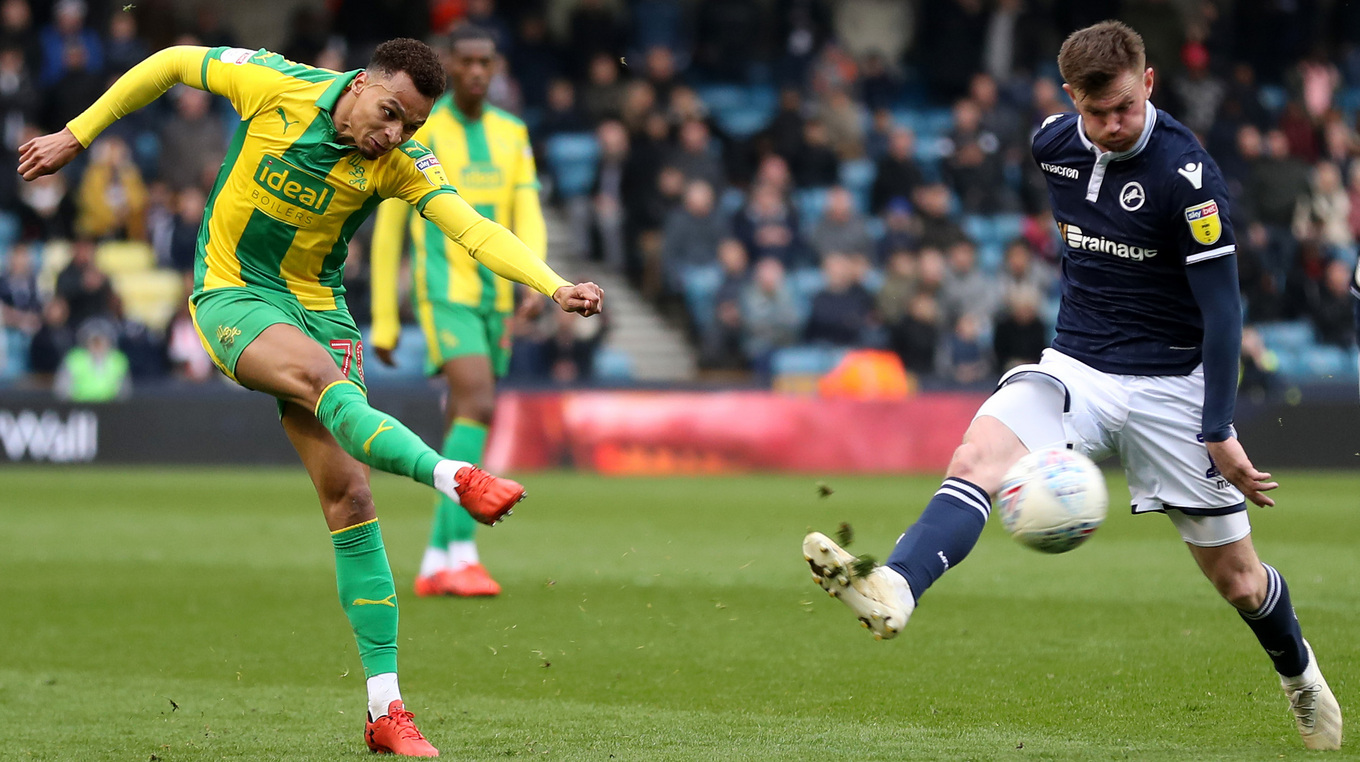 Albion were beaten 2-0 by Millwall at The Den to end a run of three Sky Bet Championship wins in a row.

The Baggies went behind on the half-hour mark through Ryan Tunnicliffe's strike from the edge of the box and it stayed that way right up until the interval.

Jay Rodriguez missed from the spot for the first time this season after half-time, and Albion were made to pay for it when a deflected Ben Thompson cross saw the hosts double their lead.

Ahmed Hegazi then received his marching orders for a second yellow card with just 10 minutes to play, and Millwall saw out the final stages to ensure the points stayed in London.

Jimmy Shan made three changes to the side that came back to overcome Birmingham City last Friday with Craig Dawson, missing out through illness, James Morrison and Kyle Edwards being replaced by Tosin Adarabioyo, Stefan Johansen and Hal Robson-Kanu.

Millwall had the first opportunity of afternoon as Jed Wallace drifted into the Albion box and hit a left-footed shot that rose well over the bar. The Lions came forward again soon after; Ben Thompson whipped a low cross which evaded the Baggies backline, but Lee Gregory lacked the composure to capitalise and fired well wide.

The Baggies gradually started to assert their authority on the clash and, as the noisy away end roared them forward, the Throstles responded. In their green and yellow stripes Albion tested the Lions’ resistance with a number of dangerous free-kicks and corners.

However on the half-hour mark and against the run of play it was Millwall who took the lead. Gregory found Tunnicliffe in space and the Lions midfielder rifled in a low strike to put the hosts ahead.

Millwall were invigorated. Sam Johnstone had a busy few minutes, parrying a Jake Cooper header before beating away a curling effort from distance by Wallace.

Just before the break the Baggies created their best chance of the half. Mason Holgate curled a cross to the edge of the box, which Johansen met with a powerful left-footed volley that David Martin could only tip over the bar.

After the restart both teams battled for ground. Ryan Leonard had a chance for the hosts but hit his shot well wide. Robson-Kanu went through on goal for the Baggies but his shot was blocked by a desperate last-ditch tackle.

Then, on the hour, Albion had the chance to level. Townsend looped a ball into Gayle, who was brought down by Cooper as he entered the box. The referee pointed to the spot but Rodriguez fired just wide.

The Baggies came forward again. Rodriguez went close after Gayle played him in, but he couldn’t get much power on his strike and Martin fumbled the ball away for an Albion corner.

However, in a frantic period of the game, Millwall would extend their lead just a couple of minutes later. Ben Thompson ran along the byline and fizzed the ball across the face of goal, with a cruel deflection taking it in to the Albion net.

The Lions continued to press forward as Albion looked to get back in the game, with Johnstone superbly dending Thompson and Gregory with a double save - and with the game drawing to a close Hegazi was sent off for his second yellow of the afternoon.