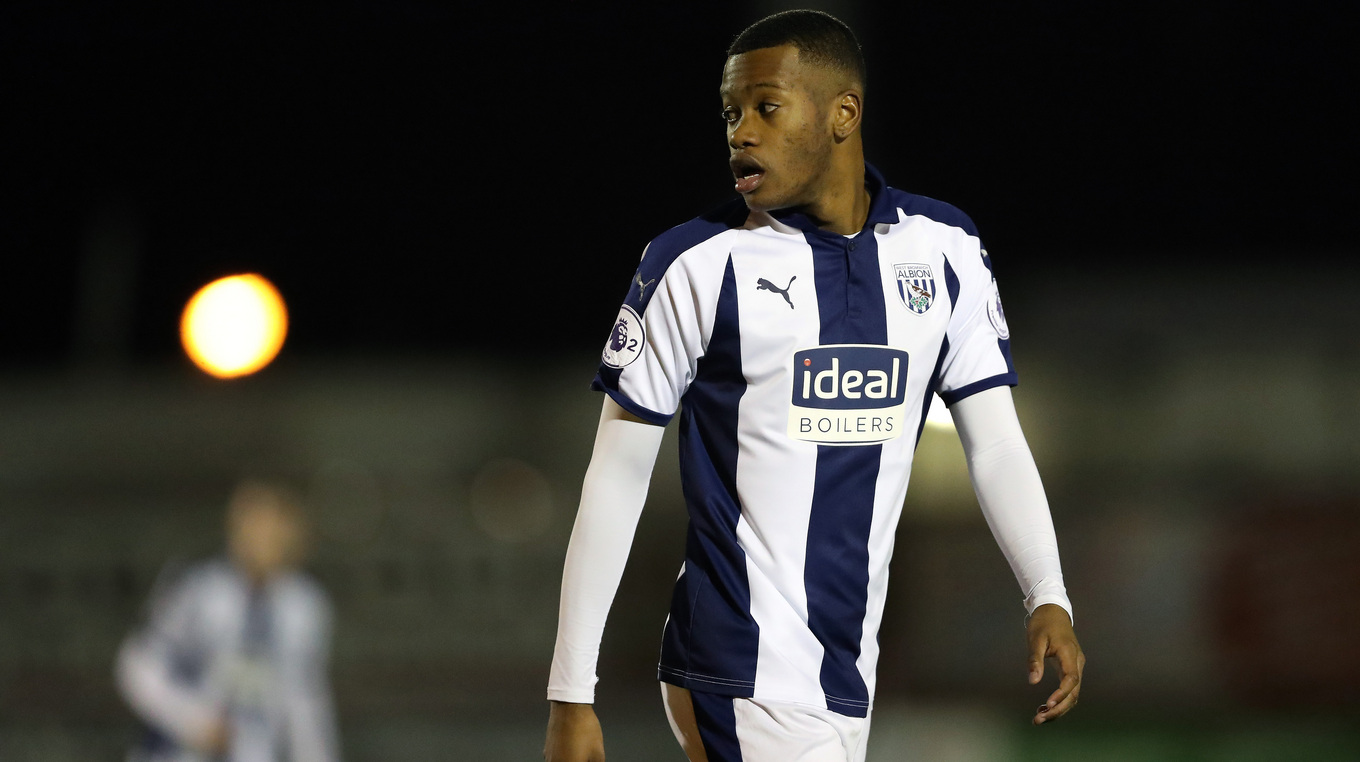 Albion Under-23s battled to a hard-earned draw against Manchester United under the Old Trafford floodlights on Friday night.

The Baggies came from behind to gain a Premier League 2 Division Two point on the road, but could have left with all three after an impressive display saw either side make several chances in front of goal.

Nishan Burkhart had put the Red Devils ahead but Wes Hoolahan chipped the Baggies level from the spot after Morgan Rogers was tripped in the box.

The hosts started well; Angel Gomes fired over the bar from distance, Tahith Chong lashed a shot into the side netting and Mason Greenwood forced a save out of Alex Palmer, who got down well to parry a powerful effort to safety.

And the Red Devils would break the deadlock shortly after the 20 minute mark. Greenwood fizzed a dangerous low cross into the six-yard box, which Burkhart met with a simple flick to open the scoring.

But the goal would cause a reaction from the Baggies.

The Throstles pressed high and the Red Devils were forced into errors. Albion made a habit of reclaiming possession close to their opponents goal.

Rayhaan Tulloch benefitted, and had two opportunities to fire the Baggies level. However, both attempts at goal, which were nearly identical - saw him rifle just over the bar with his left foot after bursting into the box.

Albion came forward again. Dan Meredith whipped a low cross into the box, which Jefferson Montero side-footed towards goal, but his shot was too close to Matej Kovar.

Greenwood went close for the hosts after the restart, but it was Albion that would register on the scoresheet next.

Rogers jinxed into the box and was brought down to provide the Baggies with the chance to level. Hoolahan made light work of capitalising on the opportunity, chipping in from 12 yards.

Once Albion were level, they pursued a winner - and were unlucky not to get one. Rogers was instrumental as the blue and white stripes pushed forward. Firstly a wonderfully bit of trickery saw him fly past a duo of defenders, play a one-two with Tulloch only to see his shot deflected wide.

Then, Hoolahan travelled from the halfway line with the ball. He attracted the attention of the Red Devils backline as he reached the edge of the penalty area and teed up Rogers at the perfect moment. The youngster eased past a defender, bringing him to his knees in the process, but again his effort was denied, this time by Kovar.