Gayle gives thanks to supporters for award 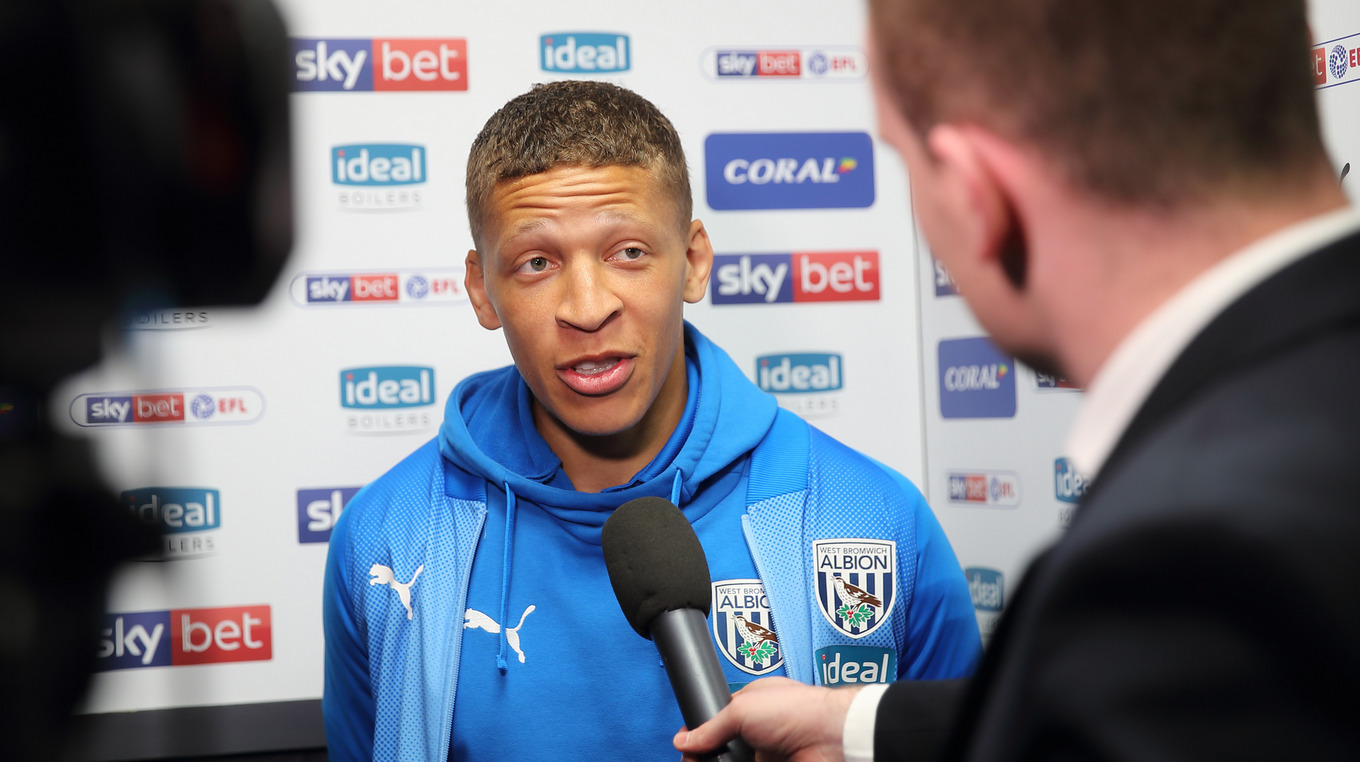 Dwight Gayle paid tribute to the Albion faithful after picking up the Coral Supporters’ Player of the Season award prior to Saturday's 2-1 comeback against Rotherham United at The Hawthorns.

The Baggies striker has notched 23 goals so far this term, building a special bond with Albion’s fanbase which saw them vote in their droves to make him their star performer of the campaign.

And another victory in a blue-and-white shirt for Dwight ensured the feel-good factor remained for the Throstles at The Hawthorns.

“It’s a fantastic achievement to win that,” said Dwight.

“I thank all the fans that voted for me and I am really pleased to win the award and hopefully I can repay them by keeping my performances up for the rest of the season. It’s a positive going into the play-offs to have a good home run-in and hopefully we can follow that up in the play-offs.

“It wasn’t perhaps the best performance and we took a while to get into the game but we have obviously got to know what they are going to bring and in the changing room they are fighting for their lives and they are going to be giving 130%. CORAL SUPPORTERS' PLAYER OF THE SEASON...

“I think we dealt with it in stages and we picked it up in the last thirty minutes to get a bit of quality out of the game and we had chances to put the game to bed.”

And Dwight praised his fellow teammate Rekeem Harper who bagged the winner against The Millers.

“I’m really buzzing for him,” he said.

“For a local lad to get the winner at home to finish the season off was fantastic really. He has been unlucky with hitting the bar previously and he started to get a bit down and all the boys were giving him the confidence that he is a great player.

“He’s hit a great strike with his weaker foot and thankfully it is gone in and you can see by how much he celebrated what it meant to him. He’s a young lad but everyone treats him as if he is one of the boys and everyone was really pleased for him getting his first goal and hopefully he gets a few more now.”

Gayle also claimed the Ideal Boilers Goal of the Season award for his remarkable strike against Stoke City in September, picking up the gong from Albion's principal sponsor. IDEAL BOILERS GOAL OF THE SEASON...