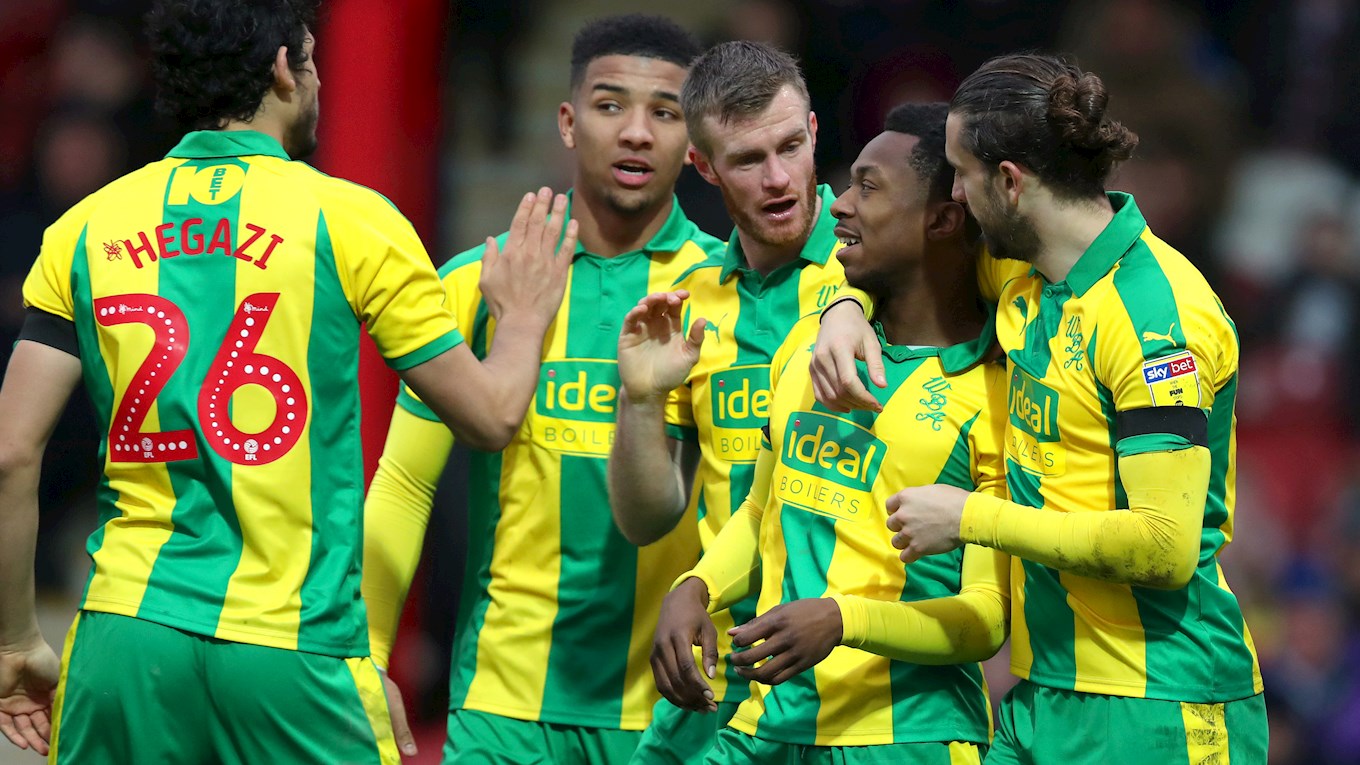 Albion take on Bristol City in an evening game at Ashton Gate in the Sky Bet Championship on Tuesday night (ko 7.45pm).

The opposition
The Robins have been managed by Lee Johnson since February 2016. Under his leadership this season Bristol City are competing for a play-off place and have won 17, drawn 11 and lost 11 of their 39 games this season. They are currently 6th in the league table.
Bristol City's top goalscorer this season is Famara Diedhiou, who has scored 11 times this season.
Last time out
Our last meeting with the Robins was in September, in a league game that provided six goals, as Albion stormed to a 4-2 lead.
Albion went 3-0 up thanks to a Jay Rodriguez double and a Dwight Gayle goal, with no reply from the Robins until the hour mark.
Lloyd Kelly pulled one back for Bristol City, but Harvey Barnes quashed any hope of a comeback from the visitors three minutes later as he scored Albion’s fourth.
Five minutes later, Diedhiou curled an effort in for the visitors, but it made little difference as Albion saw the game out to win 4-2. Stats
Albion
• Jay Rodriguez needs one more goal for his 20th of the season - and in doing so would be the first player to reach 20 goals in a single season for the Baggies since Kevin Phillips in 2007-08.
• The Baggies have bounced back following losses six times this season and have only twice lost two games on the trot during this campaign, with the Throstles keen to respond to their defeat at Millwall with a positive result.
• Albion are the second highest scorers in the league with 75 goals, behind league leaders Norwich City, who have scored 82 times.
Opposition
• The last nine times that Bristol City have played Albion, they have won just once. Their current manager, Johnson, scored the winner that day.
• The Robins haven't won in their last four league games at Ashton Gate, drawing twice and losing twice.
• Bristol City have won just two of their last eight league games.
From the archive
Here are the highlights from Albion’s 1-0 victory away at Ashton Gate in an FA Cup Third Round Replay, with the Baggies scoring the only goal of the game courtesy of Salomon Rondon.
Head to head
Albion come out on top in the head-to-head record, having won 20 of the 48 games that have been played between the two sides.
In contrast, Bristol City have won 13 times against Albion, and 15 of the games have resulted in a draw.
Man in the middle
The referee for Saturday’s match is Simon Hooper, and he’ll be assisted by Scott Ledger and Derek Eaton - with  James Adcock as the fourth official.
Simon Hooper has refereed Albion once this season as the Baggies saw off Stoke City at The Hawthorns, winning 2-1. This season, Hooper has dished out four red cards in 26 games.
Ticket news
Tickets are on general sale for this game. Albion have been handed an initial allocation of 2,060 for the trip to Ashton Gate.
Prices

Tickets can be bought online by clicking here, by visiting the East Stand Ticket Office or by calling 0121 227 2227.

The coaches will cost £17 and can be booked by clicking here.

Follow the game
Comprehensive coverage of the clash with the Robins is available in our Match Centre, where you can listen to live commentary on WBA Radio or follow our live text feed.
WBA Radio is the only service that allows Baggies fans around the world - from Smethwick to the Sahara - access to uninterrupted live commentaries from every one of our competitive games. iFollow subscribers can join Gez Mulholland and Drew Williams for Baggies-biased live commentary on Friday.
International supporters who have an iFollow subscription may be able to live stream the game depending on where they are located around the world. To find out, click here.