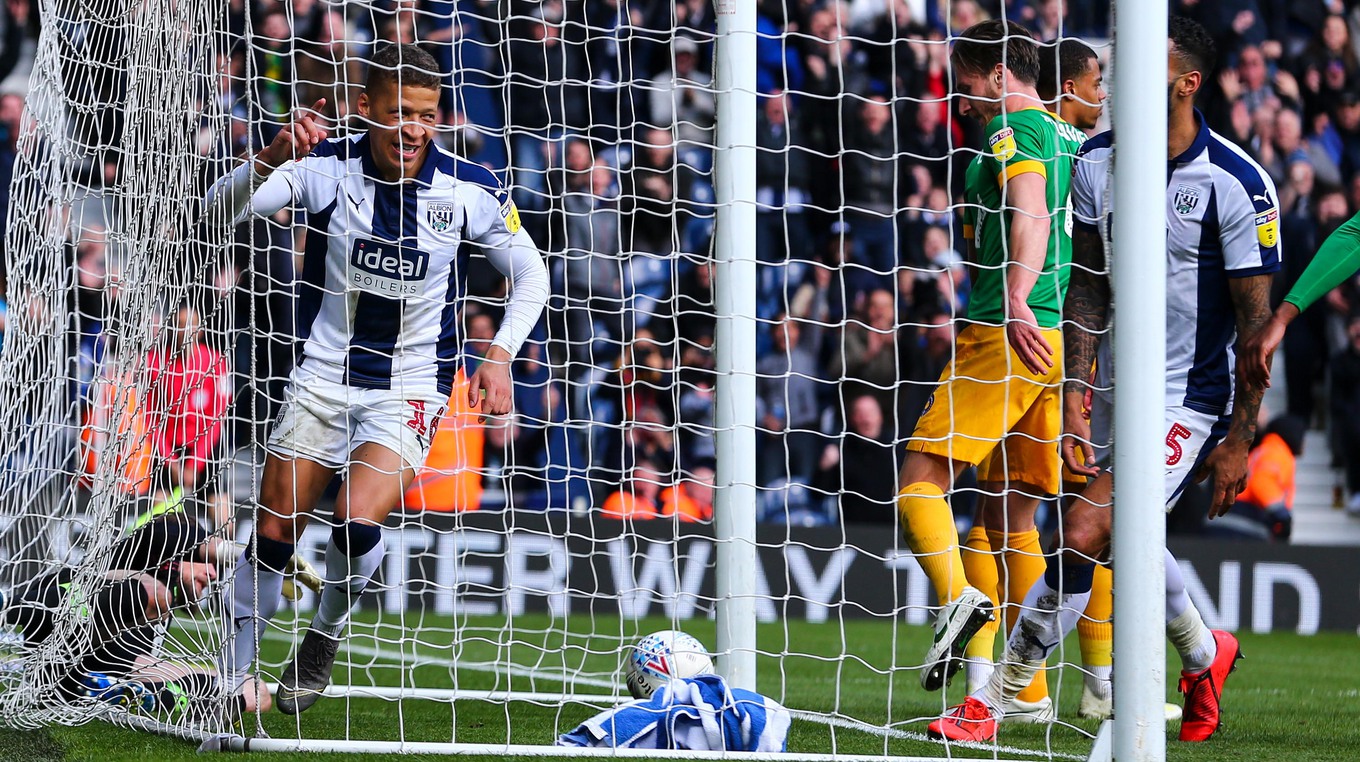 Free-to-view highlights of Albion's 4-1 victory over Preston North End at The Hawthorns.

Dwight Gayle bagged a hat-trick as Albion returned to winnings ways with a convincing 4-1 victory over Preston North End at The Hawthorns.

The frontman scored twice in four first-half minutes to put the Baggies fimly in control, the first a well-taken volley from Chris Brunt's superb throughball, before strike partner Jay Rodriguez added a third before the break.

And Gayle put the gloss on an impressive afternoon when he headed home in the second half to secure his second treble of the season.

It puts him level with Rodriguez on 21 Sky Bet Championship goals apiece as, despite Callum Robinson's late consolation for Preston, Albion secured all three points and a third succesive home triumph in convincing fashion following back-to-back defeats on the road.

Next up for the Baggies is the visit of Hull City on Good Friday.

The hosts started brightly on a sunny spring afternoon, Stefan Johansen close to connecting with Sam Johnstone's direct pass down the middle of the pitch.

A sweeping move saw Rodriguez bring a fine save out of Declan Rudd after 18 minutes, Kyle Bartley sending a header from the resulting corner into the side-netting.

And it was the Baggies who opened the scoring in style just before the half-hour mark, Gayle volleying home Brunt's sublime lofted throughball to make the breakthrough. The frontman doubled his and Albion's tally just four minutes later when he fired home on the rebound after Johansen's attempt had been smothered.

The home side were in command and made it 3-0 before the break, Johansen's effort finding its way to Rodriguez and he coolly finished from eight yards.

North End started the second half strongly as they looked for a route back into the encounter, Craig Dawson blocking well from substitute Robinson.

Hegazi hobbled off to be replaced by Tosin Adarabioyo in the 52nd minute, before fellow defender Gibbs, making his first start since late February, made way for Conor Townsend just after the hour mark.

Robinson narrowly failed to connect with Lukas Nmecha's drilled low cross just moments earlier, with Rodriguez firing Mason Holgate's ball off target at the other end in the 68th minute.

Matt Phillips boosted Albion as he stepped off the bench to make his first appearance since early March having recovered from an ankle injury.

And it was left for Gayle to register his third of the afternoon shortly afterwards, nodding home from close range after Dawson had headed Brunt's corner back towards goal.

Robinson claimed a consolation goal for Preston as the game went into stoppage time, but it was Albion who came away from The Hawthorns with all three points when referee Roger East brought the game to a close.