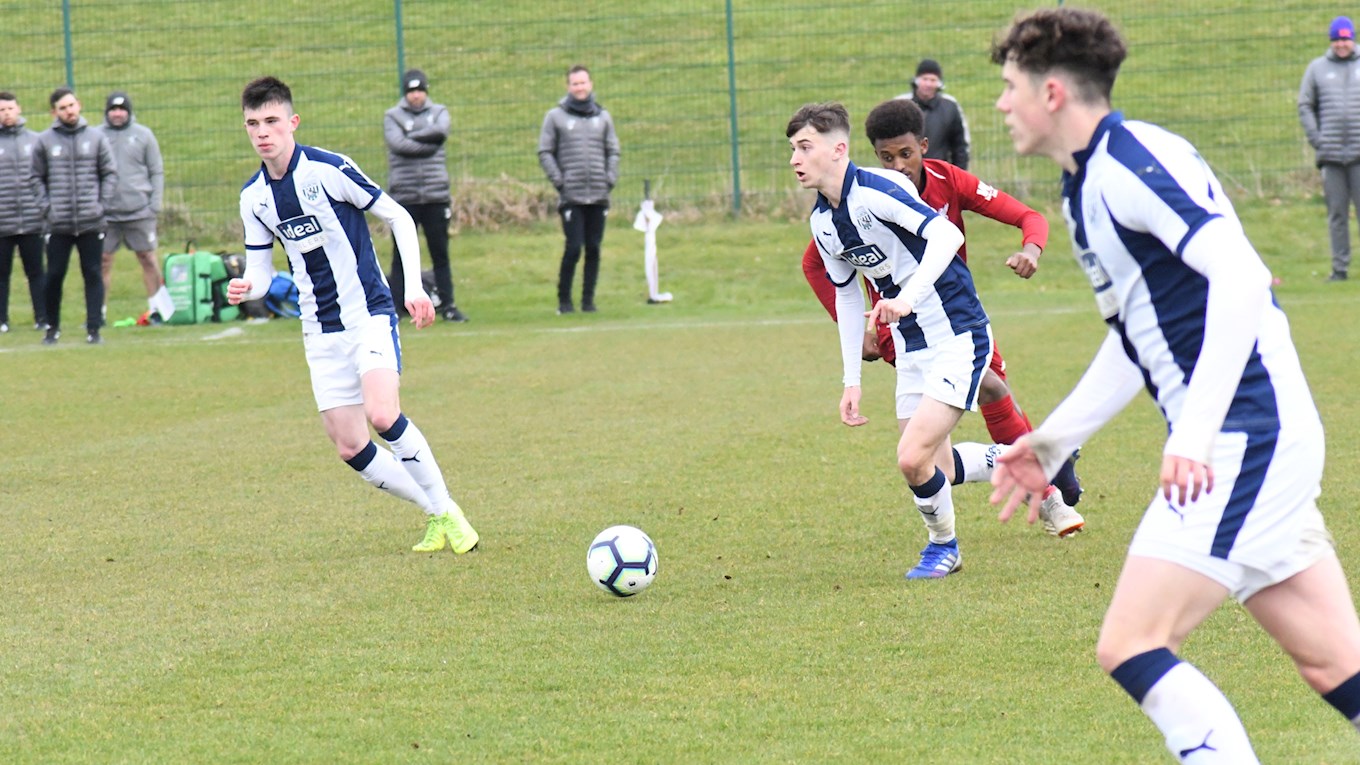 Albion's youngsters produced another memorable performance as they fought out a thrilling 3-3 draw against title-chasing Liverpool in the U18s Premier League North.

Less than 48 hours after their FA Youth Cup semi-final at Manchester City, the Baggies fielded a much-changed team made up mostly of first-year scholars.

Liverpool came with the team that will now face Albion's conquerers in the youth cup final and got off to an electric start, which yielded a two-goal lead thanks to Bobby Duncan and Fidel O'Rourke.

But a young Baggies team fought back bravely and reduced the arrears through Stanley Asomugha, who swept a right-footed shot into the corner.

Harry Williams scored a superb equaliser for the Baggies, starting a move deep inside the Albion half and running the length of the pitch to finish from close range to ensure the enthralling fixture was level at half-time.

Seven minutes after the break Louie Barry put Albion in front for the first time in the match. A fluent passing move  ended when Barry controlled and slotted into the corner with impressive composure.

However, Liverpool pinned Albion back for the finale, which the home side looked to have fought off only to be denied a memorable victory by an injury time leveller from Yasser Louraci.

Coach Mike Scott said: "This was another effort to be proud of against a team that will be competing in the final of the FA Youth Cup.

"Our first-year youngsters produced a tremendous effort and there was a great lesson in game management for all of our lads at the finish.

"This was another good learning experience for the group."