Tai's back at the Baggies 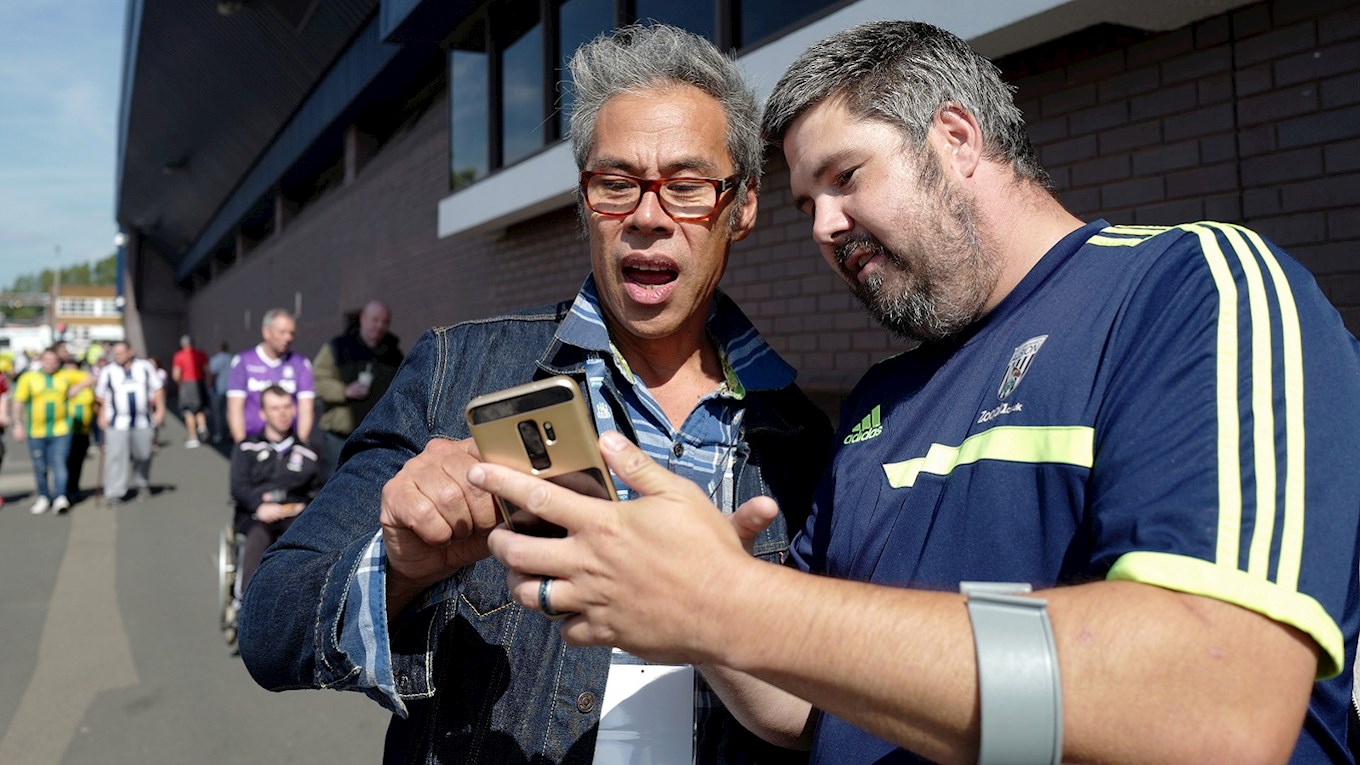 ALBION’s favourite artist, Tai-Shan Schierenberg, was thrilled with the fans’ response to his 'Artist in Residence' exhibition on his return to The Hawthorns on Saturday.

Some 1,500 supporters filed through the Millichip Suite over Thursday and Friday to see up close the body of work which sprang from Tai’s acclaimed Channel 4 documentary shown in July.

Tai was back at the stadium for the first time since the cameras caught him in tears at the emotions provoked by Jake Livermore’s late winner against Spurs in last season’s final home game.

Now a confirmed Baggies fan after charting the club's 2017-18 campaign for the programme, Tai was given a rapturous reception as he was spotted making his way around The Hawthorns on Saturday.

And the day could not have finished better for Tai.

“That late goal at Middlesbrough completely ruined last weekend but a week later the emotions are entirely the opposite,” he said.

“I can’t thank the supporters enough for the way they have welcomed me and it is thrilling to have received such a positive response to my paintings.

“When I thought about the film, there was not a great deal of time spent on the paintings themselves so I’m delighted the Club were able to put on the exhibition.

“To then see the team play so well made it the perfect return.”

One of Tai’s paintings will be permanently sited at the stadium.

He has gifted the club the Darren Moore portrait, entitled “The Redeemer”, in appreciation of its co-operation in making the documentary.