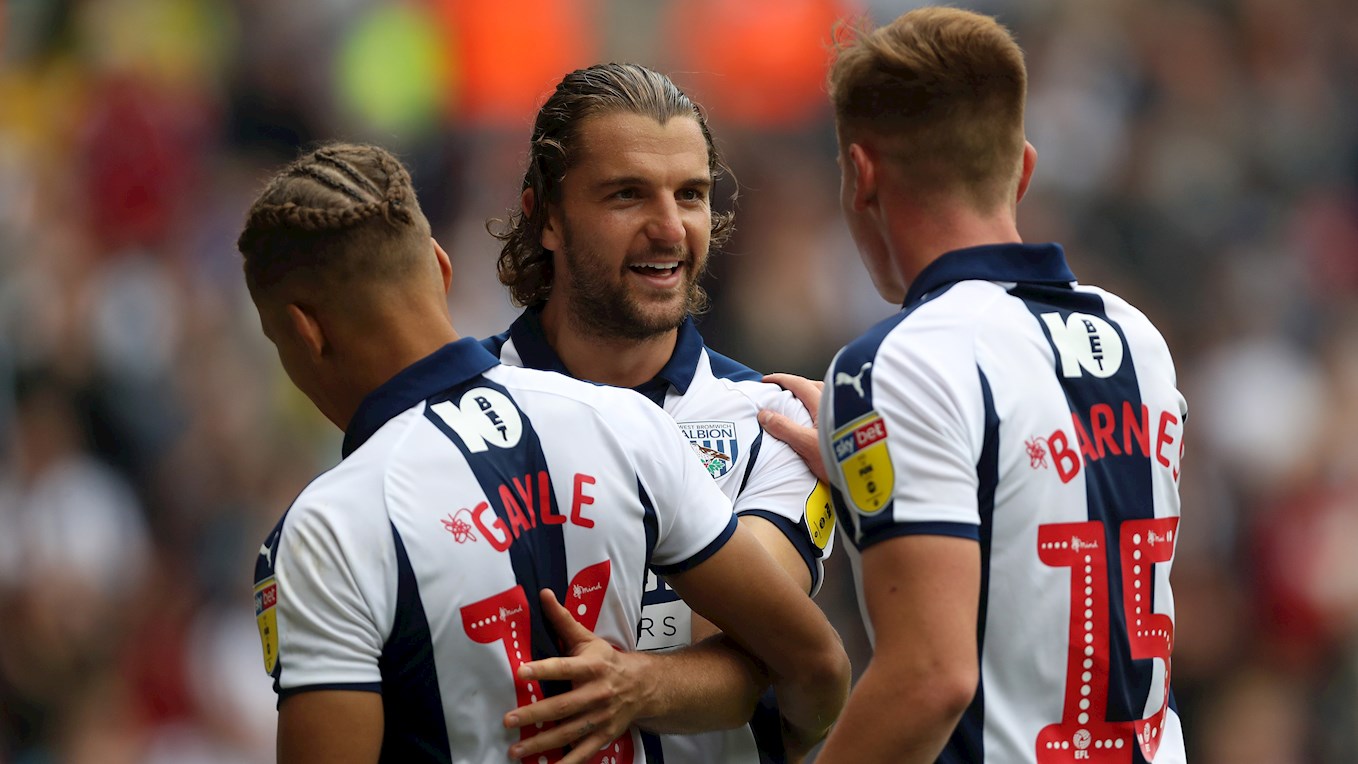 ALBION take on Preston North End at Deepdale on Saturday as they look to make it five games unbeaten in the Sky Bet Championship (ko 3pm).

Preston currently sit bottom of the league on five points having won one, drawn two and lost six of their nine league games so far this season.

The Lilywhites’ last outing was a penalty shootout defeat to Middlesbrough in the Carabao Cup on Tuesday night following a 2-2 draw after 90 minutes.

Alex Neil’s side finished just outside the Championship play-offs in seventh last season, missing out on the top six by a couple of points.

The most recent fixture between the two teams was in March 2010 as Albion beat Preston 3-2 at The Hawthorns thanks to goals from Ben Watson, Chris Brunt and Graham Dorrans.

Earlier that season the sides had played out a 0-0 draw at Deepdale. Former Baggie Roman Bednar appeals for a penalty during our last trip up to Preston.

Of the 110 matches that have been played, the Baggies have won 45 times, Preston have been victorious on 39 occasions and there have been 26 draws.

The referee for Tuesday’s game is Tony Harrington, and he’ll be assisted by Timothy Wood and John Flynn - with Mark Heywood as the fourth official.

Harrington has been in the middle for one Albion game so far this season - the 7-1 win over QPR back in August.

Albion fans can join a 3,200-strong contingent at Preston North End on Saturday by purchasing tickets at Deepdale on matchday (ko 3pm).

Tickets will remain on sale at The Hawthorns Ticket Office until 1pm on Friday before returning north for sale at the ground.

The remaining 600 tickets will be available to purchase from 1pm on Saturday at the away ticket office which is located in the Bill Shankly Kop where Albion fans will be seated.

WBA Radio is the only service that allows Baggies fans around the world - from Smethwick to the Sahara - access to uninterrupted live commentaries from every one of our competitive games. iFollow subscribers can join Gez Mulholland and Dave Bowler for Baggies-biased live commentary on Saturday afternoon.