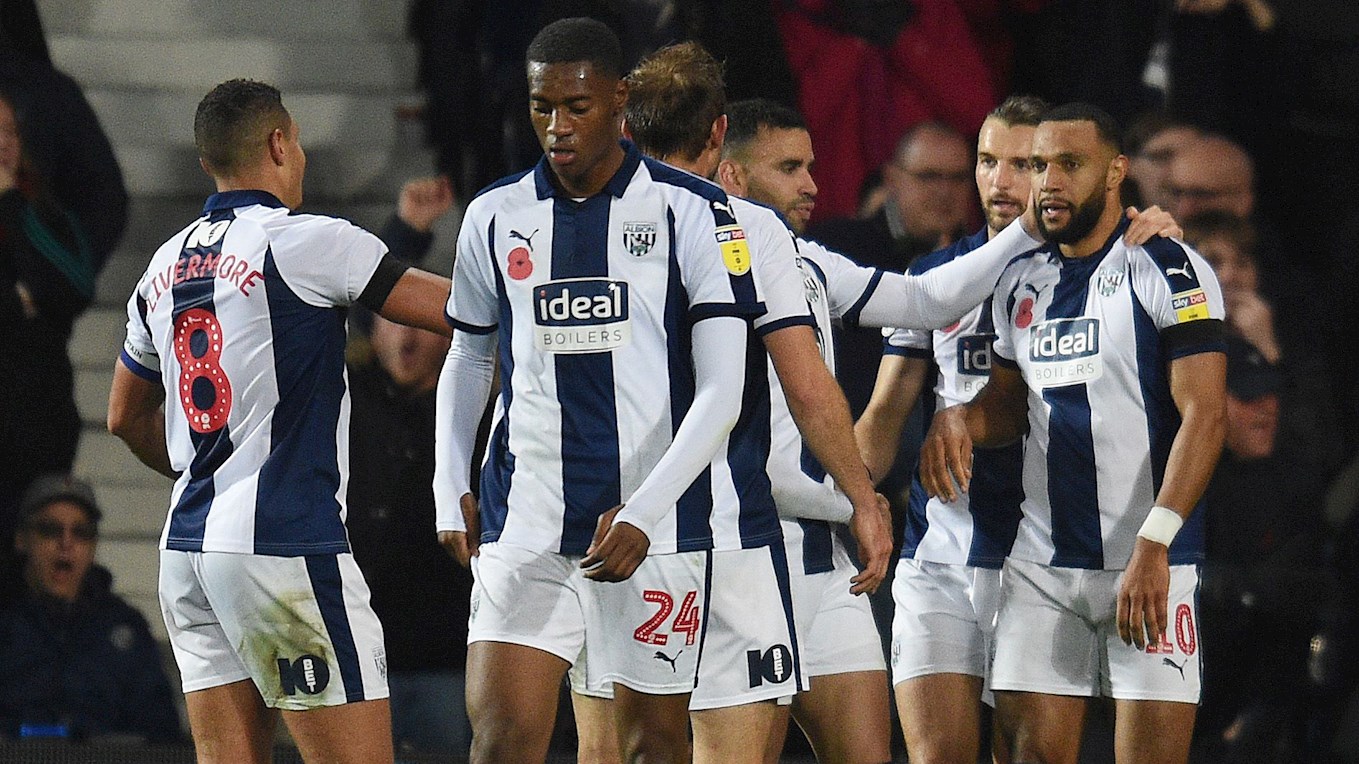 The Baggies put in sparkling performance which matched the red-hot atmosphere under the lights at The Hawthorns to deservedly see off a United side who had previously lost just twice this season.

Darren Moore's energised side created 10 shots in the first 30 minutes, Jay Rodriguez rattling the crossbar from distance, but had to be patient for their breakthrough.

Robson-Kanu drilled home a low opener across goal in the 51st minute before Phillips won possession and found the net from long range.

Barnes then converted a third in the 82nd minute before substitute Gayle added a delightful fourth just 60 seconds later - capping a stellar and whole-hearted team performance.

Pablo Hernandez denied Sam Johnstone his clean sheet, but a 90th-minute header was nothing more than a consolation for the visitors. Victory in the eagerly-anticipated encounter between the two highest-scoring sides in the Sky Bet Championship - the first meeting between the two sides for 11 years - ends a run of four games with a win for the Baggies.

The Hawthorns staged a series of special tributes before kick-off, including a minute's silence and the playing of The Last Post, to mark the centenary of the end of World War I. And it was the former Wales international who cut inside and curled narrowly over after nine minutes amid a bright start from the hosts.

Tosin Adarabioyo volleyed just inches wide from a corner, Rodriguez stung the palms of Whites goalkeeper Bailey Peacock-Farrell and Barnes found the side-netting as Albion forced seven shots in the opening 20 minutes or so.

Pablo Hernandez blazed over for Leeds when well placed as the visitors created their first opening after 26 minutes.

But it was not long before Rodriguez smacked the crossbar with a dipping effort from 25 yards.

Mateusz Klich fired an effort straight at Johnstone as the first half, despite seeing Albion on top, remained goalless.

Yet all that changed just six minutes after the restart.

Albion broke on the counter-attack, James Morrison found Rodriguez, who surged forward, fed Robson-Kanu out on the left and he drilled a low effort past Peacock-Farrell and into the far corner.

Barnes volleyed off target from another swift break before the Baggies doubled their advantage.

Phillips robbed Klich of the ball inside the Leeds half, drove forward and fired beyond Peacock-Farrell from 25 yards.

Adarabioyo's interception sent Barnes clear and he kept his composure to make the game safe eight minutes from time.

And, before Hernandez struck a consolation for Leeds, it was left for Gayle to step off the bench, returning from injury, to back-heel a fourth and send the home faithful into raptures.