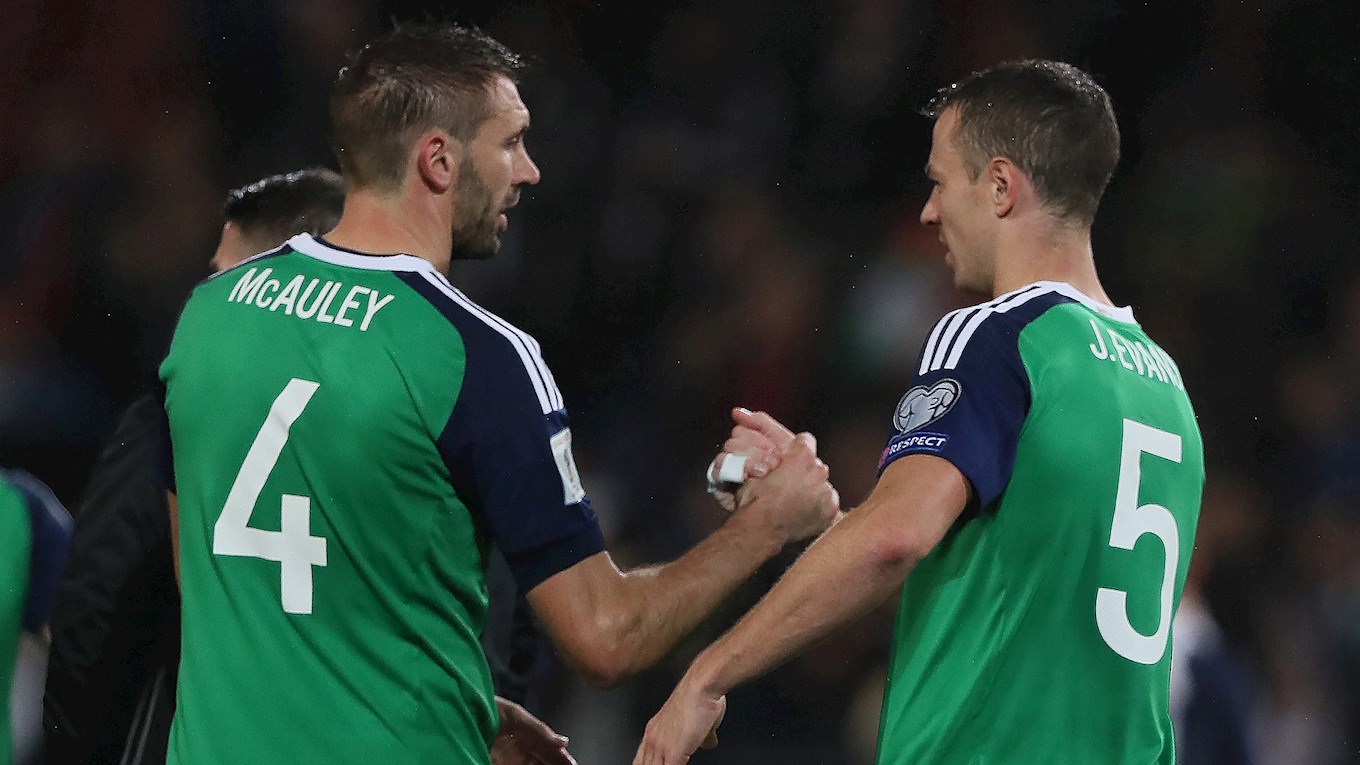 JONNY Evans and Gareth McAuley both played 90 minutes as Northern Ireland drew 0-0 away at Panama.

Evans captained Michael O’Neill’s side in the absence of normal skipper Steven Davis as the Green and White Army kept a clean sheet against England’s World Cup opponents in Central America.

Panama had their best chance when Joel Barcenas headed against the crossbar before the break - with Josh Magennis coming closest for Northern Ireland in the second half as he forced a good save from goalkeeper Jose Calderon.

Next up for Evans and McAuley is a game against Costa Rica in San Jose on Sunday.