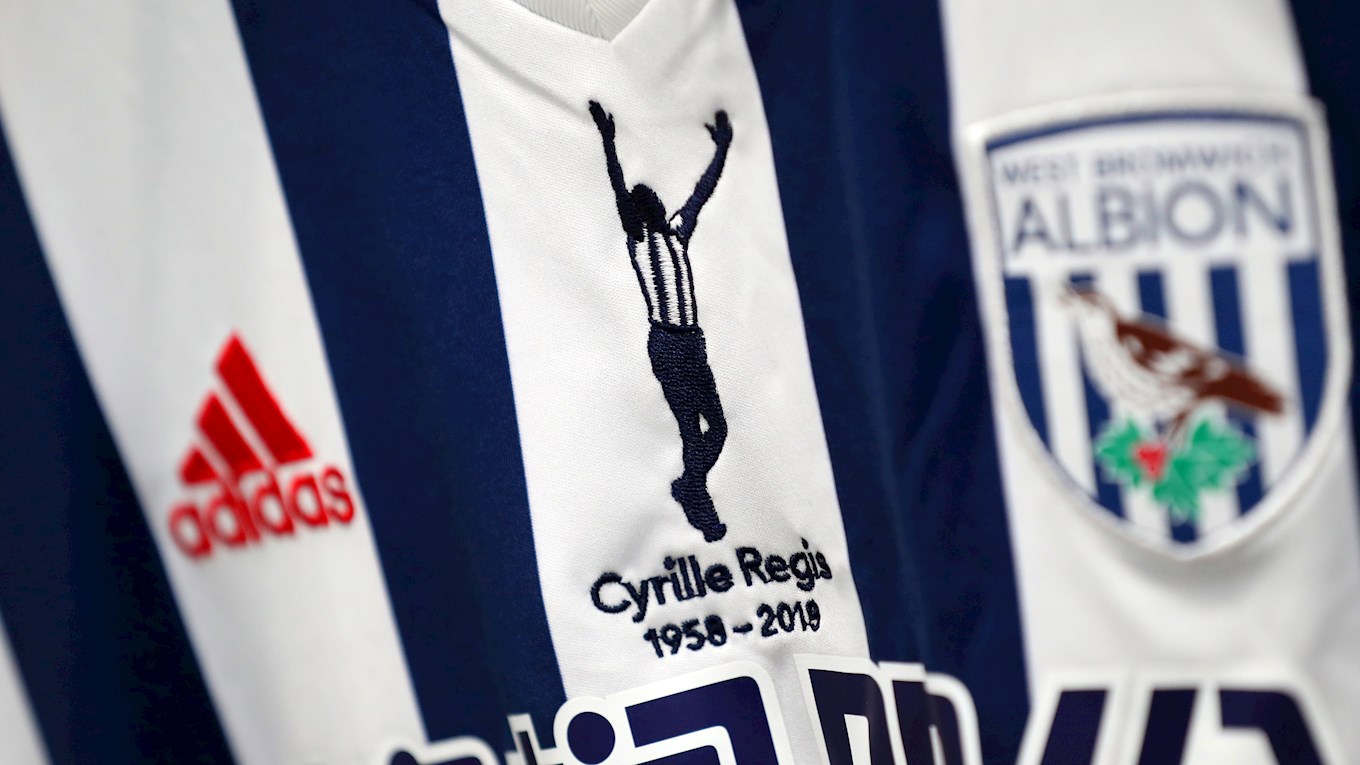 The jerseys will feature a motif of Cyrille celebrating one of his 112 goals for the Baggies.

These unique shirts will be one of the key features of an occasion which marks Albion's first home game since Cyrille's passing nearly three weeks ago.

The Baggies masses have responded by packing out The Hawthorns and, after Tuesday's emotional scenes during Cyrille's funeral and memorial service, the Club is planning to spend the final hour up to kick-off celebrating the life of one of our all-time greats.

It will be climaxed by a minute's applause just before kick-off and will feature special video and music content, as well as a star-studded parade of players who will be there to give their own salute to a man and footballer so universally admired.

Supporters are reminded that tributes to Cyrille will begin in earnest at 2pm and are urged to be inside The Hawthorns in good time.

The one-time-only shirts will be auctioned following this weekend's game to raise funds for a charity to be chosen by the Regis family. Full details of the auction will be published on wba.co.uk next week.

The logo is inspired by an image of Cyrille celebrating a goal at Notts County in May 1982.