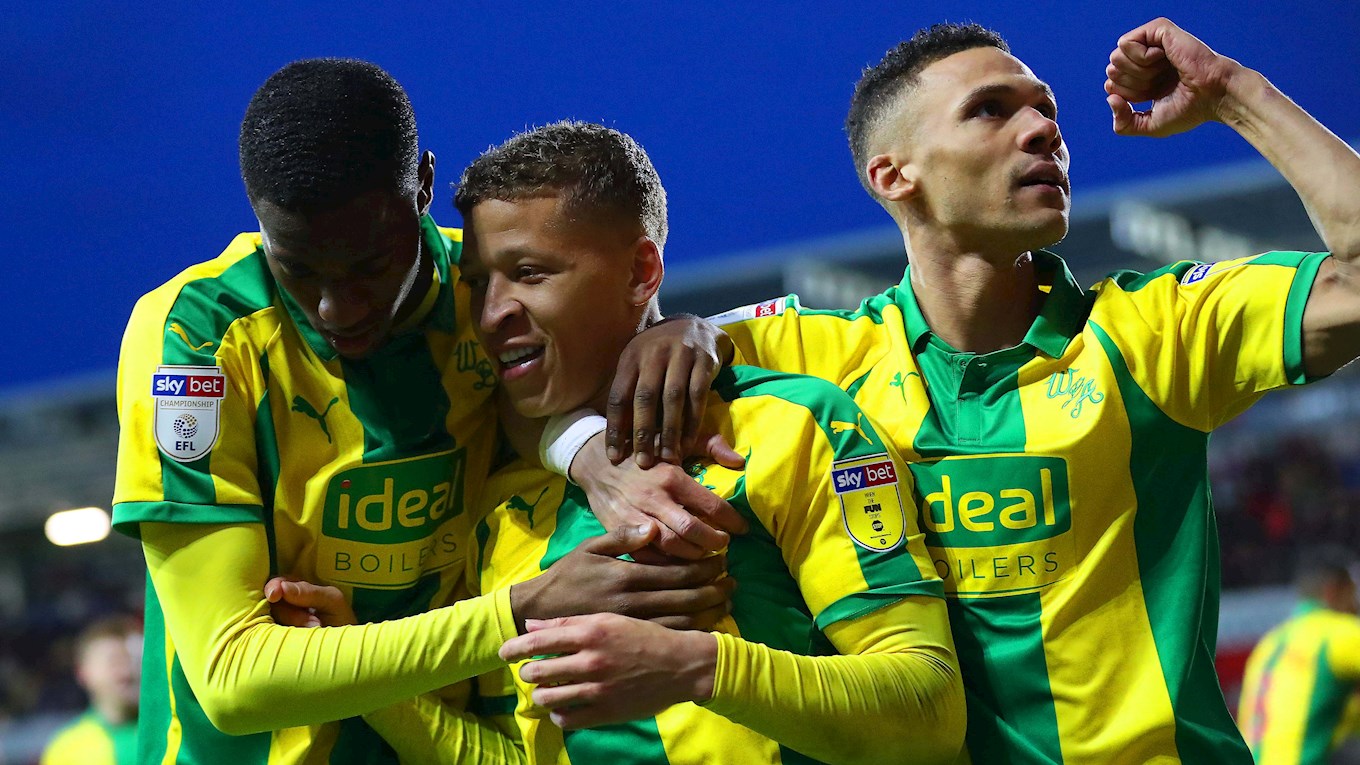 DWIGHT Gayle's hat-trick helped Albion deliver an early Christmas present as they triumphed 4-0 at Rotherham United to record their biggest away win of the season.

The frontman, who took his tally for the season to 13 goals at AESSEAL New York Stadium, helped the Baggies rack up their 50th of the Sky Bet Championship season as they extended their unbeaten sequence to seven matches.

Gayle handed the Baggies a dream start with a clever low free-kick after just six minutes before Harvey Barnes added his ninth of the campaign, slotting home the rebound after Jay Rodriguez had struck a post.

Gayle converted his second of the afternoon to give Albion a three-goal half-time advantage, wrapping up his treble in the 54th minute following an error from Millers goalkeeper Marek Rodak.

Ryan Manning sent a late penalty against a post as Albion went on to secure their second league clean sheet of the season, that coming against a Millers side who had lost just one of their previous 10 and not tasted defeat on home soil since August. It ensured the 2,600 Baggies fans present travelled back to the midlands in celebratory mood to enjoy the Christmas period, with Wigan Athletic at The Hawthorns on Boxing Day.

Craig Dawson made his 200th appearance for Albion as Head Coach Darren Moore named an unchanged starting XI for the third successive match.

And the visitors flew out of the blocks, taking an early lead courtesy of Gayle's low free-kick under the Millers wall having himself been upended 25 yards out. Manning curled an effort from distance against the far post in response as Dawson cleared Semi Ajayi's rebound off the line.

Yet it was Albion who doubled their advantage in the 20th minute.

Barnes put through his opponent's legs to break clear down the left and play in Rodriguez, whose strike came back off a post for the on-loan wide man to slot home.

And, with half-time approaching, there was time for Albion to add a third as Gayle slotted home Matt Phillips' free-kick from close range, securing a three-goal lead heading into the interval.

The Baggies continued where they left off after the restart and Gayle completed his hat-trick in the 54th minute, converting into an empty net after Millers goalkeeper Rodak had spilt the ball trying to prevent it going out of play. Johnstone saved well from Michael Smith as Albion looked to preserve their clean sheet, captain Jake Livermore then heading off the line.

And the elusive blank was secured after Manning slammed his spot-kick against a post in the 76th minute, awarded for Tosin Adarabioyo's foul on Joe Newell - with Albion triumphing convincingly in the first meeting between the two sides since 2009.