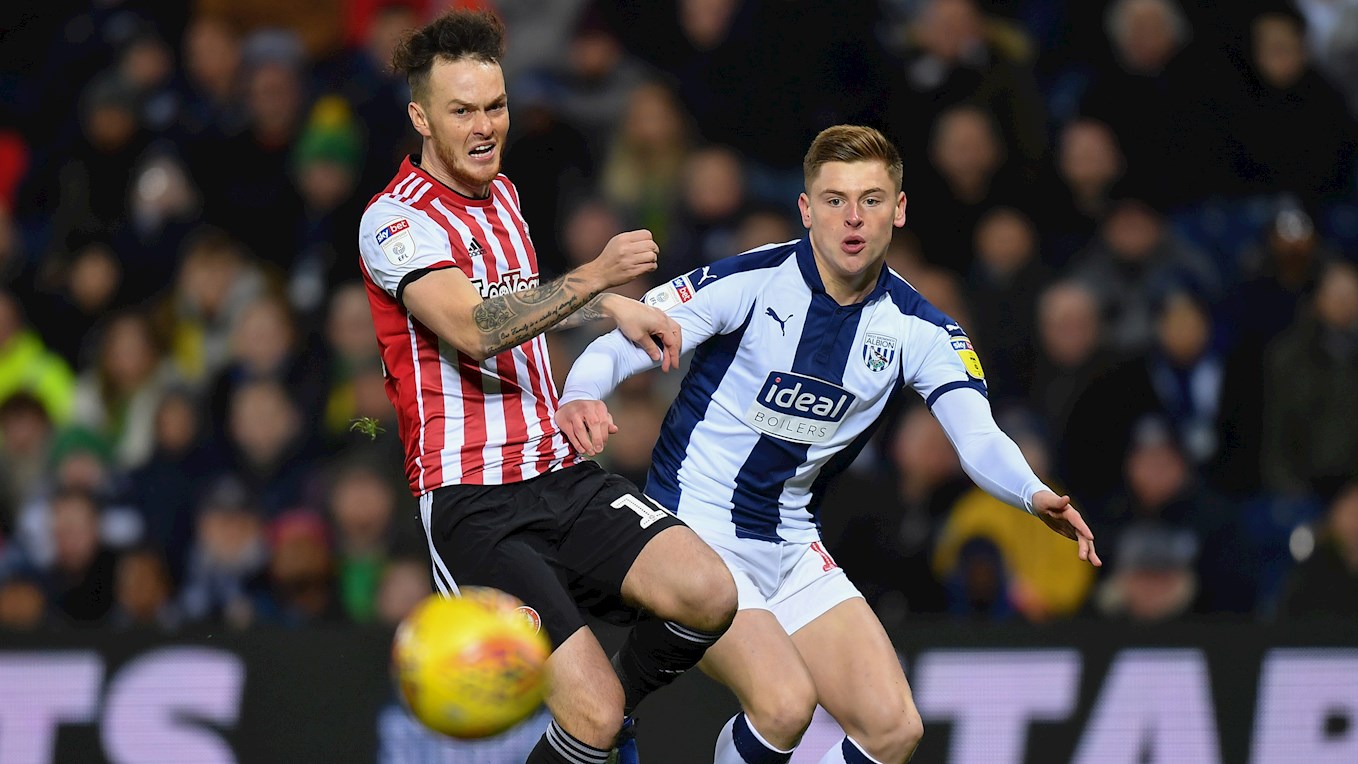 ALBION were denied by a late Brentford fightback on an evening of frustration at The Hawthorns.

Lewis Macleod headed an added-time leveller for the Bees after Harvey Barnes drilled home the opener in the 77th minute, much to the dismay of the Baggies, who had domianted throughout.

Darren Moore's side registered 14 shots during a first half which saw Jay Rodriguez and Hal Robson-Kanu go agonisingly close before Matt Phillips struck the crossbar.

Sam Johnstone was called upon to make a superb reaction save to deny Emiliano Marcondes after the restart, before Barnes' eighth goal of the season looked to have settled matters in what was the first league meeting between the two sides since 1992.

But late drama meant Albion were pegged back and must now settle for 10 points from the last 12 on offer.

Moore kept faith with an unchanged starting XI for the fourth match in succession, looking to continue a rich vein of form.

And the hosts came within inches of a dream start after just three minutes yet a sliding Rodriguez could only turn Barnes' low cross over the bar from two yards out. Ollie Watkins curled an effort narrowly wide for the Bees but it was the hosts who dominated the first period, Robson-Kanu and again Rodriguez going close from another cross.

Albion missed a second glorious opportunity just before the half hour as Robson-Kanu sent a close-range header wide from Kieran Gibbs' cross with the goal at his mercy.

Minuter later, Robson-Kanu came close to connecting with a rebound as Dan Bentley parried Phillips' fierce drive, before the Brentford keeper tipped over from the Baggies wide man. And it was Phillips who rattled the woodwork from distance just before the break as the opening 45 minutes somehow finished goalless.

Dwight Gayle was introduced at the interval for Robson-Kanu, who took a knock to a knee during the first half.

Former Albion man Romaine Sawyers blazed over for Brentford soon after the restart, with the second period going on to become a stop-start affair lacking any real fluidity.

And it was Sam Johnstone who was called upon to make a superb reflex save to deny Emiliano from six yards in the 67th minute.

Barnes' strike, his eighth of the campaign, saw relief wash over The Hawthorns as Albion looked to have successfully avoided a frustrating stalemate.

The Leicester loanee saw his initial shot blocked but was able to adjust his body and fire an unstoppable left-footed strike beyond Bentley. It looked to be enough for Darren Moore's men but Macleod stole in with 90 minutes on the clock to nod past Johnstone and deny the Baggies four straight wins and their best form of the campaign to date.

Attention now turns to Friday night's clash with Aston Villa at The Hawthorns.