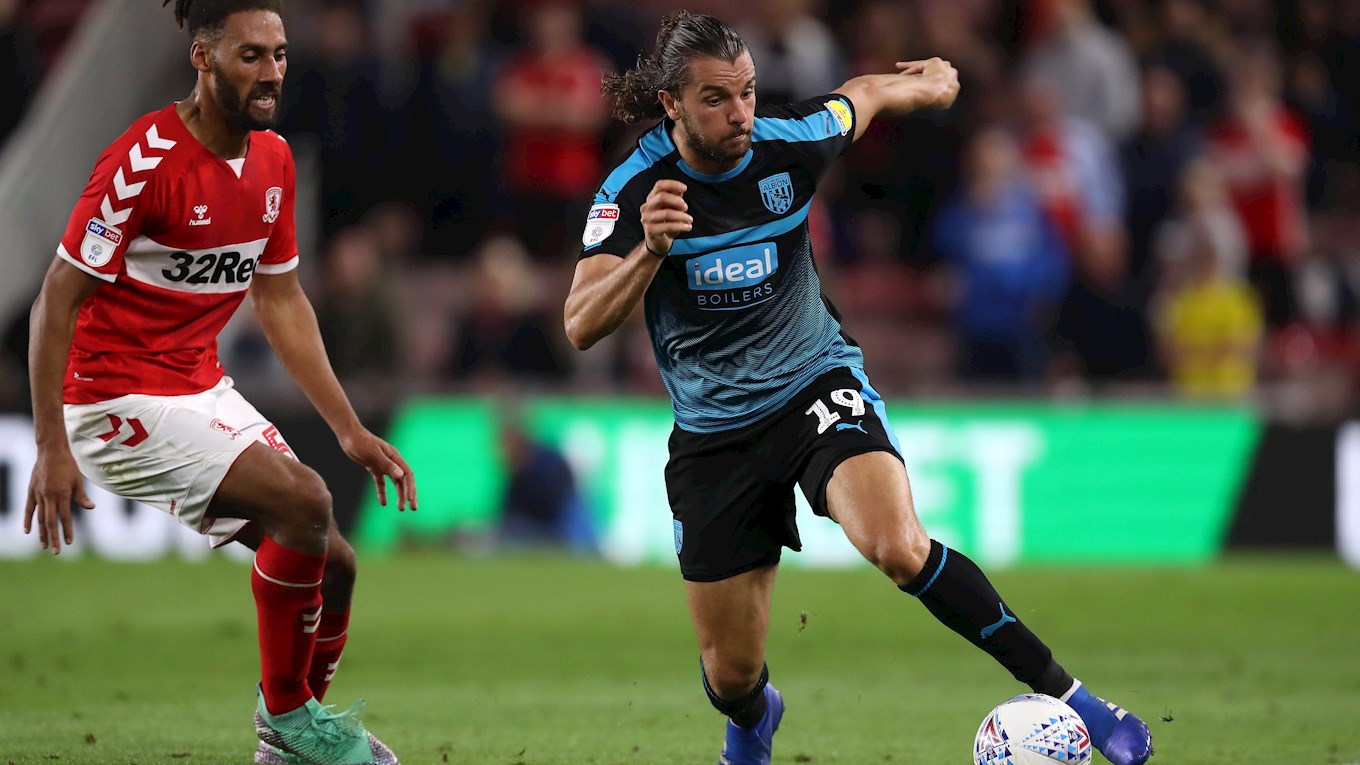 On a night for the defences, the game looked to be petering out to a goalless conclusion on Friday night in the North East.

But with 91 minutes on the clock, Boro's Ayala prodded home from close range to deny the Baggies what would have been a creditable point.

Darren Moore named an unchanged line-up from last weekend's 7-1 victory over QPR at The Hawthorns, with Jay Rodriguez and Dwight Gayle again leading the forward line.

Craig Dawson returned to the Baggies bench, with Tosin Adarabioyo keeping his place on the right-hand side of defence.

And there was an early test for Albion's backline, Jonny Howson stealing in to head against team-mate Britt Assombalonga - and subsequently wide - from the penalty spot.

It was the hosts who continued to have the better of the affair. But Boro could have conceded an unfortunate opener when Aden Fint crashed the ball against his own crossbar in the 9th minute.

Sam Johnstone was called into action midway through the first period, palming Stewart Downing's speculative strike out of harm's way.

As Albion defended corner after corner, the ball dropped for Martin Braithwaite on the stroke of half-time. But the frontman blasted his strike clear of the crossbar.

In a livelier second period, both Ryan Shotton and Gayle should have done better when presented with sights of goal within five minutes of the restart.

Close to 700 Baggies braved a congested M1 and bitter conditions to make the game. And they saw Rodriguez sting Darren Randolph's gloves from 30 yards with an hour on the clock.

James Morrison's introduction gave Albion another creative influence in the middle of the park, the former Boro man crafting a neat opening for Jake Livermore who saw his driven cross turned behind for a corner.

With both sides seemingly content with a point, the game lost its edge in the final stages.

And it looked as though the points would be shared until Ayala's half-volley agonisingly sailed past Johnstone and into the far corner.

The Baggies will dust themselves down and prepare for their Carabao Cup Round Two tie against Mansfield Town on Tuesday.