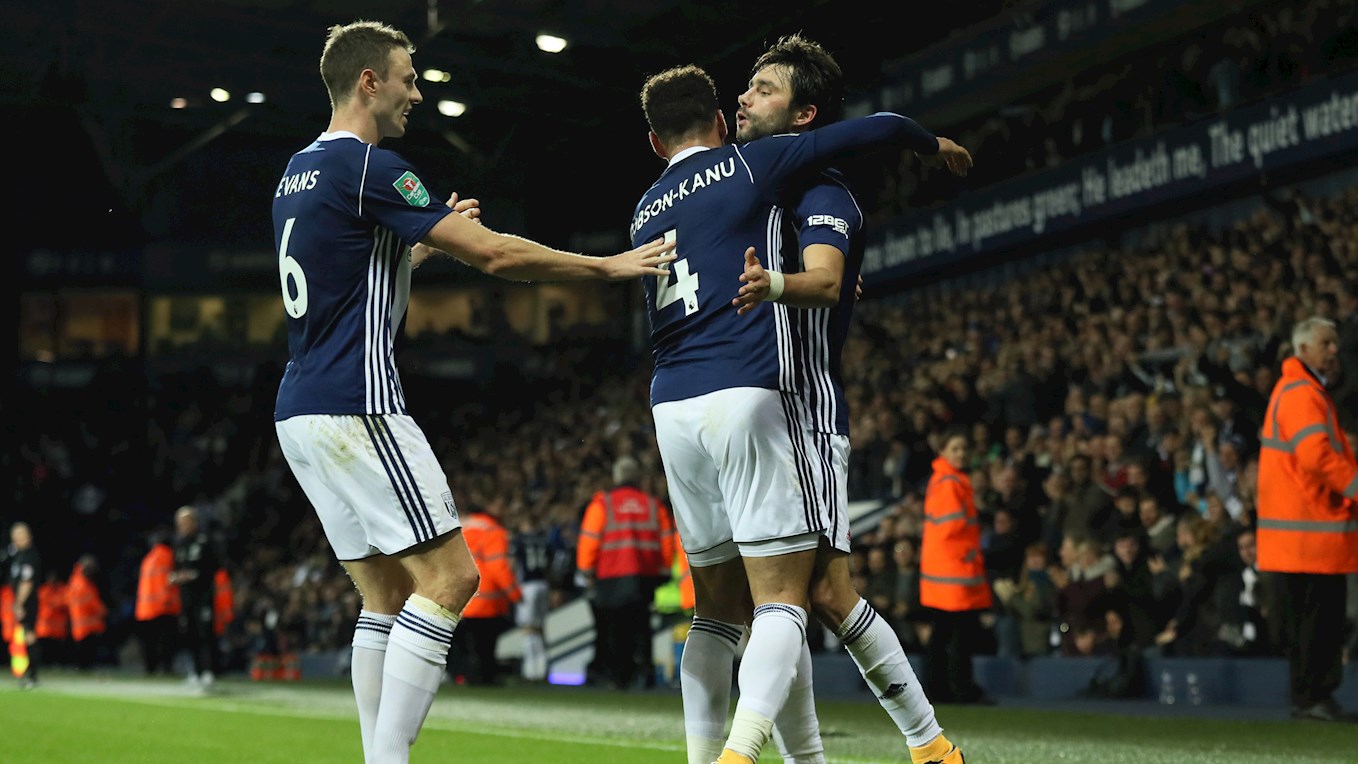 ALBION host Manchester City in a Premier League fixture at The Hawthorns this Saturday.

Man City currently sit top of the Premier League table on 25 points after winning eight and drawing one of their first nine matches.

Manager Pep Guardiola has been at the club for just over a year, having joined in 2016.

He guided City to a third place finish last season, and recruited strongly over the summer by bringing in the likes of Bernardo Silva, Kyle Walker, Benjamin Mendy, Ederson and Danilo.

The most recent meeting between the sides was only last month as Manchester City ran out 2-1 winners in an entertaining Carabao Cup fixture.

City completed the double over Albion last season, winning 3-1 at The Etihad and 4-0 at The Hawthorns. "They are most probably the form team in Europe, not just in England.

"The performances they have put in and the goals they are scoring mean that it's going to be a really, really tough game.

"Pep Guardiola has got what he wants and now he is starting to show people what a fantastic coach he is."

Pep Guardiola on the game

"The same level we finished last season we have carried on into this season so we are very happy for that.

"We started the same way this year as last season. Last Tuesday we realised how difficult it is to win games. We have to be calm and focused.

Here are the highlights from Albion’s win against Man City back in 2008.

The head-to-head record is slightly in favour of Manchester City, who have won 69 of the 152 matches that have been played - compared to the Baggies' 54 victories.

Saturday’s referee will be Mike Jones - and he’ll be assisted by Matthew Wilkes and Mick McDonough, with Tim Robinson acting as the fourth official.

Jones took charge of the last fixture between Albion and City in September.

In the four Baggies matches he was in the middle for last season, Tony Pulis’ side picked up two wins, one draw and a loss.

Tickets for the clash are now on general sale.

Comprehensive coverage of the clash with Man City is available in our Match Centre, where you can listen to free live commentary on WBA Radio or follow our live text feed.