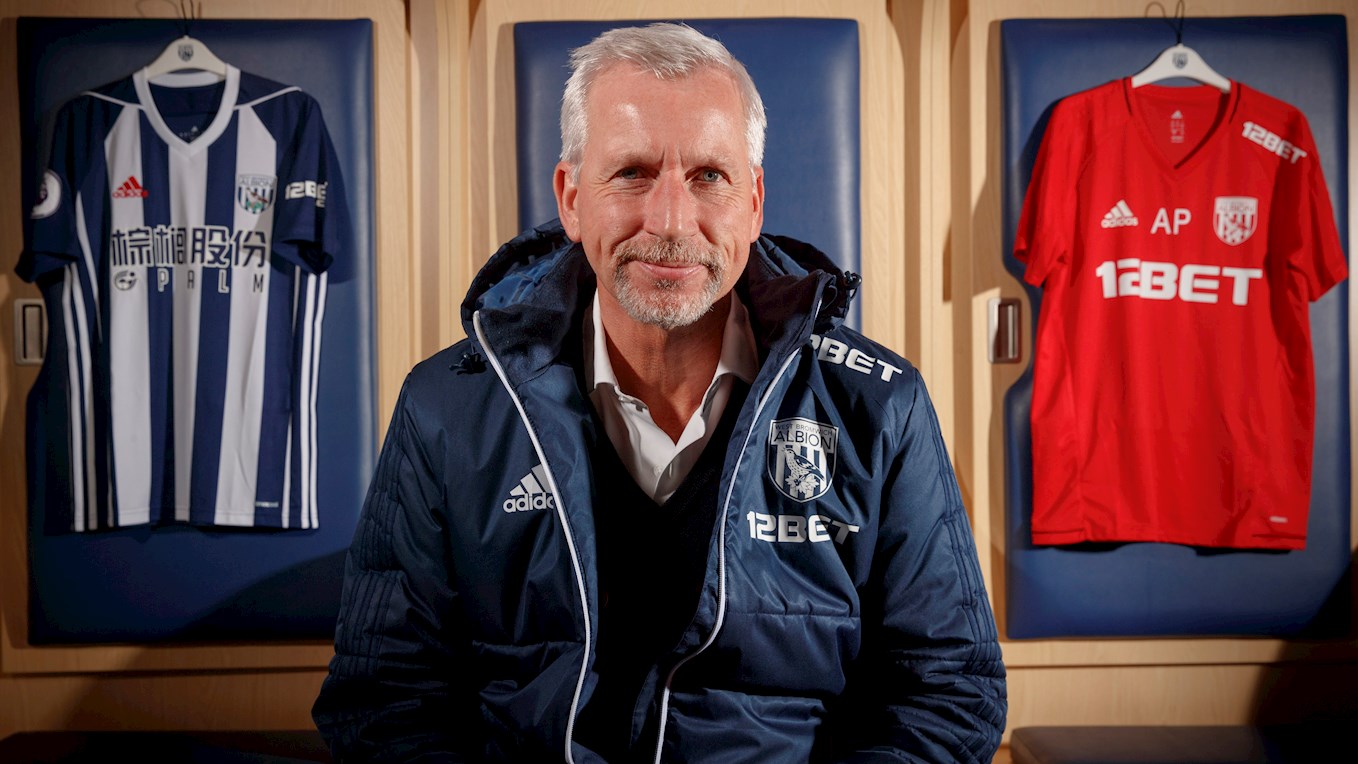 ALAN Pardew arrives at The Hawthorns with an established Premier League record.

The 56-year-old has 108 Premier League wins to his name, more than any previous Baggies boss – and, coincidentally, the same number Albion have registered.

The 2011/12 Premier League Manager of the Season - awarded after finishing fifth with Newcastle United - has also taken the reins of Reading, West Ham United, Charlton Athletic, Southampton, and most recently, Crystal Palace.

Pardew has twice reached the FA Cup final as a manager with West Ham in 2006 and Palace last year.

Pardew began his managerial career with a successful four-year stint at Reading.

He arrived at the newly-built Madejski Stadium in October 1999 and took the Royals from mid-table mediocrity in the third tier to promotion candidates inside two seasons. His second term at Reading ended in a heartbreaking 3-2 defeat by Walsall in the Division Two play-off final.

Just 12 months later he guided them to automatic promotion to Division One. Reading silenced all their doubters the following season by finishing fourth - but were beaten by Wolves in the play-off semi-finals.

In October 2003 West Ham United came calling for Pardew’s services - just months after their relegation from the Premier League. Within two years the Hammers were back in the top flight - with Pardew again gaining promotion via the play-offs.

In his first-ever Premier League campaign he steered his side to ninth place and an FA Cup final, which they lost in a dramatic penalty shoot-out.

Pardew departed Upton Park in December 2006 but was again in demand just 15 days later when he joined struggling Charlton Athletic.

Charlton had recorded just 12 points in 19 fixtures before the arrival of Pardew but even an upturn in form - the Addicks collecting 22 points in the second half of the campaign - could not save them.

Charlton finished the next term in 11th place, but struggled a year later. Pardew departed in November 2008, with the Addicks going on to finish bottom of the Championship.

Pardew joined Southampton the following summer. The recently-relegated Saints started the season with a 10-point deficit after they were punished for breaching insolvency regulations. They went on to finish seven points shy of the League One play-off places and Pardew’s performance at St Mary’s caught the eye of Newcastle United.

Pardew arrived at St James’ Park in December 2010 and achieved a 12th-place finish in his first season with the Magpies. One place and one point behind Roy Hodgson’s Albion following a 3-3 draw with the Baggies on the final day of the campaign.

The following season he propelled Newcastle to a fifth-placed Premier League finish - their highest position for seven years. His achievements in 2011/12 saw him honoured by the Premier League and the League Managers Association, receiving each of their Manager of the Year awards.

Newcastle finished 16th and 10th in the following two seasons before Pardew departed St James’ for Selhurst Park in January 2015 - just weeks after winning the Premier League Manager of the Month for the third time in his career.

Formerly on Palace’s books as a professional player, he took over at Selhurst Park with the Eagles in 18th position.

An impressive run followed and he managed to guide the Eagles to 10th at the end of the term - their highest-ever finish in the Premier League.

A 15th-placed finish in the 2015/16 campaign was accompanied by an FA Cup Final appearance at Wembley, but the Eagles eventually lost 2-1 in extra time against Manchester United. Pardew parted company with Palace on 22 December 2016, with the club in 17th place.