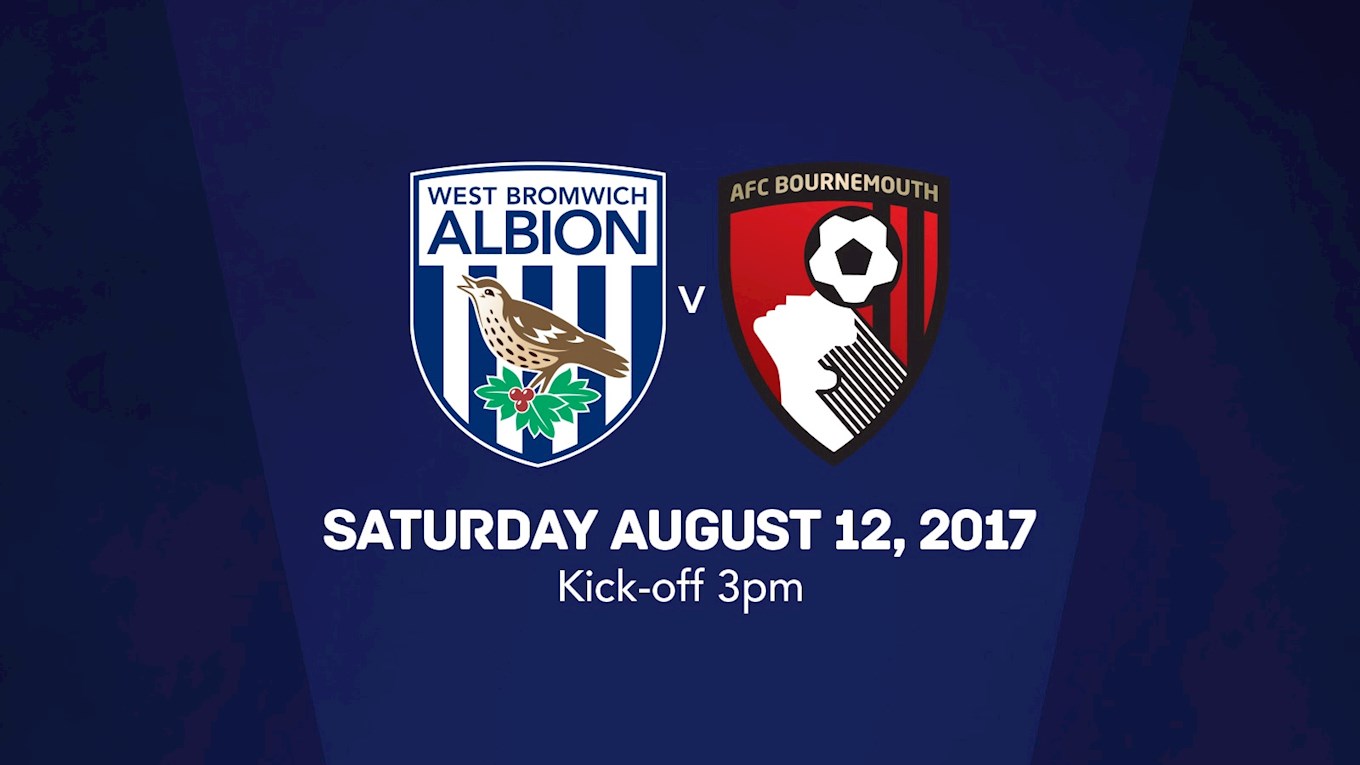 THE wait is finally over! Premier League football is back at The Hawthorns. And AFC Bournemouth are in town on Saturday (ko 3pm).

The opposition
Eddie Howe's men are set to embark upon their third consecutive season in the top-flight, something that would have been beyond Cherries fans' wildest dreams only a decade ago.
The 2017/18 season brings the latest chapter in a true rags-to-riches story for the south-coast club. A ninth-place finish last year will be a difficult feat to better. But with the likes of Jermain Defoe and Asmir Begovic added to the squad, they'll have a good crack at it.
Last time out
Albion brought up the Premier League 40-point mark thanks to a 2-1 victory over Bournemouth at The Hawthorns last season. Craig Dawson was on target with a cracker before Gareth McAuley hammered home the winner - probably the easiest goal he'll ever score! A knee slide from Daws after his rocket last time out
Stats
Last season saw Albion finish in the top-half of the Premier League for the first time since 2013. It also saw Bournemouth finish in the top-ten for the first time in their history.
That said, just six points separated Southampton in eighth and Watford in 17th.
From the archive
Here's the full story of February's victory - Albion's first over the Cherries in the Premier League.
Head to head
Meetings between the Baggies and the Cherries have been few and far between. In just 19 fixtures, Albion have won eight, drawn four and lost seven.
Ticket news
Seats are on general sale and are priced at £25 adults, £20 seniors (60+), £15 full-time students and young adults (22 and under) and £10 juniors (under-17s).

Under-11s with a Baggie Bird’s Brigade membership can get their hands on a ticket for this fixture for just £5, when selecting seats in the family area in the West Stand while accompanied by a full paying adult. Salomon Rondon heads home at the Vitality Stadium in May 2016
Follow the game
Comprehensive coverage of the clash with the Cherries is available on our all-new Match Centre.
You can find score updates on the club's social media channels.
Twitter - @WBA
Facebook - West Bromwich Albion
Instagram - wba
And you can listen to live commentary on WBA Radio, the only service that allows Baggies fans around the world - from Smethwick to the Sahara - access to uninterrupted live commentaries from every one of our competitive games.