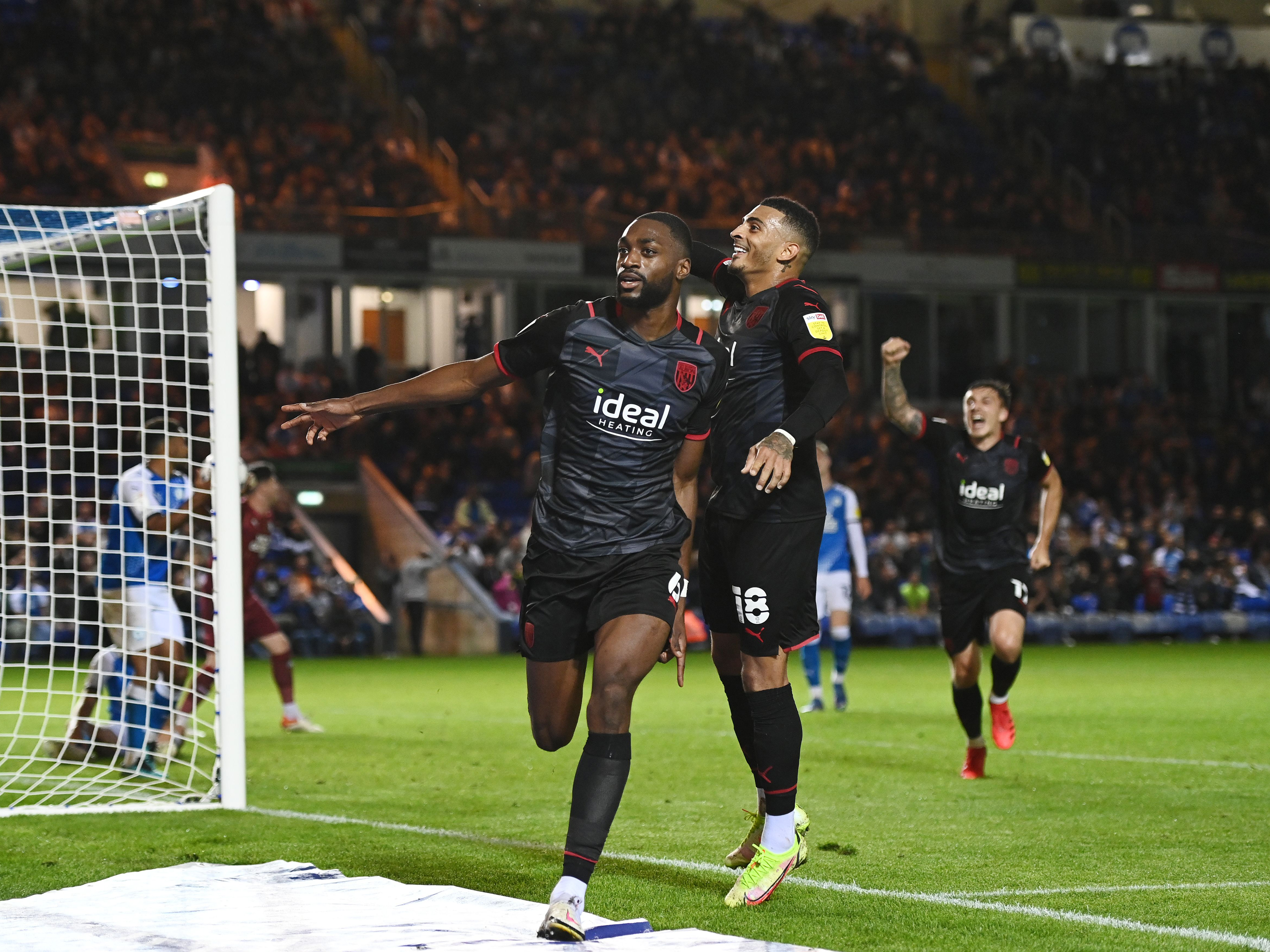 Semi Ajayi sparked spectacular scenes of celebration in the away end when he slotted home in the dying seconds at Peterborough recently.

And that goal got us thinking. When else have Baggies fans enjoyed the thrill of a 90th minute winner since the turn of the century?

We’ve picked 10 memorable last-minute strikes for you all to relive. Which one of these did you celebrate the most?

What a way to start. One of our most famous goals of all time, let alone famous late winners. Who could forget Igor's monumental strike from 12 yards at Valley Parade on that nail-biting afternoon in April 2002. Nerves of steel from the former Slovakia international. Perfectly slotted. A first promotion to the Premier League within touching distance. Goosebumps, every time.

Another huge goal to all but seal promotion to the Premier League. Step forward Jason Koumas. The Baggies were locked at 0-0 up in the North East in a key clash against an automatic promotion rival in Sunderland. With the game heading for a draw, Lloyd Dyer sprinted down the left and picked out the unmarked Wales international on the right side of the box. Koumas took one touch, steadied himself and calmly stroked the ball into the bottom corner to break Black Cats hearts.

Albion came from behind to beat Norwich City at Carrow Road in the 2006/07 Championship campaign, with Senegalese strike Diomansy Kamara bagging the winner in injury time. Canaries midfielder Dickson Etuhu powered home a header to give the hosts the lead after 58 minutes, but Sam Sodje blasted in an equaliser from inside the penalty area to bring the scores level. And with time ticking away, Albion went and stole all three points. The ball was worked to right side of the box where Zoltan Gera planted a perfect cross onto the forehead of Kamara to nod in and send the travelling fans into raptures.

Super Kev. Popping up in just the right place at just the right time. How many times has that phrase described the master marksman? His clinical headed finish gave Albion a huge three points up at Sheffield Wednesday in early March during the 2007/08 Championship-winning campaign. Phillips scored 24 goals in 38 appearances in all competitions that year, with few as important as his last-gasp strike in Sheffield.

What a game this was. It had absolutely everything. Seven goals, comebacks, drama and two goals in the final minute to turn a looming 3-2 defeat into a thrilling 4-3 victory. Relegation-threatened Colchester raced into a surprise 2-0 lead thanks to strikes from Chris Coyne and Medy Elito, but the Baggies fought back and went in level at the break courtesy of Kevin Phillips and Chris Brunt goals. United restored their lead with less than 15 minutes to play, but quite incredibly, Albion hit back twice in injury time to claim a memorable victory. James Morrison's deflected strike made it 3-3 before Roman Bednar's glancing header had The Hawthorns bouncing.

Roman Bednar's back! Not content with firing home one last-minute winner at The Hawthorns, he decided to pop up and do it again, this time against the might of Manchester City just nine months after crushing Colchester in the Championship. Albion took the lead through Luke Moore, but City equalised with less than five minutes remaining when the ball hit Scott Carson and trickled into the net. But the Czech forward had his sights set on delivering an early Christmas present to Baggies fans, rising highest to nod past Joe Hart before tearing away in celebration towards the corner of the Brummie. Scenes.

Albion hadn't beaten the Potters, home or away, for almost ten years before their trip to Staffordshire in January 2012. Stoke had gone ten games unbeaten against the Baggies and hadn't tasted defeat on home soil to us since September, 1982! So what a time for Graham Dorrans to step up and pick out the far corner in front of the away end at the bet365. Goals from James Morrison and Cameron Jerome had the game tied at one each heading into added time. Albion won a free-kick within shooting distance just left of centre. The Scottish midfielder delivered the ball into a dangerous area with a host of bodies blocking Thomas Sorensen's view, and before he knew it, it was bouncing back out of the net and past him onto the pitch. Cue limbs.

One of the most spine-tingling moments The Hawthorns has seen. Albion were staring relegation in the face as they went into added time at home to Spurs in May 2018, knowing only three points would keep their slim survival hopes alive. Nacer Chadli's corner caused havoc inside the six-yard box and Jake Livermore did just enough to squeeze the ball over the line. There was nothing special about the goal, but the jubilant scenes which followed as a result of that strike will live long in the memories of supporters fortunate enough to be at the Shrine that afternoon. Simply sensational. Many a tear shed.

The Baggies travelled to west London hoping to keep their automatic promotion chances alive towards the end of February in 2019. Confidence was high having won 2-0 at Villa Park just three days earlier and Darren Moore's men made the perfect start, scoring after just five minutes through Jefferson Montero. Luke Freeman equalised, Jacob Murphy put Albion back in front and then Tomer Hemed made it 2-2 from the spot. However, with time ticking away, Jake Livermore arrived on the edge of the six yard box at the perfect moment to slot home the winner in front of the travelling fans. A big goal. An even bigger celebration.

Charlie Austin just didn't feel pressure from the spot, did he? When the referee blew to award Albion a late, late penalty at Deepdale in December 2019, there was only ever going to be one outcome with the man who scored goals, goals, goals on the pitch. As confident as you like, firing the ball into the bottom corner to seal an important three points on the way to promotion. Nice one, Chaz.