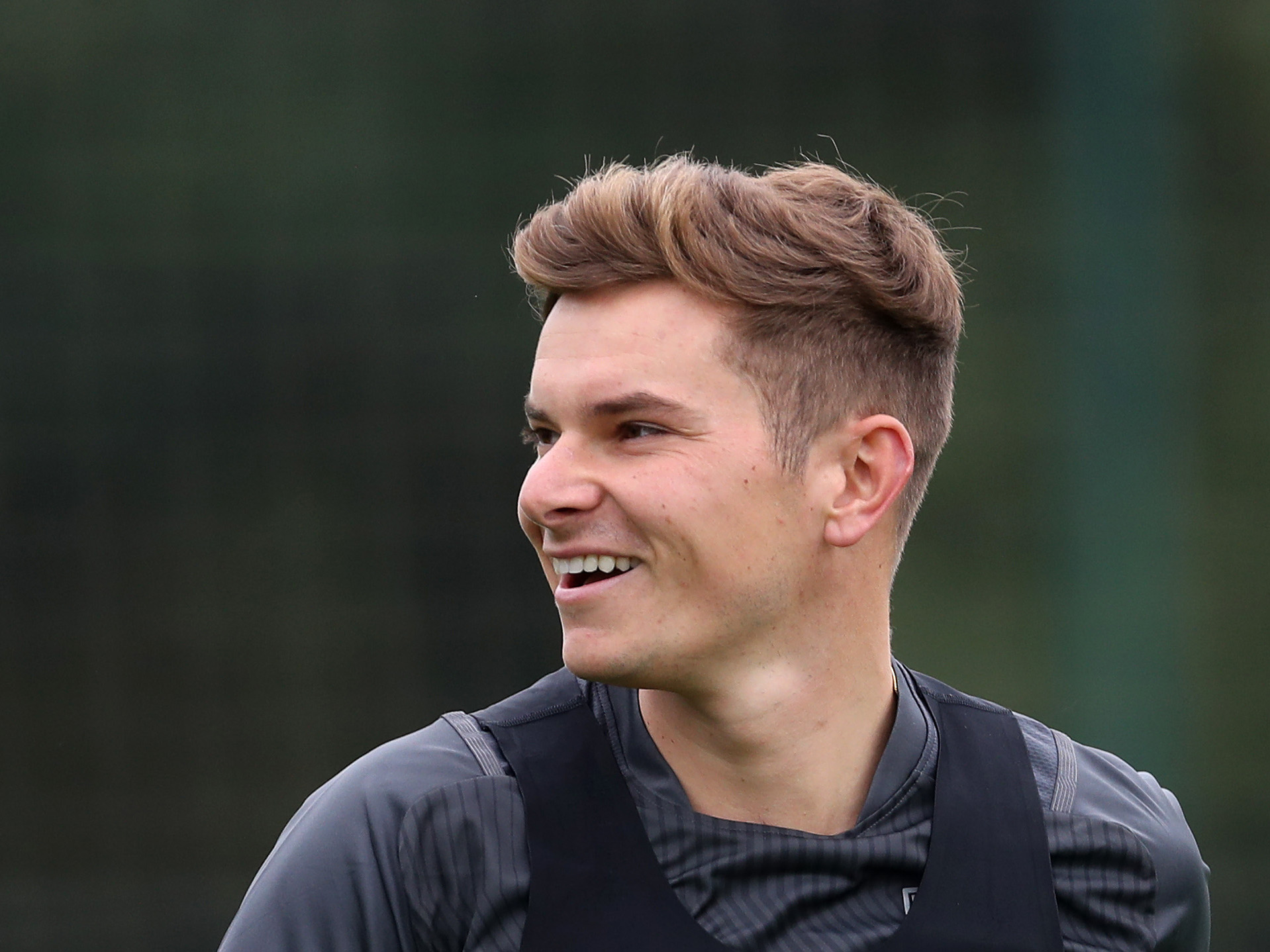 Albion wing-back Conor Townsend says he’s playing with “plenty of confidence” and producing some of the best football of his career at this moment in time.

The No.3, who is fast approaching his 100th appearance for the Baggies, has earned rave reviews from supporters and the club’s coaching staff for his impressive displays down the left so far this season.

Conor was awarded the Man of the Match trophy for his eye-catching performance in Friday’s 1-0 win against Birmingham City at The Hawthorns, playing a key role in both attacking and defensive areas of the pitch.

And the 28-year-old believes playing consistently has helped him improve further over the last 12 months.

Conor said: “It’s been a good start to the season for me personally.

“I’m really enjoying my football and the way the manager has asked me to play this season.

“Having a run of games helps with consistency and confidence.

“It’s still pretty early in the season and I’m sure there’s a lot more to come.

“I think my form at the moment is certainly up there in terms of playing the best football of my career.

“I set a standard for myself in the Premier League last season and I feel like I’ve just carried on from there.

“Now I’m playing in a wing-back role, hopefully I can start adding a few more goals and assists to my game.

“I’ve worked my socks off from day one at this football club and nothing has changed in my mind. I want to keep improving to try and become the best player I can be.

“I’m playing more games now than I was when I first joined, but I’m still working just as hard.

“Confidence in my own performances helps breed even more confidence. I’m happy with where I’m at but I’m determined to keep improving further.

“I’m enjoying playing further forward this season. We played it a little bit last season, but it’s certainly the way the manager wants us to play this year with Darnell and I as wing-backs.

“It allows us to get forward and play our part in attacks.

“We have the opportunity to get forward and really make a difference in the final third which is exciting, while still also carrying out our defensive duties at the other end.

“I think we both have the right balance of getting up to support attacks and getting back to defend when the opposition are pushing forward.”

Splendid showings this season have led to playful comparisons being made on social media between Townsend and former Brazil and Real Madrid left-back Roberto Carlos.

And although Conor says being likened to the legend is flattering, the defender admits being labelled ‘Conor Carlos’ on Twitter makes him chuckle.

“It makes me laugh when I see the Conor Carlos name thrown around on social media.

“I have no idea who started it or when it started, but it does make me laugh.

“It’s obviously tongue-in-cheek, but it’s still great praise when you think about it.

“I think I need to score more goals before we start mentioning Roberto Carlos and I in the same sentence.

“I had a chance the other night against Blues and embarrassingly I messed it up.

“Hopefully I can get a few goals this season.

“He’s one of the most famous left-backs in the world, alongside Ashley Cole.

“They were the two I watched a lot of growing up.

“They both had fantastic careers.

“The comparisons are clearly tongue-in-cheek like I say, but it shows that I am getting forward more than I used to and hopefully I can keep that going.

“The lads don’t give me any stick for it, which is surprising really because they are normally at me about something.”

Conor says if the Baggies want to stay near the top of the league, then putting winning runs together is something they have to do throughout the campaign.

“We want to get a run going now.

“We got a good win against Birmingham the other night and we’ve got a chance at Swansea to secure consecutive victories.

“We want to be a team which is at the top of the league and you need to put back-to-back wins together and go on big runs to do that.

“The games come thick and fast and we have a chance to win three games in a week.

“Swansea had a good win in a derby of their own last weekend so we know they’ll be full of life.

“It’ll be tough but we’ve got a game plan and hopefully we’ll be able to execute it.”