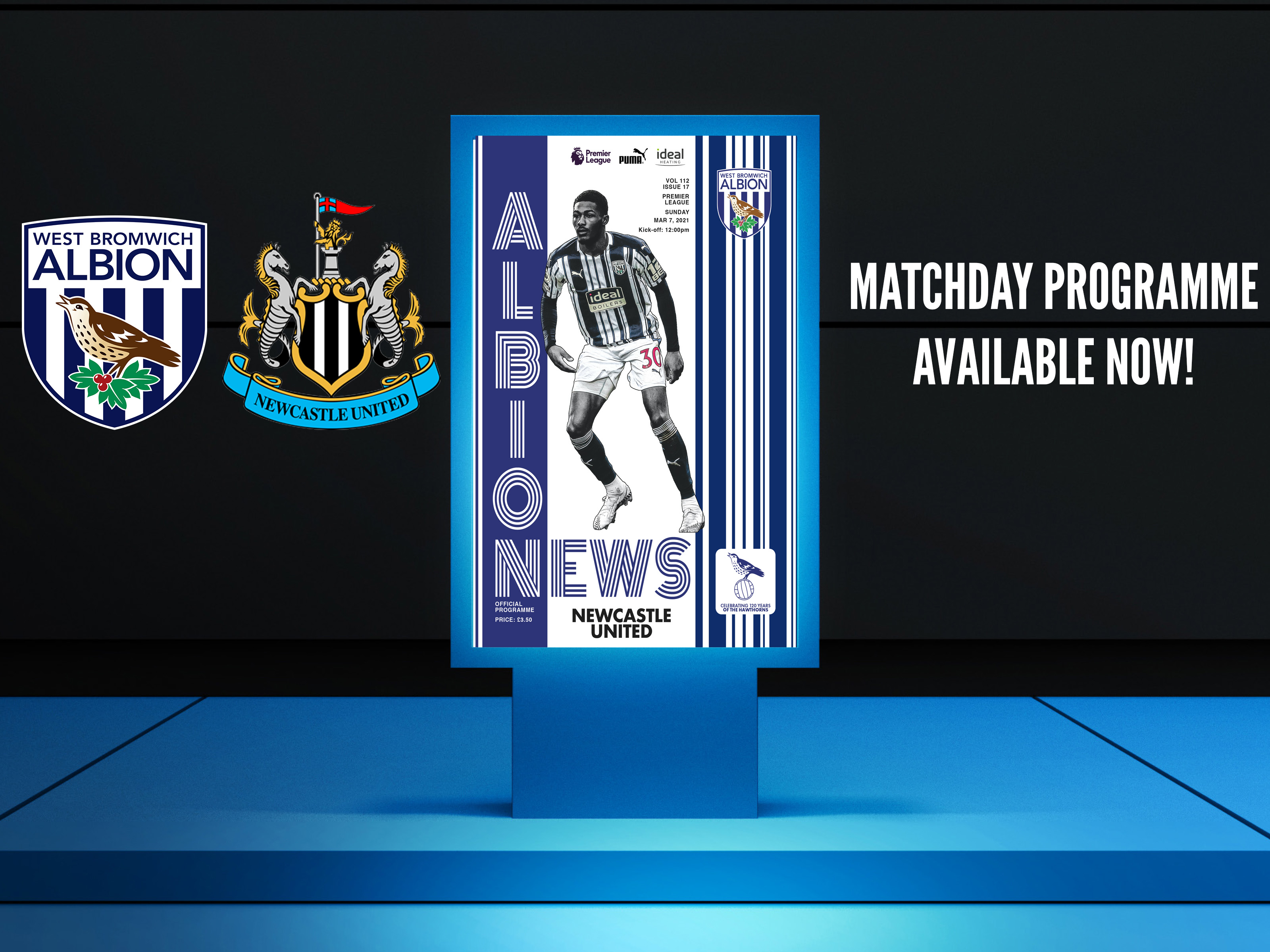 Ainsley Maitland-Niles is the cover star of Albion's third and final home game of the week as they get set to host Newcastle United on Sunday afternoon.

The Arsenal loanee has been a regular in Sam Allardyce's starting XI's since his move on deadline day. And the midfielder reveals what life is like playing under the Baggies boss in Sunday's Albion News.

Ainsley explains the differences between Allardyce and Gunners boss Mikel Arteta, reveals his thirst for a fight was a big factor behind his move to The Hawthorns, and the 23-year-old also discusses the pros and cons of his versatility for his future in the game.

With the Newcastle game falling within Level Playing Field's 'Week of Action', we bring you an important feature on the progressive work they've been pursuing in light of recent challenges this year.

An insight into the next future stars at The Hawthorns also takes a leading role in the Albion News as Under-18s boss Peter Gilbert explains the development, challenges and emerging talent battling through the Academy ranks.

Gilbert reveals the latest group of youngsters progressing through the system are one they have "high expectations for."

An insightful edition in store, which follows on quickly from Thursday's copy.

Conor Townsend was the star man at the front of the Everton edition which featured a passionate revelation about his commitment to the Albion cause, and the reasons behind his desire to remain in the west Midlands.