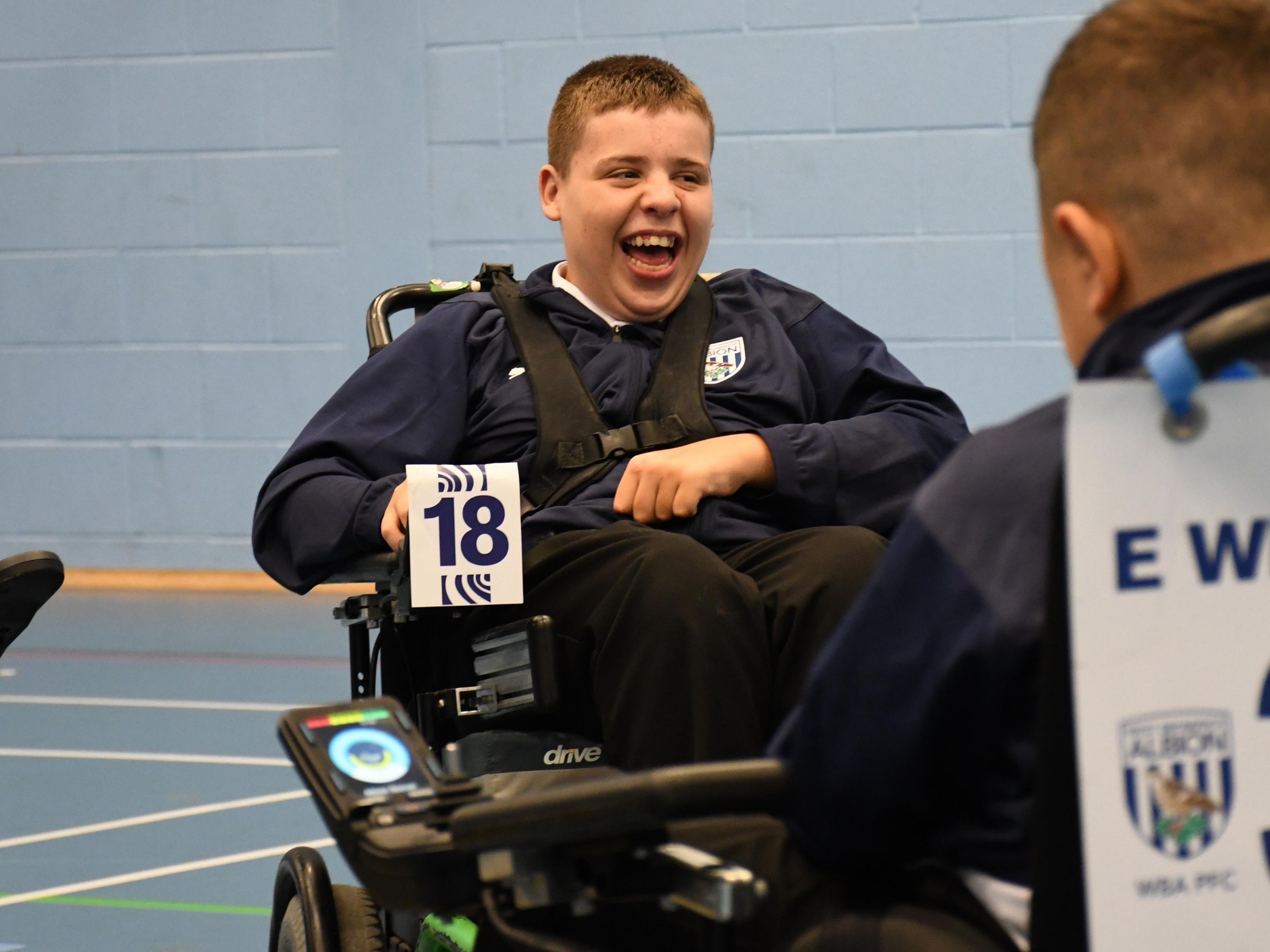 World Mental Health Day took place this year on Saturday, October 10, with the topic more relevant than ever with people coping differently with the Covid-19 pandemic.

Albion Powerchair player, Jonathon Davis struggled to come to terms with not being able to play his beloved powerchair football when the world went into lockdown in March, and as a result his mental health suffered.

However, since Jonathon has been able to return to college and study as part of the Powerchair Football Academy with The Albion Foundation and Queen Alexandra College, his wellbeing has taken an upturn compared to when he had nothing.

“I don’t think you realise how much you love it until it’s taken away for so long because it has been a struggle for me,” Jonathon explained about having no powerchair football to play.

“I missed it immensely. The only day I would have off was a Friday so from having all that and not have no football at all was very strange but also very upsetting,” he said.

Jonathon missing his powerchair football affected him so much that he needed outside intervention to try and help him, said Geraldine Davis, Jonathon’s mum.

"At first he was okay but then after a few weeks it really did affect him to the point that we did have to have some therapy,” said Geraldine.

“It’s these kids’ social lives, they aren’t able to just go out and have a run around the park and kick a ball around.

“It means such a lot to these kids and they’ve all missed playing the sport so much,” she said.

“Since coming back to college he has just woke up again. He’s bright again, he’s had contact with people, he’s talking about powerchair football again and really looking forward to the future,” Geraldine explained.

The Albion Foundation and Queen Alexandra College’s Powerchair Football Academy is a further education course that enables students to gain a qualification in Sports Leadership and learn in depth about powerchair football.