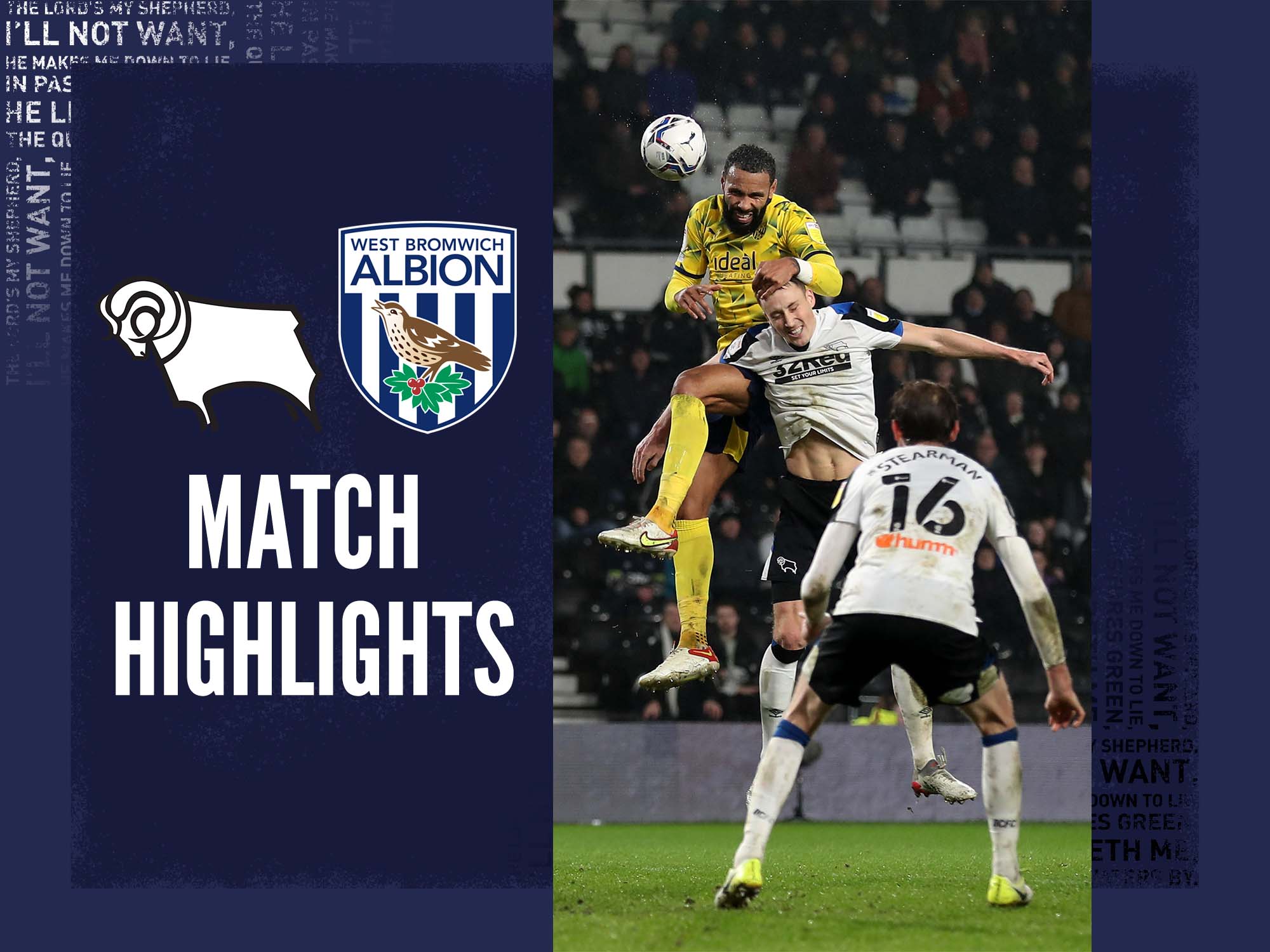 Watch free-to-view highlights of the Baggies' trip to Pride Park.

Albion were beaten 1-0 by Derby County in the Sky Bet Championship on Monday afternoon.

Colin Kazim-Richards’ second-half effort was the difference at Pride Park Stadium as the Baggies’ five-match unbeaten run was brought to an end.

Valérien Ismaël’s side are next in action on January 2 when they host Cardiff City.

The boss made three changes to his starting XI as Alex Mowatt and Karlan Grant, who missed out on the squad after returning positive Covid-19 lateral flow tests, were replaced by Jayson Molumby and Adam Reach. Grady Diangana also came in for Jordan Hugill.

The early exchanges saw both teams each create a good opening - Diangana forced a save from Ryan Allsop inside three minutes before Jason Knight fired over down the other end.

The Baggies’ best chance arrived seven minutes ahead of the interval when Jake Livermore superbly set-up Callum Robinson, but his low finish was denied and it remained goalless at half-time.

The visitors thought they had netted the first goal of the match shortly after the break, as Bartley headed home Reach’s whipped free-kick, only for the assistant referee to flag for offside and rule it out.

Instead Derby took the lead on 58 minutes, Kazim-Richards taking advantage of a defensive mix-up to score from the edge of the area.

Hugill and Academy graduates Tom Fellows and Taylor Gardner-Hickman were brought on in the final half-hour to try and salvage something, with the former seeing a header held by Allsop shortly after coming on.

Matt Clarke diverted Cedric Kipre’s cross over and Hugill side-footed wide, yet it was Allsop’s stoppage-time save to deny Bartley’s header that ensured the points stayed in Derby.