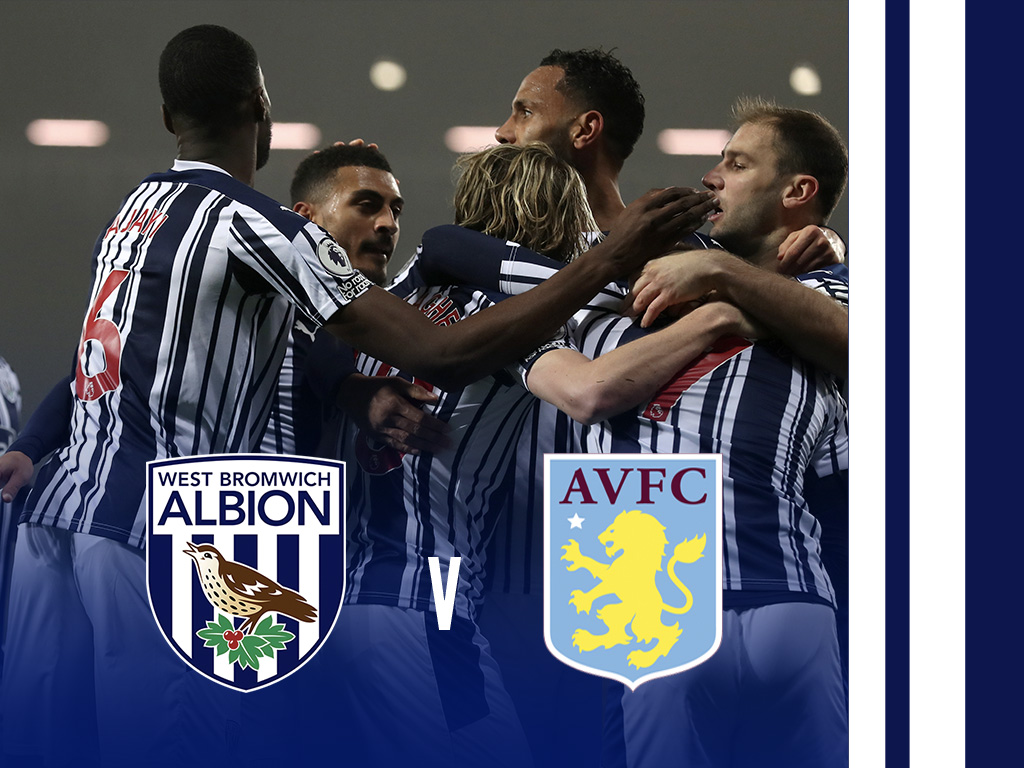 Sam Allardyce begins his tenure as Albion head coach with a local derby against Aston Villa at The Hawthorns on Sunday evening (ko 7:15pm).

Villa were held to a goalless draw during Thursday’s home clash against Burnley.

But they went into their game with the Clarets in high spirits after securing a late derby-day victory in their previous match against fellow Midlands rivals, Wolves.

Anwar El Ghazi netted a penalty in the fourth minute of stoppage time to help the Villans return to winning ways after defeat against West Ham in the game prior.

Lifelong Villa fan Dean Smith has been in charge at Villa Park for more than two years since taking charge of his boyhood club in October, 2018.

Smith, born in West Bromwich, plied his trade as a centre-back during his playing days featuring mainly at the likes of Walsall, Hereford United and Leyton Orient. And like his playing career, Smith began his managerial journey at the Saddlers where he stayed for four years before his progressive work was noticed by Championship outfit Brentford in 2015.

The Bees brought in several new signings, including current Baggie Romaine Sawyers, during Smith’s first full season in the capital. And Albion academy graduate Sawyers was part of the fast-paced passing style that the 49-year-old has successfully implemented at the club.

Three years in West London came to an end when Smith seized the opportunity to manage Aston Villa in October, 2018. He guided them through the Play-Offs and beat Derby in the final to seal their return to the top flight in 2019.

It was quite a return to the Premier League for the Villa, who drew 1-1 against West Ham on the final day in 2020 to save their status among England’s elite and reached the final of the EFL Cup at Wembley Stadium - only to lose 2-1 to Manchester City.

Jack Grealish has been one of Aston Villa’s main talking points since cementing himself as a regular first-team player at Villa Park.

The 25-year-old became Villa’s captain in March, 2019 and helped them win promotion back to the Premier League during the same year.

Grealish has amassed just under 200 senior appearances for his boyhood club and his impressive form hasn’t gone unnoticed at national level, with England boss Gareth Southgate calling the attacker up to the senior squad for the first time in August, 2020.

He earned his maiden cap from that call up, coming off the bench in the Three Lions’ Nations League match against Denmark in September.

Grady Diangana will be keen to build on his return to the XI on Tuesday night when the Baggies take on their local rivals this weekend.

The pacey winger was forced further back in midweek against Manchester City and handled his defensive duties very capably, as he helped Albion secure an important point against the Premier League title contenders.

However, the 22-year-old will hope he can use his attacking strengths on Sunday night and make a positive impression on new head coach Sam Allardyce.

An Albion News not to be missed as we hear the first thoughts of newly-appointed Albion head coach Sam Allardyce, as well as an exclusive interview from Grady Diangana.

We have four pages dedicated to the gaffer’s first interview after his arrival at The Hawthorns. The Dudley-born boss is relishing the prospect of starting his tenure with a local derby this Sunday, as he outlines what he wants to implement and how the Baggies can improve under his guidance.

Grady Diangana also features in an exclusive interview as he discusses his artistic talents, getting that first top-flight goal, family heritage and the forward-thinking mindset he’s developed as a result of his experiences at The Hawthorns.