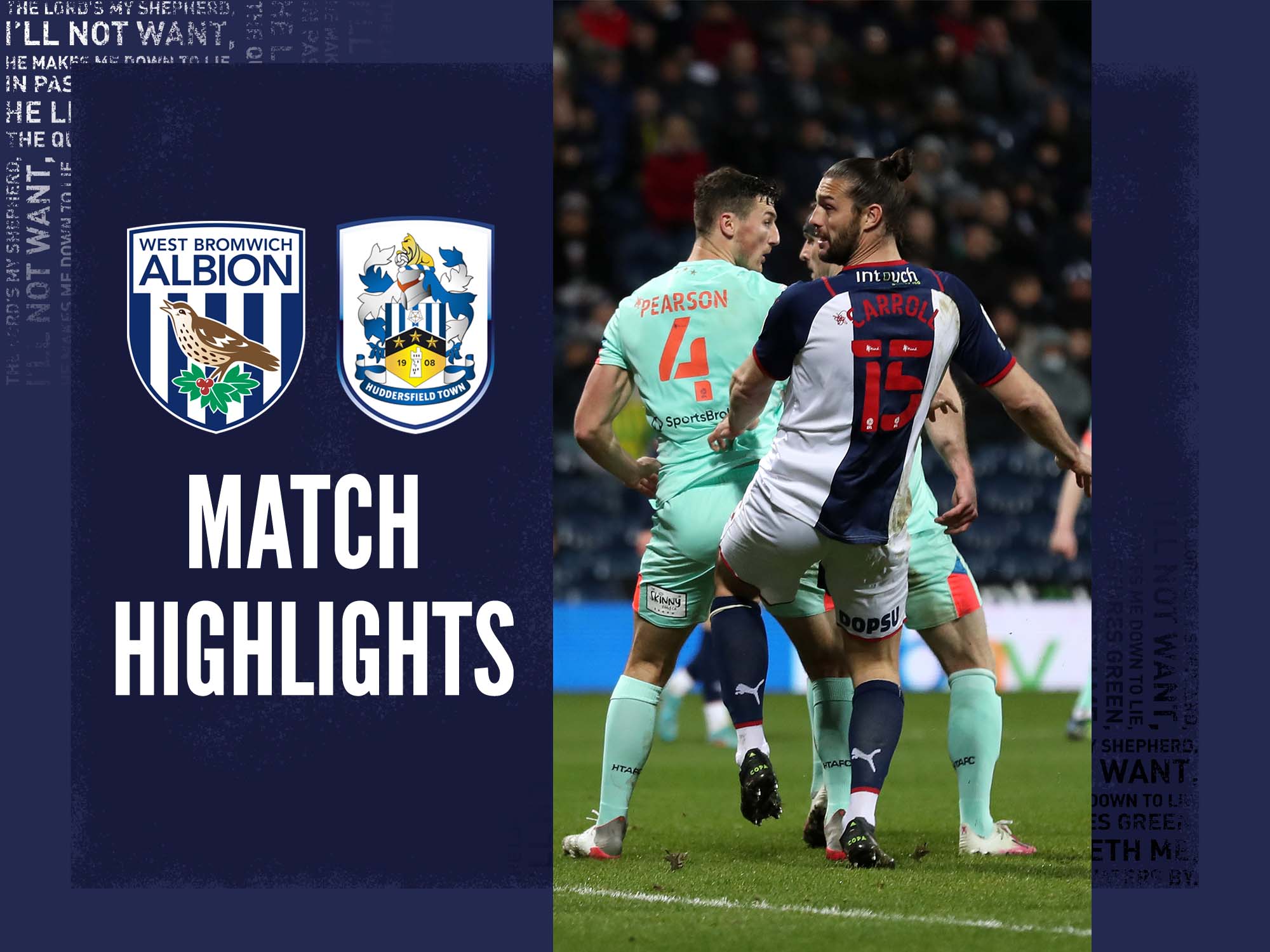 Watch free-to-view highlights from an eventful evening at The Hawthorns.

Albion staged a dramatic comeback to draw 2-2 with Huddersfield at The Hawthorns on Friday night.

Either team could have stolen it at the death in an enthralling finish, but they instead settled for a point each in B71.

Steve Bruce named an unchanged line-up for the visit of the Terriers, with all 11 players keeping their place from last weekend’s win at Hull.

And they started on the front foot – Alex Mowatt almost giving them an early lead when his spectacular volley had to be brilliantly saved by Lee Nicholls.

The atmosphere was up and Albion were creating opportunities, however couldn’t take advantage of multiple corners and long-throws.

Huddersfield weathered the storm well and it was them who managed to grab the lead on 24 minutes, Ward closing down Sam Johnstone’s clearance and diverting the ball into the net.

The Baggies tried to hit back – Kyle Bartley guiding both a bicycle kick and a header over – but couldn’t find a leveller ahead of half-time.

Much like in the first period, Albion came out quicker and almost netted – Jake Livermore winning possession to set-up Taylor Gardner-Hickman, however his curling effort dropped just wide.

Again, though, Huddersfield scored next, Ward on-hand to tap home a rebound from close-range despite strong Baggies calls for a foul on Carroll in the build-up.

Straight away Callum Robinson saw a good penalty shout waved away by referee Matthew Donohue as the hosts tried to get back in the game – but they were awarded a spot-kick with eight minutes to go, which Karlan Grant converted to create a grandstand finish.

And the comeback was soon complete thanks to substitute Carroll’s fantastic header into the bottom corner from Semi Ajayi's cross, his maiden goal since joining in January.

Grant smashed the crossbar in the final minutes before Carroll turned saviour down the other end, clearing a Town chance off the line and ensuring a thrilling game ended 2-2.