Jenkins - We want to finish season on the pitch 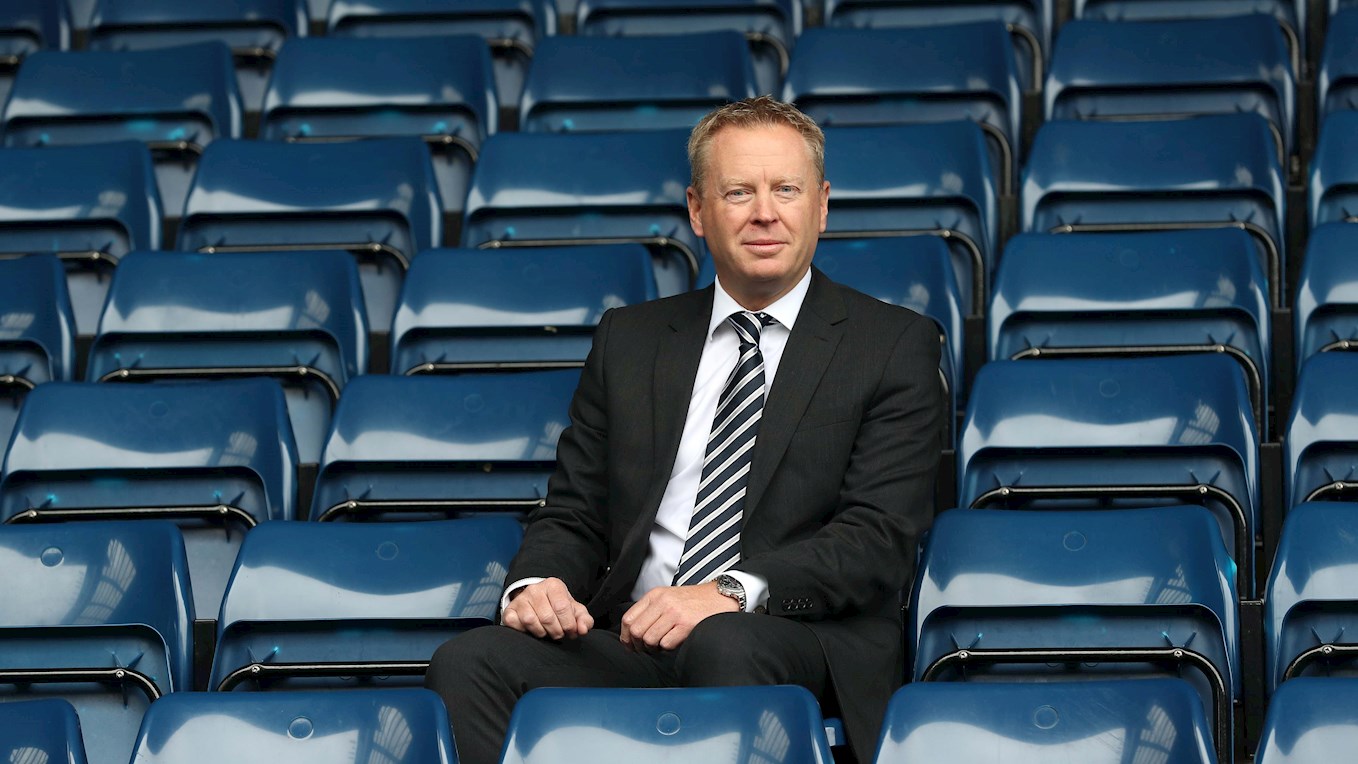 Chief Executive Mark Jenkins says Albion will throw their full support behind the EFL’s roadmap back to action to conclude the 2019/20 Sky Bet Championship season on the pitch.

The Baggies today began a new phase of training which will see them able to conduct small-group sessions while strictly observing all safety protocols.

Albion and their Championship rivals will vote later this week to ratify the Return to Training Protocols issued on Friday by the EFL.

If these are approved and training is successful this week, the Club eagerly awaits the next set of protocols focused on a return to full-contact training with the ultimate aim for a restart of fixtures later in the summer - which would see Slaven Bilić and his players complete the nine remaining scheduled fixtures behind closed doors.

But Mark has made it clear that Albion are fully behind plans to complete the campaign out on the pitch.

In an update for Albion fans today he says: “We certainly welcome the clarity the EFL have now provided as to its future intentions in terms of resolving the conclusion of the 2019/20 season.

“However, let me say at the outset that West Bromwich Albion’s position in this remains the same now as it was back when fixtures were halted - the Club is resolutely behind finishing the campaign, if it is at all possible, where it belongs and that is on the pitch.

“We take comfort that this is also the apparent wish of all the governing bodies and the majority of our fellow Championship clubs.

“From the moment that the path was cleared for the players to return to training, albeit in a regulated and strictly-controlled format, our mindset has been focused solely on being in the best possible shape, physically and mentally, to complete the remaining nine league fixtures.

“Up to the point of the lockdown, we had enjoyed an excellent season from Slaven and the players and we all remain firmly behind them and their ability to finish off the job in a manner which would befit an exceptional and unique campaign.

“To that end, we are gearing up to be ready to stage games behind closed doors at The Hawthorns while observing all anticipated safety protocols.

“As Slaven has made clear, the players have applied themselves to their individual training programmes diligently and returned to training in excellent shape, mentally and physically, for the challenges ahead. We will continue to do everything we can in challenging circumstances to support their efforts.”