'It's not a weakness, it's being strong' 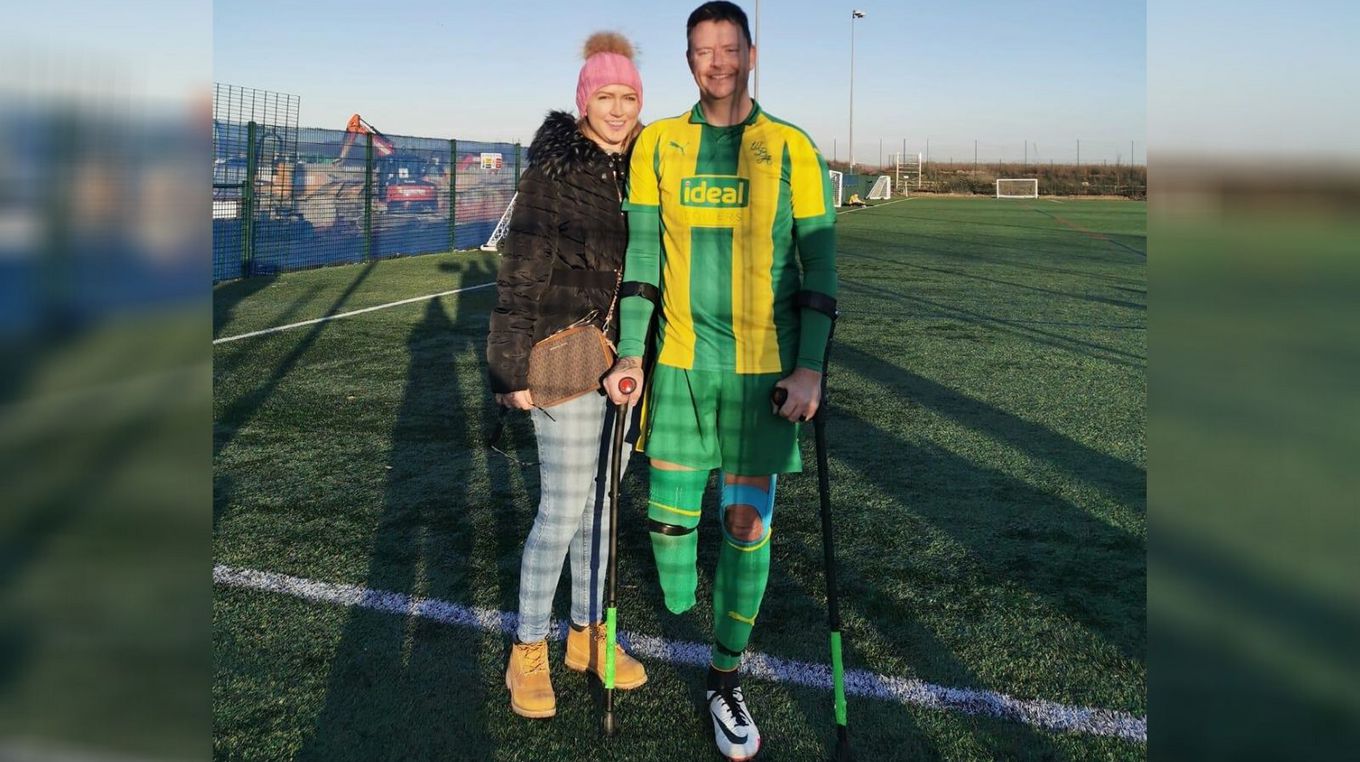 When it comes to mental health in men, there is a stigma around talking and being open with how you feel, but Albion Amputees player, Si Collinson, has spoken honestly about his story to hopefully make more men realise that it's good to talk.

Formerly of the British Army, Si's car crashed in a training exercise in Canada, leaving him hospitalised and being told he'd never walk again.

His physical health in his right leg was unrepairable, and his mental health began to detoriorate alongside it.

His wife encouraged him to seek help and speak to someone about his feelings, and slowly he began to get back on track.

Now, in Mental Health Awareness Week, he's encouraging others to do the same if they are struggling inside.

"I'd gone from the pinnacle, my life was sweet, my family life was good and my career was going places, to potentially not being able to walk again," Si said.

"And being thousands of miles overseas had a massive impact on me.

"Suddenly one day it just hit me. I thought the physical injury was what I should be worrying about, but actually it was the mental side," he said.

"I just felt like I was in a dark room and life had just stopped for me.

"The main takeaway for me is that you've got to open up. No matter how tough it may seen or how bad life is.

"I needed help, I needed someone to sit down and talk to. It's not a sign of weakness, if anything it's being strong.

"My advice to anyone no matter how bad things may be is just, go and talk to someone," said Si.

Since having his lower right leg amputated, Si has gone on to play for Peterborough United Amputees and now is plying his trade with Albion's Amputees in the England Amputee National League Championship.