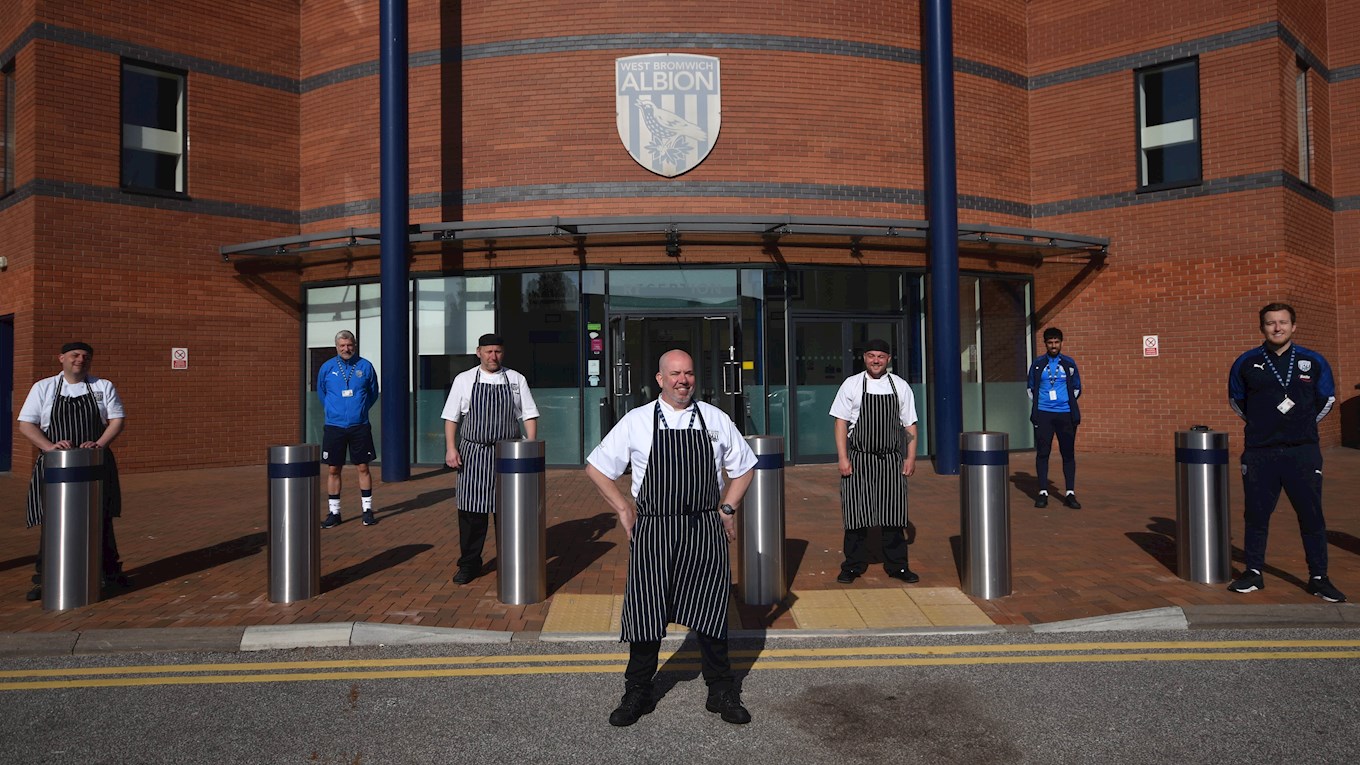 Albion have re-opened The Hawthorns kitchen in order to prepare more than 1,000 meals per week for distribution to children across Sandwell.

The Baggies successfully launched Hawthorns Hot Meals in April and have since delivered 2,534 dinners in the local community.

The Club’s Executive Head Chef Sean Byrne and his team have worked tirelessly to cook the meals, with Albion Foundation staff on hand to deliver to 61 local schools.

The meals are then redistributed by schools to children they believe may otherwise be going without important nutrition during the economy-stopping pandemic crisis.

“We identified that there are some families really struggling to feed a full household three meals per day.

“The schools choose the families who need these meals the most and we deliver knowing it is going to the right people."

“We’re doing what we can to weigh in during this crisis,” said Mark. “Rob and his team have been working closely with the schools to identify children who may be going without at this time.

“That’s something we know every single Albion supporter would want us to try to alleviate. We want to contribute in areas where we can really make a difference and this is certainly one of them. These are hard times for many, many people and it’s important they know we are here to help where we can.”

Albion’s help has been a big lift to the schools with Joy Agbonlahor, from Sacred Heart Primary School, summing up its significance.

“This is such a lovely idea and will be welcomed by our families,” she said. “We have chosen those most at need - one family has no cooker - which we didn’t realise until we asked them if they would like meals cooked by West Brom.

“We will now go and purchase a cooker for them but in the meantime they are so grateful for what you are doing for them as are we as a school.”